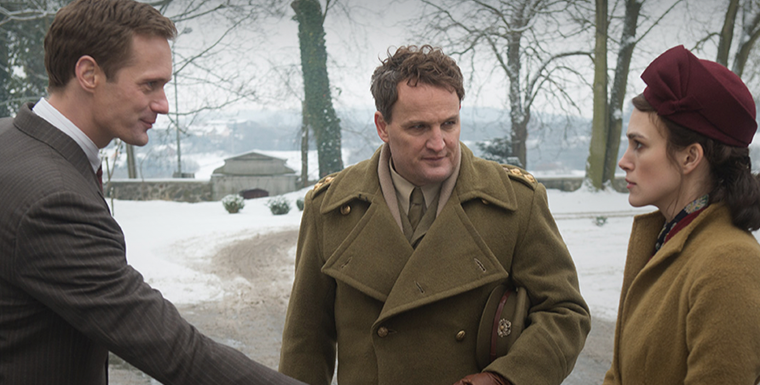 Directed by James Kent | Written by Joe Shrapnel, Anna Waterhouse, and Rhidian Brook, from a novel by Brook | 108 min | Disney Plus and On Demand 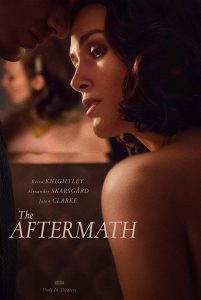 Have you seen the trailer for this film? It’s been floating around in front of indie pictures for months now, and it’s the quintessential spoilery preview, sharing scenes from deep in the second act.

If you haven’t seen it, I won’t tell you as much as it does. We’re in wintry, post-war Hamburg, digging out from the rubble of Allied bombing. The British military is overseeing the recovery; Colonel Lewis Morgan (Jason Clarke, his Aussie accent poking up through his English like crocuses through the snow) is joined by his wife, Rachael (Keira Knightley). They take over a local mansion belonging to Stephen Lubert (Alexander Skarsgaard), displacing him and his teenaged daughter, Freda (Flora Thiemann). 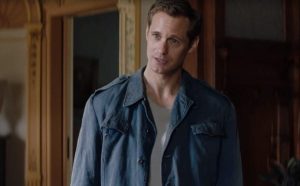 Lewis’s work takes him away most days, leaving Rachael alone in the big house with Stephen, Freda, and the servants. Stephen is doing his best to be accommodating, though Rachael is brittle and uncomfortable being there. Lewis, forever gracious, doesn’t want to throw the German family out of their own house, and suggests they stay in the attic. Meanwhile, Freda is getting friendly with a young man with Nazi affiliations, and her father is in the middle of being tested by the Brits for his own wartime associations with the National Socialists. Rachael feels abandoned by Lewis, and it turns out she and Stephen have more of a connection than she first suspected.

This is all very good-looking, melodramatic stuff. The plot pivots gracefully from turn to turn, and amongst the gorgeous lighting, sets, and costumes, the actors go through the appropriate motions, letting gravity and an odd sort of inevitability bring bodies together and kick them apart. Attractive people find each other irresistible in these kinds of stories. There are a couple of sex scenes that satisfyingly steam things up in the second act, but not with much lasting effect. Time spent in certain subplots end up being red herrings or dead ends, and before long you’ll be seeing paths ahead before the characters do, wishing for it to turn into a revenge thriller. 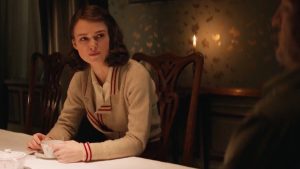 It’s comfortable, diverting, and inoffensive, but that doesn’t make it special, especially with a deeply misjudged conclusion—the film presents little evidence that what happens is a good thing for the characters, or anything the audience would cheer for.

Here’s a reference Haligonians will appreciate: The Aftermath feels like the kind of middlebrow movie that would’ve camped out at The Oxford for six weeks while better pictures opened for a week on one screen at Bayer’s Lake.