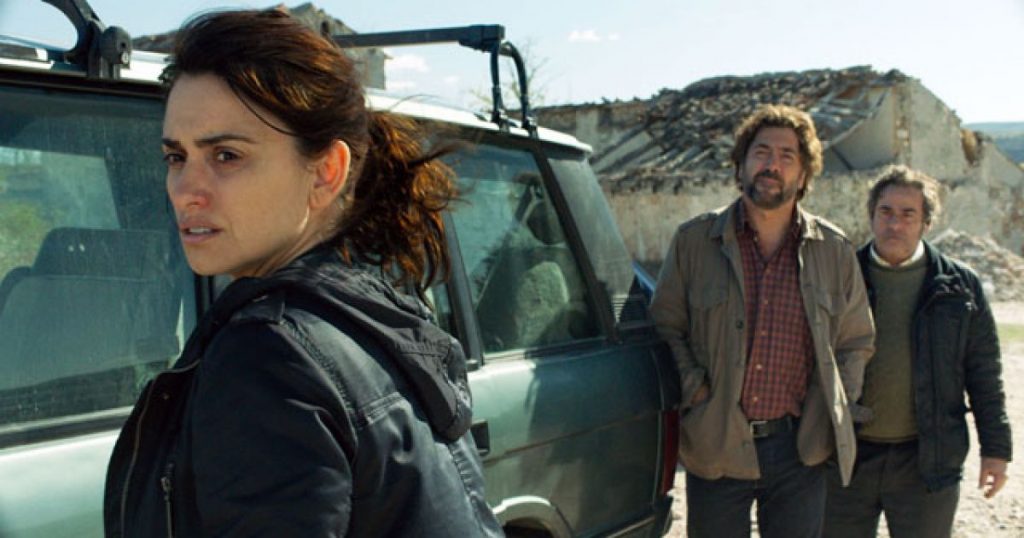 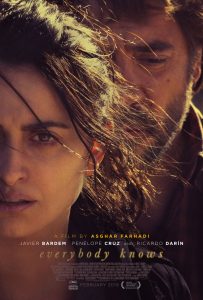 Two of Iranian auteur Farhadi’s last three features won the Best Foreign Film Oscar, A Separation in 2011 and The Salesman in 2016. In between those two was The Past,  also excellent. Farhadi is a humanist filmmaker, who roots his social realist tales in character and family. They crackle and compel,  whether set in Tehran, Paris, and the outskirts of Milan. This time he doubles down on the family melodrama, directing a film in Spanish when he doesn’t speak the language, which must’ve been a challenge—he apparently communicated with his cast in English. Everybody Knows is another involving drama, but it does miss the heights of Farhadi’s recent work.

Laura (Penelope Cruz), is a Spaniard who married an Argentine, Alejandro (Ricardo Darin, of the original Secret In Their Eyes), and moved to Buenos Aires. She’s back in her rural hometown for a family wedding, along with her son and teenage daughter, Irene (Carla Campra). Laura’s childhood love, Paco (Javier Bardem), was once the son of a household servant. As an adult he married and purchased land formerly owned by Laura’s family, starting a successful vineyard. The wedding is a raucous affair, but when the power goes out, Irene is abducted. The kidnappers demand a ransom, and seem to know a lot about the family secrets. 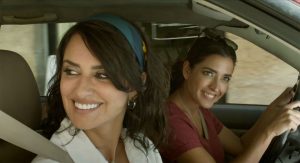 Anyone who’s seen A Separation and The Salesman will recognize Farhadi’s narrative pattern, the clever way he uses the opening act to introduce his characters and set a tone—the inciting incident arrives at about the 25 minute-mark and everything changes from there. He’s done it again here, serving up a great party and a seemingly loving family, but following it with a mystery and intrigue as the various generations explore all the possibilities of what might have happened to Irene, and what could’ve motivated the kidnappers to have taken her in particular.

Where he missteps is the set-up promises a cracking thriller, offering room for secrets and lies via a large ensemble cast of characters with shifting politics, loyalties, and backstories. He even thinks of having the wedding shot by an eye-in-the-sky drone, which should have offered clues to who might have slipped Irene a mickey. But the opportunity for suspense is never capitalized on, and instead we get one scene after another of characters digging up long-buried family history and blaming each other for collusion with the kidnappers based on some pretty flimsy evidence and sudden paranoia. It makes for a lot of drawing room histrionics. The performances are solid from all, especially Cruz and Bardem, but any chance to turn this material into a sharper, sexier crime thriller, is dropped for revelations that aren’t actually very much of a reveal. For instance, anyone who had any doubt about Irene’s true parentage hasn’t been paying attention. 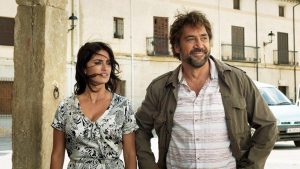 Farhadi is unique and gifted, but he isn’t really a genre filmmaker, and he’s certainly not Agatha Christie. He simply won’t lean into the more pulpy aspects of Everybody Knows. As it is, this is a soapier, somewhat less gripping yarn than we might’ve expected, given his previous work.

And if you’re like me, you’ll be disappointed the soundtrack doesn’t include a Leonard Cohen cover in Spanish.