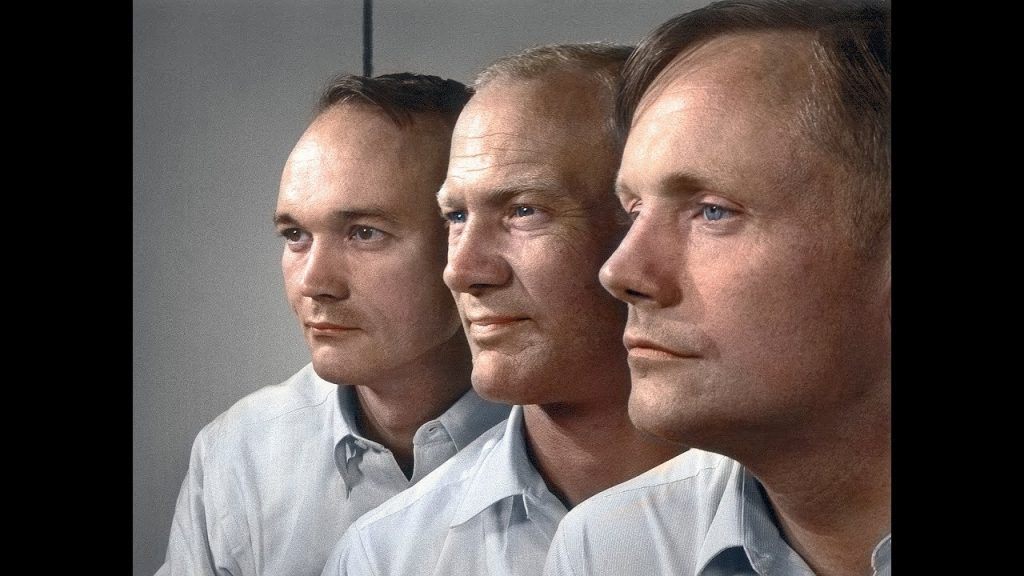 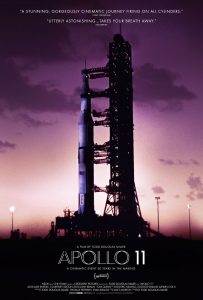 In the opening few minutes of this startling documentary, we see the enormous, mobile machines and space-age technology that helped send three astronauts to the moon in July, 1969. Then the men themselves are introduced via a brief montage of images, a collection of black and white photos from their lives, their childhood, marriages, work, and families. Just a few minutes in and it’s already a more captivating drama than most of First Man.

The director and his collaborators have found reams of film and audio from NASA and the U.S. National Archives and brought it out into the light. It’s a loving act of restoration, with key imagery we’ve seen for ages joined by interstitial footage we’ve never seen. There are no present day interviews, no narration, just sharply defined moving pictures of bespectacled men in white shirts, crowds of thousands gathered for the launch, and then the mission itself, with a few added designs and timers to help clarify the enormity of what was accomplished, and add suspense. 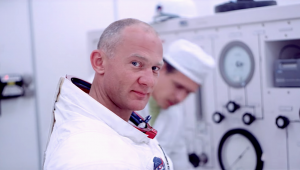 To watch this now, from the vantage point of nearly 50 years, delivers a strange, mnemonic vision. It reminds me of Jazz On A Summer’s Day, the wonderful Bert Stern doc shot at Newport in 1958. It’s a portal to another age, so far away but so close, and all disconcertingly vivid. How could people dress that way, speak that way? How could they manage to send three men to the moon when I carry more computing power in my pocket than they had in all of Mission Control? 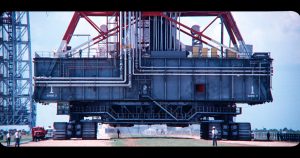 The immense amount of work—and what they achieved in design, mathematics, and engineering—is on display, but so is the optimism of the generation, everyone pulling together for a shared ideal. In our fractured time, politically, socially, and socioeconomically, it’s hard to imagine these days we could get behind this kind of thing. We’ll see if Mars ever happens. 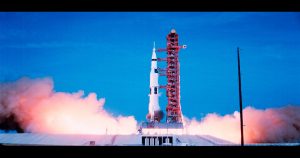 But Miller also includes snippets of Walter Cronkite’s news that week in July, the scandal swirling around Ted Kennedy and Vietnam. The larger culture is there, just outside the frame. Right on screen there’s plenty of evidence of the people who stayed in their lane and the white men who got all the opportunities. As it’s announced two women will spacewalk , we can watch how so few women were involved in this effort to put men on the moon, or so few people of colour amongst the technicians in Florida and Houston. Apollo 11 is a testament to a monolithic homogeny that can’t be denied, something that only now is really starting to fragment.

Unfortunately, due to the imminent arrival of a certain Marvel superhero movie, Apollo 11 won’t be in IMAX locally. Still, see it on the big screen for its unblinking vision of the near past, and what they did.