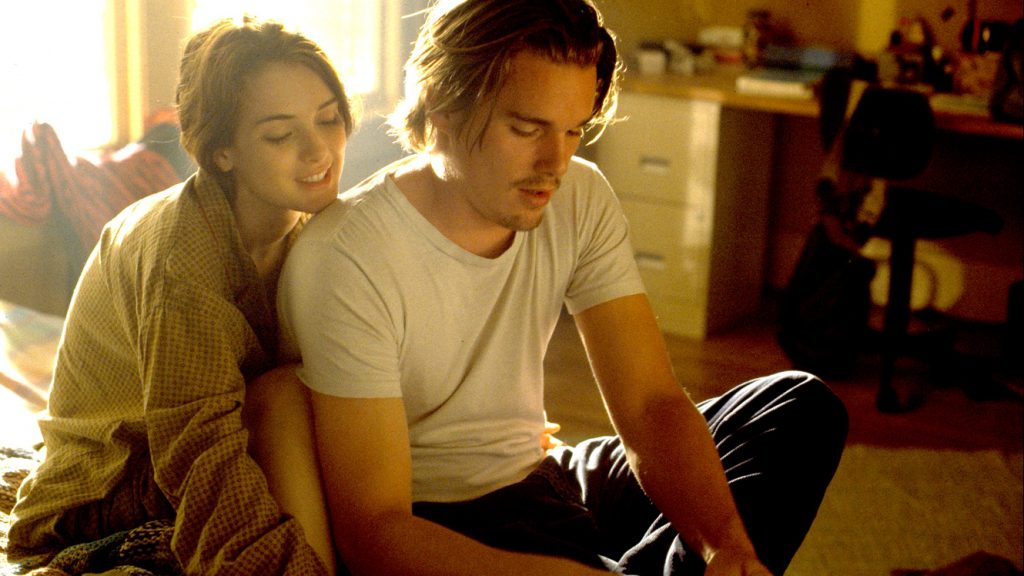 This post is borne out of a conversation that came up between friends some time ago, about the how some pre-existing songs have been used so successfully in film to make them forever joined with said film in my mind and heart. In some cases it’s because the picture introduced me to the song, or the specific performance of the song, and in some cases it’s because the director chose to use it in a way that, to me, is indelible.

If you have your own suggestions, feel free to share in the comments. 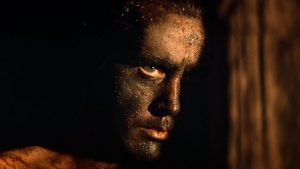 The Doors “The End” in Apocalypse Now

There’s been that Oliver Stone Doors biopic, and “The End” didn’t feel nearly as essential in it as it does accompanying the symphony of napalm in the opening sequence of Francis Ford Coppola’s insane Vietnam war opus.

“Rhapsody In Blue” by George Gershwin in Manhattan

Say what you will about Woody Allen, and the plot of this film in particular, the marrying of image and song has rarely felt so note perfect as when Gordon Willis’ black and white cinematography is assembled in that opening montage, with George Gershwin’s music ringing out over the rooftops.

“Feel Like A Number” by Bob Seger in Body Heat

It’s not just the film, but Mickey Rourke who I associate with this song. His potent two-scene cameo in Lawrence Kasdan’s sultry noir helped in no small way to make him a hot property in Hollywood. I’ll never be a big Seger fan, but the odd time this song shows up on the radio, I think of the scene where lawyer Hurt is preparing an explosive, and his ex-con client is singing along with Seger, but advising against the use of any of this stuff.

“In-A-Gadda-Da-Vida” by Iron Butterfly from Manhunter

I’ve often found this song a terrifying, interminable assault, but sometimes that’s exactly what you’re looking for in music. Michael Mann put it to excellent use in the climax of his great serial killer movie.

“Werewolves of London” by Warren Zevon in The Color of Money

Martin Scorcese is known for utilizing the cream of classic rock in his soundtracks, and The Color of Money is no exception, bringing Don Henley, Robert Palmer, and Robbie Robertson on to record new material for the movie, but it was having Tom Cruise’s Vincent  reveal his inner asshole, sweeping the table to Zevon’s biggest hit, that really stuck. (Sure, there’s at least one other Tom Cruise performance associated with a particular piece of music, but that just felt a bit too obvious to me.)

“All Along The Watchtower” by Jimi Hendrix in Withnail & I

“Two riders were approaching, and the wind did begin to howl.” Withnail and Marwood have the means to escape the city, and they take it, leaving it to crumble behind them. It’s cool and funny and thrilling and bleak, all at once. And, later on in the movie, Hendrix is utilized again with “Voodoo Chile (Slight Return),” though this one is the nuts, right here.

“My Sharona” by The Knack in Reality Bites

By the time Reality Bites arrived in the cinemas, the 1980s were solidly in the rearview mirror, and all the pop of that era, or even the late ’70s, felt terminally uncool. But that’s what’s so great about what Ben Stiller did here—he conjured this amazing scene where the deeply stoned characters played by Winona Ryder, Steve Zahn, and the effortlessly cool Janeane Garofalo dance at the Food Mart, while the deeply greasy and embarrassed Ethan Hawke tries to ignore them. I always figured because the music was out of fashion, Hawke’s character’s snobbiness and discomfort is writ large, and it’s hilarious.

“Across 110th Street” by Bobby Womack in Jackie Brown

I am sad to report my knowledge of ’70s soul sounds is still lacking, but it was almost non-existent back in the late ’90s when Quentin Tarantino’s third feature arrived in cinemas. At least now I’ve seen a few early ’70s Blaxploitation pictures, including the crime thriller from 1972, Across 110th Street,  where the song first appeared. Tarantino repurposed the track for his film, using it during the title sequence (see below), and to introduce  the eponymous character played by Pam Grier as she rides the moving walkway at LAX.

I feel like this has been parodied maybe once too often, but every time I watch the movie I get a thrill right down to my socks when it comes on. It crystalizes what the film does so well—the feeling that all these characters, the band, the band-aids, the crew, the driver, even the music journalist, are on this adventure together, on the road, and this is where they belong. Cameron Crowe may struggle valiantly and never again come close to the sheer poetry of this scene. (A wonderful alternative from the same film, though not quite as affecting, is the “Mona Lisas and Mad Hatters” scene.) 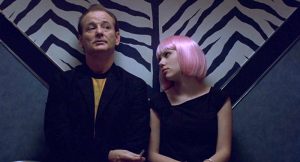 Makes sense that I’d pick a song from the father’s film to start with, and the daughter’s to finish. I don’t think I’ve ever been a huge fan of this band, but I had a passing familiarity with the song before the movie. Now, when I hear it, it’s Tokyo and Charlotte and Bob and whatever it was he whispered to her, that’s what I think of.