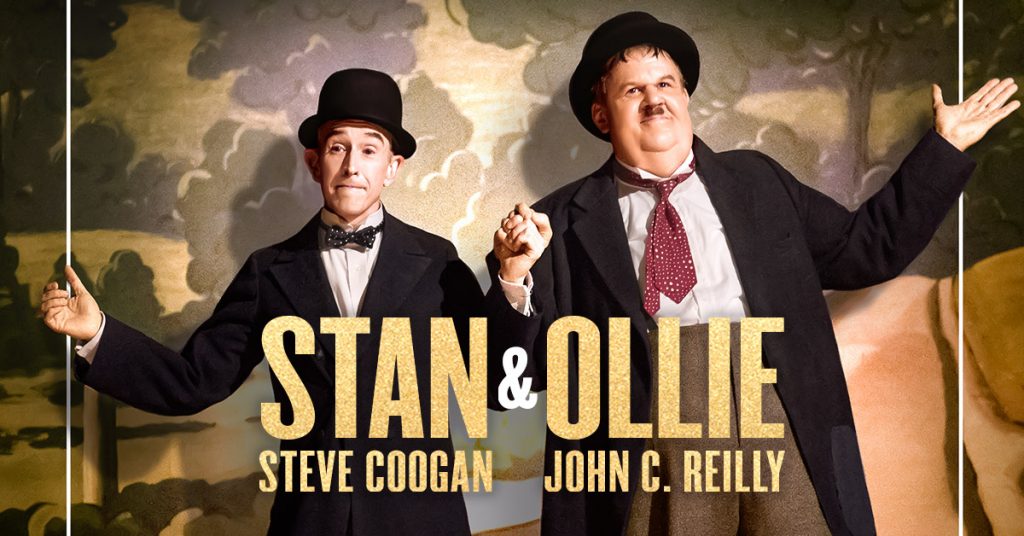 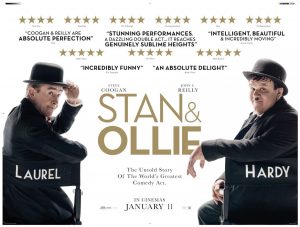 If you’re a Gen Xer or older you should remember Stan Laurel and Oliver Hardy, the comedian duo who peaked in the late ’30s, but their short films—heavy on the slapstick, with Laurel the meek, dimwitted stooge, and Hardy the stern, overbearing bully—were played on television in the years following World War II, all the way into the 1980s. This biopic tells the story of their final live tour together around England and Scotland, with Hardy’s health beginning to fail, and the relationship between the performers strained by bad blood in the past. 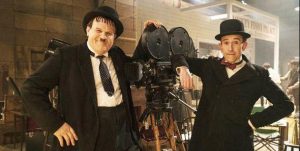 What works in the film is the warmth between the leads: Steve Coogan does a light impersonation of some of the recognizable tics we associate with Stanley Laurel, but mostly he’s the guilt-ridden, buttoned-down writer and manager of the team, while John C. Reilly, largely unrecognizable in a convincing fat suit, plays Hardy as the more gregarious of the two. They’re paired with Nina Arianda as Ida, Stan’s  wife, and Shirley Henderson as Lucy Hardy, Ollie’s wife. The four are all solid, but it’s really Coogan and Reilly who hit their emotional marks, plausibly finding the history between these two men and making their final work together feel authentic and lived-in. 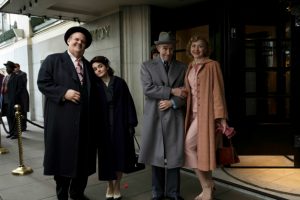 Unfortunately, this is a script that takes few risks, and offers too little conflict for us to feel genuinely invested. We start in 1937, when the comedy duo were at the top of their game, with Stan keen to own more of the rights to the work and reap more of the money, but Ollie was still tied to a contract with studio head Hal Roach (Danny Huston). The business issue comes between them, but Baird and Pope don’t linger long there, where it seems there was real drama. Instead, we fast-forward to this last gasp reunion, where there’s promise of another film, but Laurel and Hardy need to work in the meantime to support Ollie’s gambling habit, if nothing else. But it’s all very slow-moving, where the ghosts of past behaviour are raised only lightly, and solved too easily. There’s more drama promised with Ida’s brash attitude and Lucy’s protectiveness, but it never really develops. 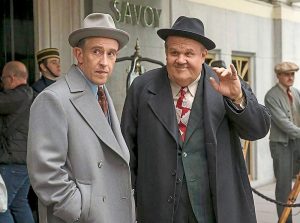 What’s worse is that the magic of what Laurel and Hardy were able to do, the great timing you see in their films, isn’t really conveyed in what “performance” scenes we do get, on various stages through Britain. Maybe it’s because they were at the end of their career, and no longer could be as physical as when they were younger, but what comes across is a semi-maudlin death of a comedic style that maybe was never that special to begin with, and that’s certainly not true. What we’re left with are fine performances in a film that eases by on pure sentiment and little actual event.