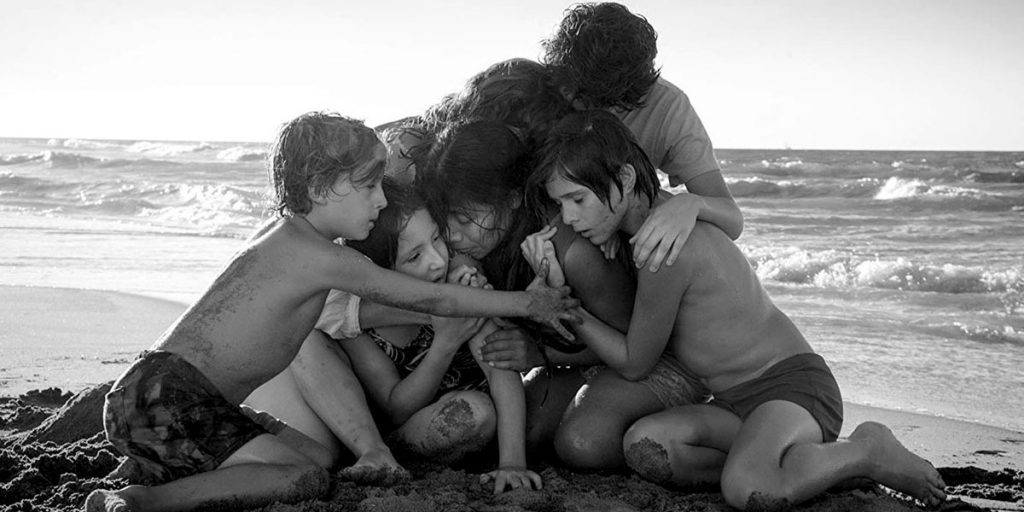 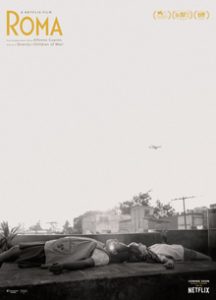 One could make an argument Mudbound from 2017 was the feature that signalled Netlfix’s prestige drama interest, readying their horses for the annual Oscar race. But Roma is really the tipping point, a film with the critical momentum to suggest it could actually take the Best Picture statuette. I’d be surprised, simply because it’s much better than many of the more mainstream Hollywood films that’ve walked away with that prize, and better than many it’s arrayed against this year. (Yes, it’s true, the Academy Awards recognizes not-so-great movies sometimes. Argo, I’m looking at you.)

Now that the film has been nominated in multiple categories, I’m reposting my Netflix review, because Roma is coming to the big screen in Halifax. (See the details at the bottom of the page.) I’m thrilled about the chance to see the film on a screen bigger than my plasma, because this is a picture that deserves the biggest screen you can find.

Mexican auteur Alfonso Cuarón (Children of Men, Gravity) tells a semi-autobiographical story, a portrait of the woman who raised him, the housekeeper in his upper-middle class home in suburban Mexico City. Shot in black and white, Cuarón locks down his camera and pans around rooms, streets, and the interior of cars, as people go about their business. His reluctance to shoot up close means his characters are often a little lost in their environments, and us with them.

But what a place to be lost in! Cuarón, who also lensed his picture—no Oscar-winning DP Emmanuel “Chivo” Lubezki on the project this time—creates a feast for the eyes, so much gorgeousness to take in. His recreation of Mexico in the early 1970s astonishes—favouring wide-angle imagery to create enormous scope and scale—while his character focus, a single, fracturing family—a woman (Marina De Tavira) with four kids and an absent husband, and their housekeeper, Cleo (Yalitza Aparicio)—takes awhile to establish, but it pays off in a big way as we go along.

The film is anything but lethargic, and the story of Cleo and her life as an essential part of the family, while still being their servant, is fascinating. This isn’t simply a formalist exercise, or a purely nostalgic one. It’s a domestic epic.

Cleo spends her days cleaning up after the family, looking after the children while she lives in a small apartment in the back of the house with the cook. When the patriarch disappears and the mother starts to fall apart, Cleo becomes even more important to what remains. She spends her free time with a young man, a martial artist who fashions himself as a revolutionary, but when he realizes she’s pregnant, he disappears. 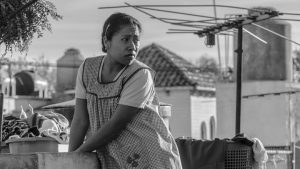 At its heart, Roma is a touching ode to mothers, but it takes time coming to that conclusion, in an immense backdrop of class, politics, youth culture revolt, city life, and family vacations. Cuarón’s style is removed from someone like Terrence Malick, but their habits of filling frames with detail and movement makes it feel as though their characters are only one small part of the whole they’re interested in, and frequently not the most important part. With Malick it’s all about wildlife, grass, and light, with Cuaron it’s architecture, dust… and light.

Cuarón also meanders a little in places, indulging in sequences that don’t add up to much—here I’m thinking of a scene with a burning forest and a man in a monstrous costume—which have more in common with Fellini’s Roma than anything Cuarón’s done previously.

But just when you start to think this is all just an exercise in keeping the film’s lead on the edge of the frame while the filmmaker indulges in his gorgeous but rambling trip into his personal history, Roma hits you with a couple of potent, moving scenes, where your patience with the set-up will be entirely paid off.

It is a remarkable picture. Believe the hype.