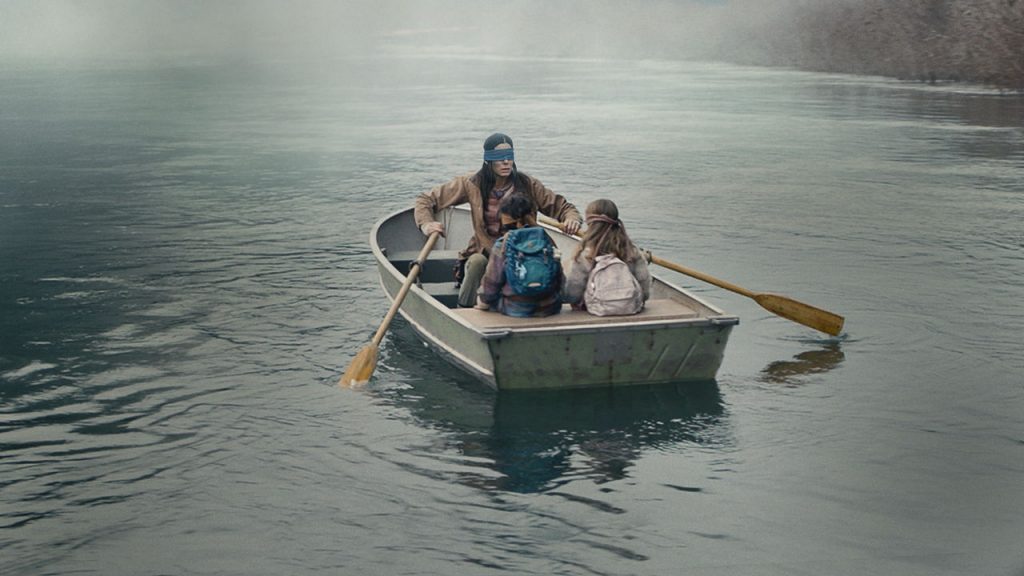 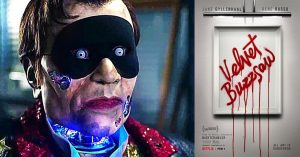 A deliciously trashy art world satire/horror from Dan Gilroy, the filmmaker behind Nightcrawler and Roman J. Israel. , a picture with a lot more of the edge and unease of the former rather than the prestige aspirations of the latter. It tells the story of a shallow, ambitious, group of nasties; the delightfully named Morf Vandewalt (another terrific performance from Jake Gyllenhaal), the bisexual critic, Rhodora Haze (Rene Russo), the art dealer whose former punk band gives the movie its name, and Josephina (Zawe Ashton), who works for Haze. 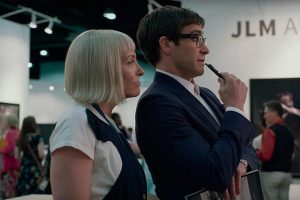 When Josephine’s upstairs neighbour dies, she discovers his stash of amazing outsider art paintings. She knows a good thing when she sees it, and absconds with all the paintings. Naturally, the art world swoops in, valuing the collection at “eight figures.” Jospehina’s ex is an artist, and when she finds out he was cheating on her, she sleeps with Morf, who trashes the ex’s show in his next review. On the periphery are Piers (John Malkovich), an artist who’s lost his muse, Damrish (Daveed Diggs), an up-and-comer, and a couple other dealers, Gretchen (Toni Colette), and Bryson (Billy Magnussen).

Naturally, the neighbour’s paintings, which were made with the artist’s blood, are haunted, and strange, terrible things start to happen to the people who wish to profit from them.  This is fun stuff—an ensemble of characters all loathsome enough to enjoy seeing them get their creepy, inevitable comeuppance, with only Coco (Natalia Dyer), an innocent gallery assistant, there to witness the terrible fates that befall many. The picture includes a sly reference to Francis Coppola’s New York Stories art world segment—watch for the scene where an elder creative shoots hoops in the studio. 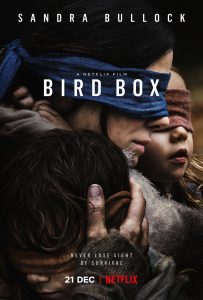 Post-apocalyptic horror is not what I would’ve expected from Susanne Bier, the Danish filmmaker of arthouse dramas like After The Wedding and In A Better World. Here she’s paired with screenwriter Eric Heisserer, a real genre purveyor, having written pictures like Extinction, The Thing remake, and Arrival.

The present day: Sandra Bullock is Malorie, pregnant and ambivalent about it, though her sister, Jessica, (Sarah Paulsen), is more excited. Suddenly, it’s the end times, with people driven to psychosis and suicide by terrible visions. The only solution—don’t look. Hold up inside your home and don’t look out. Cut to five years hence: Malorie is rowing down a river with two children, who she calls Boy and Girl, and all three are blindfolded. 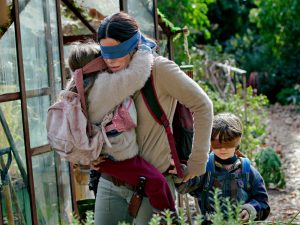 It’s no more outrageous a sci-fi parable premise than The Mist or The Happening or The Quiet Place, and like those movies its high concept skirts with, and crosses over into, ridiculousness on more than one occasion, but it also mostly manages to deliver genuine suspense and skin-crawling creeps inside its worldview, as we slowly connect the dots from one timeline to the other. Malorie holes up in a house with support from John Malkovich, Trevante Rhodes, Jacki Weaver and others, and their committed presence helps to keep it on track.

The entire thing could be an allegory for the dangers of helicopter parenting, but it works as a straight-ahead scare ride. Extra props to Trent Reznor and Atticus Ross for another icy, claustrophobic score. 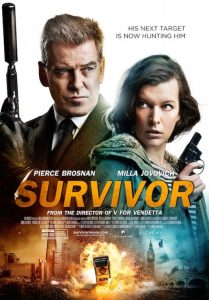 Milla Jovovich is a high-level operative working at the (now former) American Embassy at Grosvenor Square in London, tracking a Romanian doctor (Roger Rees, in his final film role) looking for travel visa to the United States. She smells something fishy about him—and four other prospective travellers— which is right on the money, putting a target on her back. Bomb-maker and assassin Nash (Pierce Brosnan) blows up a restaurant to get her, but she gets away and is promptly suspect number one in the bombing, leading to a cross-city chase, both above and underground.

Survivor is the model of a boiler-plate espionage picture—directed by James McTeigue,  whose main claim to fame is V For Vendetta, but since then has made pictures with titles like Ninja Assassin. Jovovich plays both capable and vulnerable, having mastered a plausible American accent through years of Resident Evil sequels, and she’s supported by a solid cast, including Robert Forster, Dylan McDermott, James D’Arcy, and Angela Bassett. Memorable it may not be, but but dyed-in-the-wool fans of the genre will find enough to enjoy here to make it worthwhile, and if you enjoy London locations, there’s plenty to appreciate in the off-season cinematography. 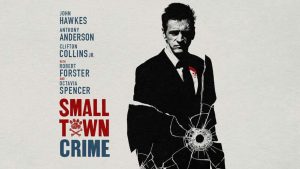 A terrific low-budget thriller written and directed by the Nelms Brothers, Esholm and Ian, which I first reviewed at the Atlantic International Film Festival in 2017.

The movie stars solid character actor John Hawkes in welcome lead role as Mike Kendall, a former cop whose alcoholism got the better of him and may have cost his partner his life. Kendall is tight with his adoptive family, played by Octavia Spencer and Anthony Anderson, but he otherwise hasn’t got much going on beyond a gorgeous, matte-black early ’70s Chevy Nova. He starts his day with a beer and goes from there. Hawkes plays Kendall very matter-of-fact. His life may be a disaster, but he doesn’t seem too perturbed about it. His honesty about his addictions, especially in job interviews, is refreshing. 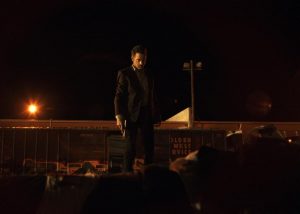 Things change when he finds a body at the roadside, leading to a prostitute ring and a criminal conspiracy—it gives him a real reason to get up in the morning. This is a lot less grim and more playful than your typical 21st Century crime drama, with solid turns from grizzled character actors Clifton Collins Jr, Robert Forster, and Dale Dickey.

7 Sisters aka What Happened To Monday? 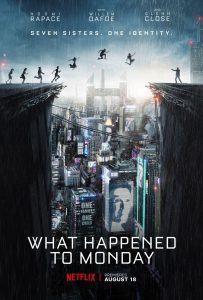 This is a picture I can’t imagine people liking unless you have a real passion for high-concept science fiction. Director Tommy Wirkola gave the world Dead Snow and Hansel & Gretel: Witch Hunter, so exploitation genre thrills is what you can expect from him.

Noomi Rapace is all seven of the Settman sisters, each named after the days of the week. They’re raised in hiding by their grandfather (Willem Dafoe) in a society that has legislated a one-child policy—it takes away every extra kid and cryogenically freezes them—until such time that the rampant population growth is under control, with Glenn Close playing the leader/administrator of this madness. And it is madness—the concept really doesn’t make sense, with plot holes you could hide more than septuplets in. But within this there’s a passable action movie—Wirkola delivers at least three decent action set-pieces—and outrageous plot revelations makes for an intermittently entertaining, b-movie ride. 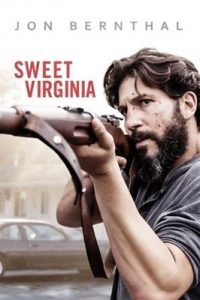 A highlight of the Atlantic International Film Festival of 2017, Sweet Virginia is a hard and sharp small-town thriller, directed by Toronto filmmaker Jamie M. Dagg. Set in  Alaska—but filmed in Hope, BC, known as the town where they shot First Blood—it’s the story of a young woman (Green Room‘s Imogen Poots) who hires an angry drifter (Christopher Abbott) to kill her husband but finds she can’t pay him. Things go badly from there, especially for former rodeo-rider turned motel owner (the very busy and always excellent Jon Bernthal) and the woman with whom he’s having an affair (Rosemarie DeWitt, terrific as always).

Dagg, working off a drum-tight Black List script by the China Brothers (Benjamin and Paul), shoots with impressive economy, the score and the prowling camera bringing a noirish tension from the off. His casting is against type—Bernthal’s character’s neurological issues helps to give him a surprising vulnerability, an idea Dagg credits the actor with. Abbott really surprises as the rage-filled killer. I’ve seen him in a few things (including HBO’s Girls)  now, but never would’ve expected this kind of an energy from the actor. That Dagg had this kind of casting insight suggests laser-sharp filmmaking intuition, and hopefully a strong future as a genre filmmaker. 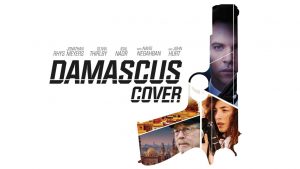 The first feature from producer Daniel Zelik Berk is an old-fashioned, slightly clunky spy thriller set in 1989, starring the forever-reptilian Jonathan Rhys Meyers as Ari Ben-Sion aka Hans Hoffmann, a Mossad agent assigned to locate and retrieve an important individual from Syria while navigating a slurry of deceitful contacts—including former Nazis inhabited by the quality presences of Jürgen Prochnow and Wolf Kahler—and the affections of a USA Today photographer, played by Olivia Thirlby. Naturally, everyone speaks in accented in English, simplifying any need for the performers to learn Arabic, Hebrew, or German, but given the multilingual cultures this film is set in, that old Hollywood conceit feels especially cheap.

How Thirlby isn’t yet a full-fledged lead is beyond me given the warmth she brings to every supporting role she takes, but this is an exercise not even she can elevate beyond basic pleasures of the genre. Her romance with Rhys Meyers needs to be the heart in this thing, but Berk directs it as both too chaste and too implausible—though some of that might be due to a simple lack of chemistry. The problem with Rhys Meyers in many of his films is that he lacks warmer human qualities, which may be useful when he’s playing a villain, but when he has to exhibit genuine compassion or empathy, that’s often a bridge too far. 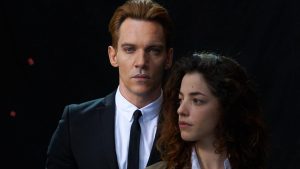 The picture is maybe best recommended to fans of John Hurt, Damascus Cover features his final performance in brief support that looks like it was all shot on a day or two, but he lends the entire production both weight and gravitas. He’s deeply missed.