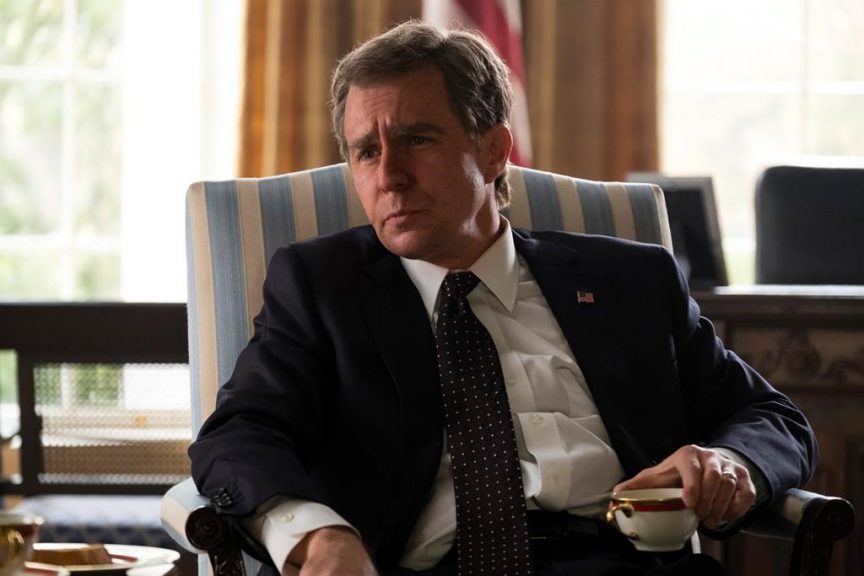 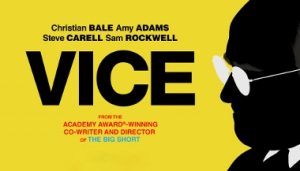 Vice is being compared to the Adam McKay’s The Big Short, the film that proved the longtime comedy writer, director, and producer, could deliver a political dramedy that illustrated, with a lot of wit, some fairly complex ideas around finance and systemic corruption. McKay shoots for something similar here, but instead delivers a picture bereft of feeling, a grinning skull of a movie. 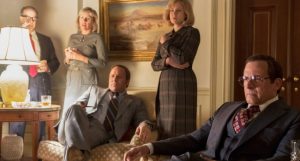 The focus of his story is the much reviled Vice-President to George W. Bush, Dick Cheney. That’s the Cheney who usurped a lot of the power of the Office of the President back in 2000, and led the United States into war in Iraq, which killed hundreds of thousands of people and led to the founding of ISIS. The film is straightforward in the way it depicts the historic cause and effect, but frames Cheney’s character—played by the physically transformed Christian Bale—as kind of a lucky rube, only slightly smarter and cleverer than Bush (Sam Rockwell) and fellow politico Donald Rumsfeld (Steve Carell, a convincing weasel). Cheney has some shifty animal cunning, there can be no doubt of that, but the film is plying desperate, hollow laughs from the stupidity of men who played the system. The problem isn’t just that there’s no hero here, it’s that everyone is the villain. 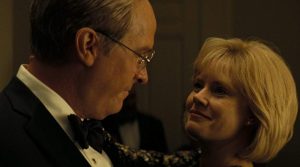 That said, it has moments of sharp humour that work. Cheney’s very mild heart attack is a gag worth repeating—but then you sit through bizarre asides like running the credits in mid-movie to illustrate  the moment where Cheney’s influence could have left the world a better place, or having Cheney and his wife, Lynne (Amy Adams), speak in Shakespearean verse for a scene. It’s creative, but it’s all pretty cold when the characters are so loathsome. Maybe that’s the point? We eventually get a moment where Cheney betrays his family for the sake of power and legacy, but by then he’d betrayed his country many times over. Not much room for empathy. 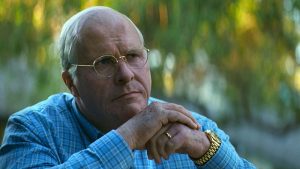 The film also has a narrator, a fictionalized veteran played by Jesse Plemons, who plays an important role later in Cheney’s life. It’s another odd decision in a film full of them, but if he’s the everyman who accidentally helps Cheney extend his opportunities to achieve and destroy, then is the film indicting the audience, and the whole country, for what it depicts?

It’s hard to walk away from this and feel much from Vice—there’s no redemption to be found here, just a bleak hole where there should be some kind of heart.  This is a sour film, maybe recommended for American political junkies only.