Let’s talk about Brian Tyree Henry for a second. Last year was a break-out for him. From Atlanta, the series from creator Donald Glover, to features Hotel Artemis, White Boy Rick, Widows, Spider-Man: Into The Spider-Verse, and now the return of Barry Jenkins, he’s one of the most in-demand actors in Hollywood, and clearly that interest is well-deserved. He’s only in this briefly, but he and Stephan James share one of the best scenes from If Beale Street Could Talk, a conversation about being black in America, and what it’s really like in prison.

At its best, If Beale Street Could Talk is beautiful, serious, and romantic. It’s the story of a young couple living in early-’70s New York—Harlem and The Bronx, mostly—where 22-year-old Alonzo Fonny Hunt (James) is arrested for sexual assault, leaving his pregnant girlfriend, Tish Rivers (KiKi Layne), and her family, working to try and get him out of jail. The narrative is smartly and purposefully fragmented, as we flip between scenes during Fonny and Tish’s courtship, and the days after Fonny is incarcerated while Tish’s belly grows, moments served up with Tish’s frequently witty voice-overs. 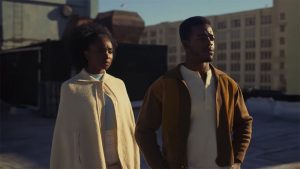 Jenkins is full control of his storytelling for much of the film, from the era-authentic look, the characterizations, and the chilling depiction of racism and systemic, chronic injustice for African Americans, to the fear that system inspires. It’s great to see stories like this right now in American cinema. Jenkins also borrows a trick or two from Jonathan Demme, having his actors stare directly and intimately into the lens as he cuts between their conversations, while a gorgeous score by Nicholas Britell seeps through.

So, why does the film inspire admiration more than affection? Because, in the final assessment, it feels almost too concerned with aesthetics than it does serving the best interests of its story.

Consider a scene early on, when Tish reveals she’s pregnant to Fonny’s family, incurring the wrath of Fonny’s judgmental mother and sisters. It’s heartbreaking, hilarious, and triumphant, all in the space of a few minutes. It’s also the film’s single best moment, and it comes in the first 20 minutes. Beale Street is unable to sustain that kind of intensity throughout, underusing most of its rich supporting cast—including the terrific Teyonah Parris as Ernestine, Tish’s firebrand sister—to instead focus on the wholesome romance, and subplots that do a disservice to where the real story is, taking us off to Puerto Rico to little effect. In the last act, the picture loses steam and drags, leaving us with a plausible but dramatically underwhelming conclusion. 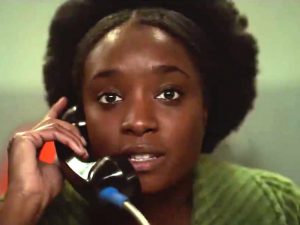 Jenkins steers If Beale Street Could Talk toward a narrative artiness rather than embracing the things it does best, those amazing, messy moments of realism and human conflict. Those scenes are still in there, and make the film worth seeing, but as it goes along Beale Street errs toward a solemn, dignified reverence rather than drama.

If Beale Street Could Talk opens on Friday, January 4, in Halifax.