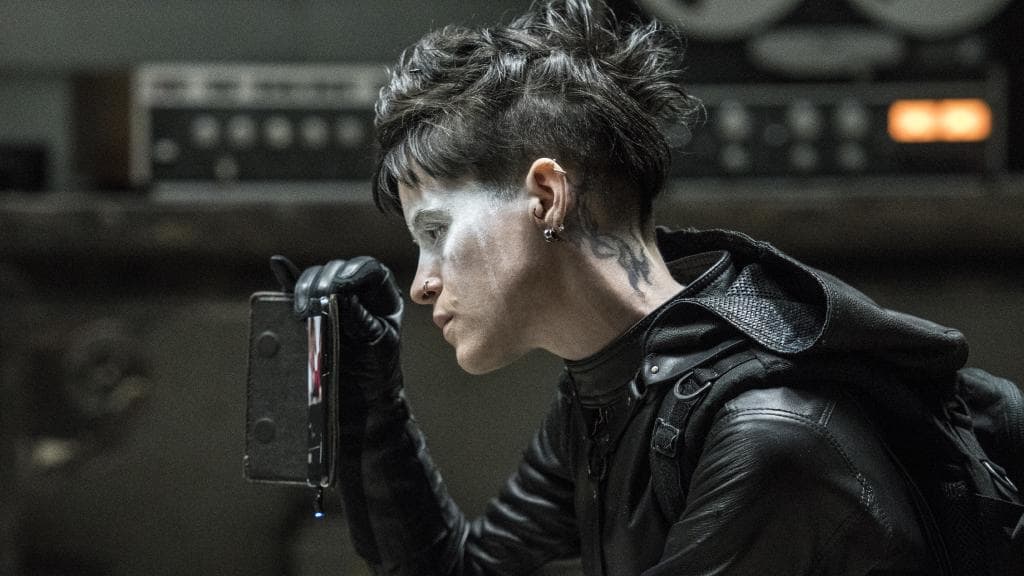 Directed by Fede Alvarez | Written by Alvarez, Jay Basu, and Steven Knight, from the book by David Lagercrantz, based on characters by Stieg Larsson  |  117 min 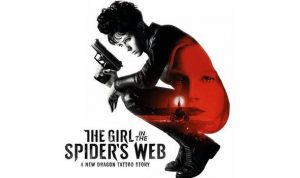 For Sony Columbia to dive back into this popular series of books so late in the game feels like a calculated gamble, but not one likely to pay off. The last English-language adaptation of these books was David Fincher’s The Girl With The Dragon Tattoo in 2011, a chilly, effective thriller—Fincher’s specialty. It was excellent, but it wasn’t a big hit, despite the positive reviews.

Relaunching the franchise now, and choosing to adapt a novel written after the death of the original author, it’s a fresh start, a genuine reboot, but it needs to be a real risk-taker to bring something new to the table and help remind the audience of why they should care.

There are things to recommend the new Lisbeth Salander adventure, but there’s plenty of places it could’ve been fresher, too.

This time out she’s played by Claire Foy, lately of Netflix’s The Crown and the Neil Armstrong biopic First Man, taking over from previous Salanders Rooney Mara and, in the Swedish adaptation, Noomi Rapace. Foy does driven well, and she does anxiety well. The film delves into Salander’s personal history, and no surprise her father was abusive, but while the young Lisbeth ran from her unpleasant domestic situation—actually she miraculously survives a fall from a very high place—her sister, Camila (as an adult played by Blade Runner 2049‘s Sylvia Hoeks) stuck around. They weren’t close, accordingly. This sets up our chilly antagonist as a photo negative of our angry hero, but the story never really allows them any intimacy. How interesting would it have been if Lisbeth, so isolated in her world, was tempted to join her sister and her gangster associates? 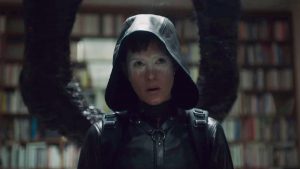 The screenwriters here have too well learned the lesson of Skyfall. Yes, that was a superlative James Bond film and the franchise’s biggest box office to date, but its failing was it never needed the return to the homestead in the Scottish highlands. It never needed the stakes to be so personal, which ended up feeling a little cheap, carried over to the next film, Spectre.

Bond is his job, just like Salander. His mission is to the serve the Queen, while hers is to liberate information and hurt men who hurt women, along with the ongoing maintenance of her personal freedom. The cost she pays is she can’t be close to anyone. Same as 007.

The main plot here concerns a Swedish criminal organization’s efforts to secure nuclear launch software developed for the Americans by a local scientist (Stephen Merchant) whose genius son (Christopher Convery) knows how to decrypt its security protocols. When the syndicate steals it from Lisbeth—who has just liberated it herself—and tries to kill her, that gives her plenty of motivation to stop them. She needs to secure her professional reputation, while she recruits the help of an American agent (Lakeith Stanfield) to retrieve the software and protect the boy. As the direct Skyfall comparisons start to pile up, especially in a finale that addresses Lisbeth’s past head on, the film steers into a snowbank. 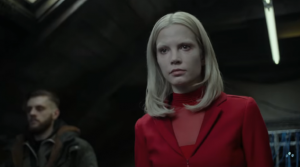 At its best, the film allows Lisbeth to be effective in her chosen role: she drives a sexy Ducati and escapes the Stockholm cops, she liberates a black Lamborghini, and uses her impressive tech knowhow to trigger the airbags in another car, foiling the plans of a nasty criminal henchperson (Claes Bang from The Square). She surveilles, dispatches, and incapacitates, while Foy smokes and is sullen against a backdrop of very sexy Scandi production design, all heavy cyan and black gloss. Screenwriter Stephen Knight is a world-class purveyor of neo-noir, and brings a lot of that expertise to bear here.

But a thriller needs to have a panic-room-secure plot to reduce implausibilities. Spider’s Web has too many stripped locks. How does Lisbeth (and her lizard and her security system) survive the gas explosion that destroys her warehouse hideout? How does the criminal cabal know the scientist’s son can decode the software encryption? What’s the deal with the convenient, abandoned observatory? 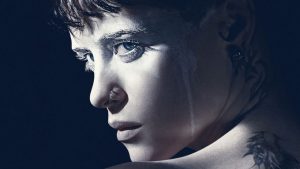 The weakest part of the story was a real strength in previous editions: the connection between Lisbeth and Mikael Blomkvist, the crusading journalist. She made him sexy, and he made her vulnerable in a way she isn’t in any other part of her life. Together they helped make the world a slightly better place. Here they’ve miscast Severrir Gudnason as Blomkvist, who’s way too young and precocious for the role. Their being more or less the same age nullifies her daddy issues and diminishes his existential damage, making both characters a lot less interesting.

Getting wrong one of the best parts of the established mythos undermines the picture’s promise.  These issues do disservice to what is otherwise a stylish, well-directed genre effort.