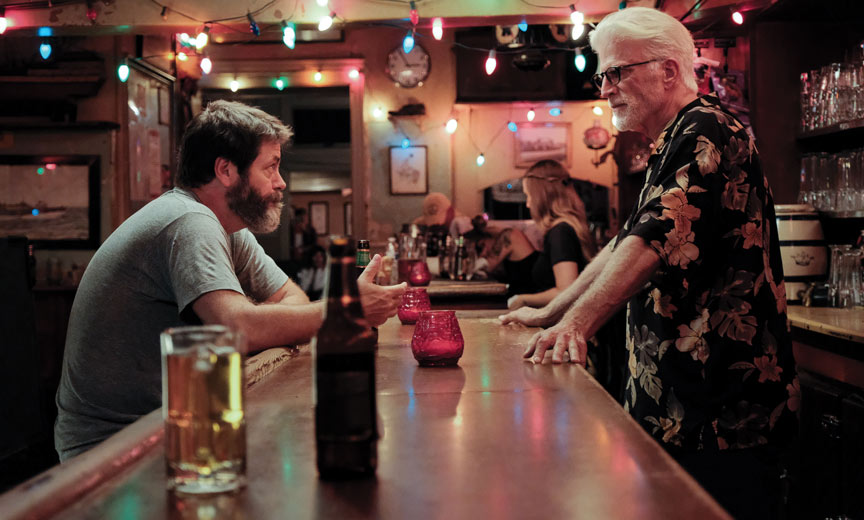 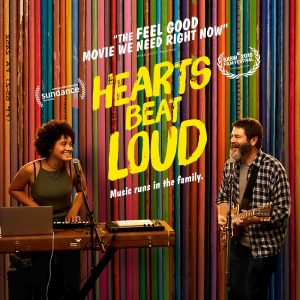 Imagine if Barry Judd, Jack Black’s character from High Fidelity, finally grew up, got together with someone, became a father, and opened his own record store in Red Hook, Brooklyn. Twenty years later he’d probably be Frank Fisher, the guy Nick Offerman plays in Hearts Beat Loud.

Frank still runs the record store, a space he rents from Leslie (Toni Colette), but he’s shutting it down. Time for a change, he thinks. His daughter, Sam (Kiersey Clemons) is heading to UCLA in the fall to do pre-med. In the evenings they jam, and make pretty great music. (Clemons has a gorgeous voice.) Oh, and Frank’s mother (Blythe Danner, cornering the market in older ladies with dementia this year) is prone to shoplifting, and Sam is spending her extra time getting friendly with Rose (Sasha Lane). 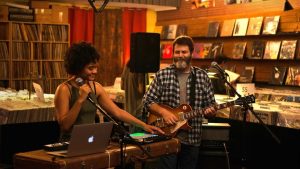 One more character to mention: Ted Danson plays a philosophical bartender. It might not be in Boston, but the echoes are unmistakable, and delightful.

It would be a mistake to rave about this film, not because things about it aren’t rave-worthy, but because it’s way too gentle and unassuming to be comfortable with anything like a rave. 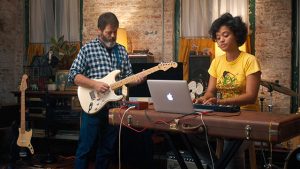 The film delivers truisms, like, “you’ve got to be brave before you can be good,” and “you can’t always do what you love, so you gotta learn to love what you’re doing,” at timely intervals. Its stakes are resolutely set on medium generational-schism, simmering middle-aged-man-gets-schooled-by-his-more-mature-teen-daughter, and summery-Brooklyn-ease, with a pace is as unrushed yet hooky as a Jeff Tweedy song—look out for the Wilco front-man haunting the picture.