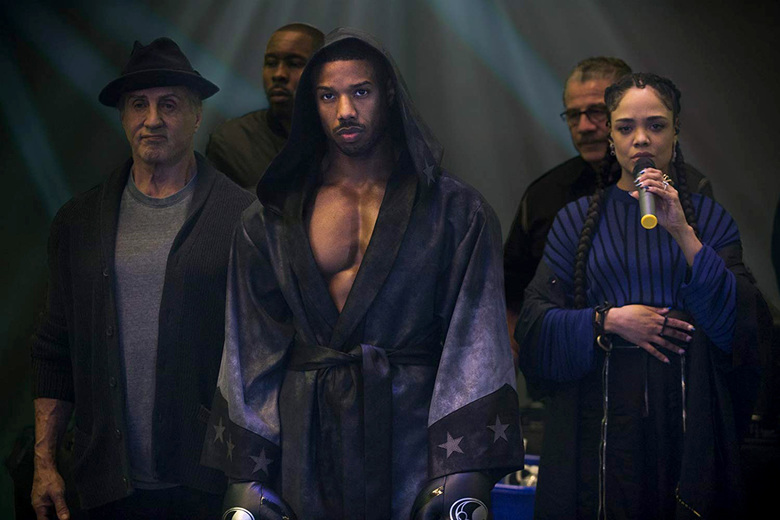 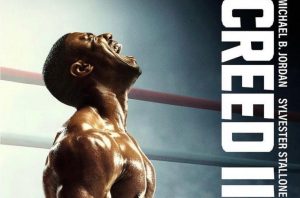 Creed was a clinic on how to reboot a fallow franchise. Stallone had redeemed his character with the better-than-it-needed-to-be Rocky Balboa in 2006 and there was no call for a return, but Ryan Coogler’s 2015 picture was the best entry since the first one back in 1976. It tells the story of the illegitimate son of Rocky’s greatest enemy and greatest friend, Apollo Creed. Adonis “Don” Creed (Michael B. Jordan) is hungry to be a fighter, and goes to Rocky in Philadelphia to get trained. Along the way he falls in love  with Bianca (Tessa Thompson), a musician who’s losing her hearing. Everything about it worked—from the performances, to the anthemic score, to the training montages—everything that once felt played out was fresh again.

Of course, its success means the franchise must continue, but this time the freshness has gone off. Creed II is just OK. Following the triumph of the last one, it sure is predictable.

It picks up with Don now the heavyweight champion, fighting the obnoxious thug who beat him early in the last picture and won his classic Mustang. No surprise, Don wins back the wheels, but just as he does, a new contender surfaces: Victor Drago (Florian Munteanu), the enormous son of Ivan Drago (Dolph Lundgren), the Russian boxer who killed Apollo Creed in the ring and who Rocky fought and beat in Russia back in Rocky IV. It was 33 years ago, but apparently not long enough for Baby Creed to forget. Rocky doesn’t want him to take the fight, but Don feels he must, even though he has a lot of other things to contend with, like Bianca being in a family way. 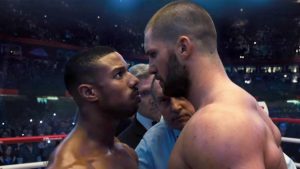 Do you think Don goes through with the fight, against Rocky’s wishes? Do you think Don wins? And do you think this sets up another fight later on, one he has to train for that much harder in order to get back the eye of the tiger?

Coogler’s presence in the director’s chair is deeply missed. Caple Jr tries to match his style, but there’s something tentative in the works. He’s just going through the motions, hitting the beats of what a Rocky movie is supposed to be rather than putting his own mark on the story. The fight scenes are fine without being genuinely stirring or doing anything we haven’t seen many times before. A surprise appearance by a familiar face in the second act briefly enlivens the film, but then it’s a slog right through until the final fight. All the baby stuff is deadly dull, and the immense talent of Tessa Thompson is barely put to good use until that last 20 minutes. Jordan is a charismatic presence as always, but the writers have given him an arc that feels as if Don Creed learned nothing from the last film, having to go through it all again. And Stallone, inhabiting his most famous role with ease, has one great scene with Lundgren, but otherwise shadowboxes through the picture, moaning about his lost connection with his son. 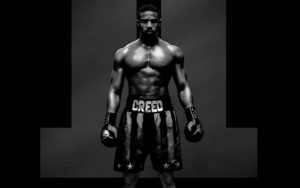 If there’s a promise of something new here, it’s in the father-son dynamic between Ivan and Victor, and what happens to them from the beginning through until the final, bloody showdown. It’s something about forgiveness and compassion. After the rebirth of the hero in the last picture, this film could’ve offered the rebirth of the antagonist.  It would’ve required more imagination and risk-taking at the script level, but instead Creed II chooses a safer route, telling an over-familiar story one more time.