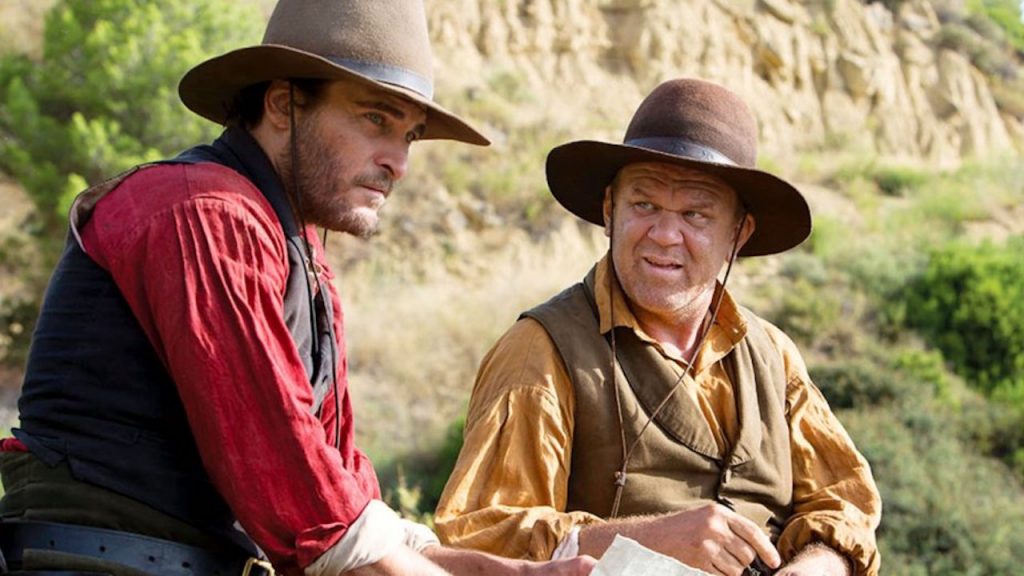 Directed by Jacques Audiard | Written by Audiard and Tom Bidegain, from the novel by Patrick DeWitt | 121 min 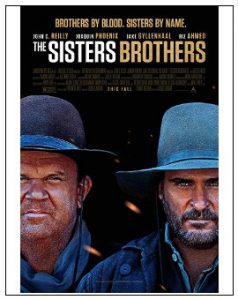 This is that most American of genres, the western, essayed by a confirmed French art-house filmmaker, responsible for festival fare like Dheepan and Rust and Bone. The result is a compelling, if somewhat long-winded exploration of masculinity that frequently upends the very genre conventions it’s working with, while relishing a wide-screen illustration of the American gold rush circa 1851.

We start with a nightmare of sparking firearms and burning horses. Eli Sisters (John C. Reilly) and Charlie Sisters (Joaquin Phoenix) are hired killers working for a powerful man only known as The Commodore (a cameoing, entirely line-free Rutger Hauer) in Oregon. Unhappy with their sloppiness on a recent job, he puts the younger, more violent brother, Charlie, in charge, to the chagrin of the elder, Eli. The next assignment is to track down a penniless chemist, Hermann Kermit Warm (Riz Ahmed), and extract from him a formula for finding gold. Meanwhile, a narrating detective, John Morris (Jake Gyllenhaal), is already on Hermann’s trail, planning to turn him over to the merciless Sisters.

It’s a little slow-going at first, but once the four characters at the centre of this tale manifest, this is an easy ride to be on. The forever under-appreciated Reilly really shines. He’s an actor who’s played a lot of pitiful, pathetic men through his career, and though Eli has moments it’s his gentle sweetness that predominates. He wants a life away from killing, but he’s loyal to his younger brother above all else—he feels an almost paternal responsibility to Charlie, despite the younger Sisters’ borderline psychopathy, alcoholism, and deadly ambitions. The constant conversation between the brothers already separates these western characters from the usual taciturn lot. 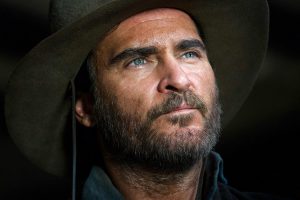 Phoenix winds up driving the story forward more often than not, and does solid work. Gyllenhaal proffers a mid-Atlantic accent that’s probably fairly authentic to the time, bringing a damaged truth to his supporting role. And with every performance, Ahmed stakes his claim as a leading man. He’s the one character here in touch with his humanity from the start, and winds up bringing the other three to a place none of them could’ve imagined, away from the shadow of terrible father figures. Keep your eyes open for a welcome appearance by the wonderful Carol Kane. 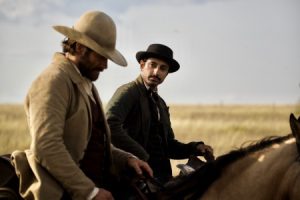 A film like this is traditionally about blood and iron, how the west turned men into outlaws, and those that lived by the revolver died by it. Rather than tragedy being the eventual and inexorable destination, Audiard starts there. He’d rather explore a vein of optimism, how dreams of a better life can inspire people to work together. Even if that’s nothing but smoke, the dream itself brings change.