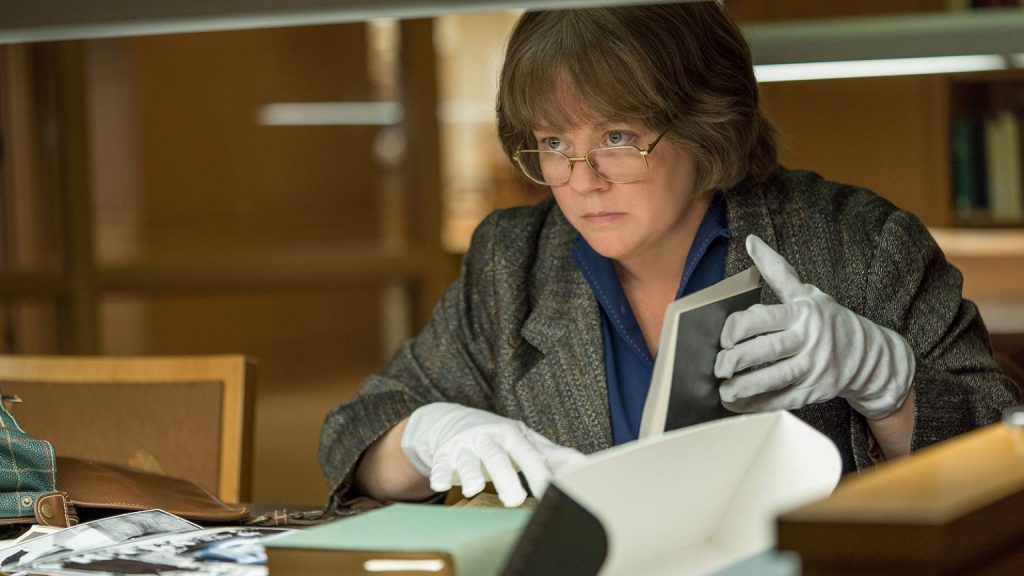 The good folks at CTV invited me on this past weekend to chat with Bruce Frisko about what we can expect from new Hollywood releases in the coming weeks and months leading up to the end of December. I chose a few titles I’m excited to see. 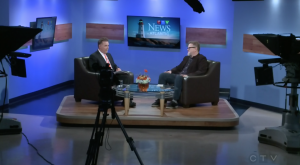 We sped through 10 movies pretty quickly. I’ll share my notes on those and a few more below that we didn’t get to on the show. Click here to see the tape, and scroll down to see the trailers. As ever, release dates are subject to change.

The Old Man And The Gun (TBA)
Robert Redford plays the real-life Forrest Tucker, a sort of gentleman bandit and bank robber who broke out of prison at age 70 and became a folk hero. Redford, who is in his 80s, says this film may be his final role as an actor. Also starring Sissy Spacek and Casey Affleck.

Can You Ever Forgive Me (Oct 26)
Melissa McCarthy is Lee Israel, a celebrity biographer facing tough times who starts to forge literary letters and selling them to collectors, and rakes in the cash until the authenticity of those letters begins to be questioned. It also stars a favourite of mine, Richard E. Grant, of British cult film Withnail & I and many movies since.

Mid90s (Oct 26)
A feature film from Oscar-winning comedic actor-turned-writer-director Jonah Hill. It’s a skate-kid drama inspired by films like Kids and The Sandlot, and it has a great look about it.

Bohemian Rhapsody (Nov. 2)
Rami Malek from Mr Robot is Freddie Mercury in the rock biopic. There are so few good rock biopics, unfortunately, but I feel like at least Malek will make a convincing Mercury, and you can’t argue with the tunes. (What’s a good rock biopic, I hear you ask? Love And Mercy was interesting.)

Suspiria (Nov. 2)
Luca Guadagnino of Call Me By Your Name fame directs a remake of the Dario Argento 1977 horror classic, about a young dancer in a Berlin school where terrifying things start to happen. Remakes like this where the original is so well regarded always seem kind of perverse, a lose-lose proposition, but I can’t argue the trailer looks good, starring Dakota Johnson.

The Girl In The Spider’s Web (Nov. 2)
Directed by up-and-coming horror filmmaker Fede Alvarez, this is the famed Stieg Larsson character Lisbeth Salander is essayed by a third actor, following Noomi Rapace and Rooney Mara. This time it’s Claire Foy, who we’ve all gotten to know as young Queen Elizabeth in The Crown. This is quite a departure, but so is her Janet, Neil Armstrong’s wife in First Man, playing in cinemas now. She’s proving to be versatile almost beyond belief. Not thrilled by the nordic accents, mind you. #petpeeve

Widows (Nov. 16)
This is my number one film of the fall: A thriller about a group of women who plan a heist after their criminal husbands are killed. It’s directed by Steve McQueen, British director of of the Oscar-winning 12 Years A Slave. I love it when European art house filmmakers tackle American genre pictures. This also stars Viola Davis and is written by Gone Girl scribe Gillian Flynn. I can’t wait.

Green Book (Nov. 21)
Starring Mahershala Ali and Viggo Mortensen, this was the winner of the TIFF audience award, often a vanguard of Oscar glory. This is the story of a white New York driver chosen to take a black musician on tour of the south, finding on the road both friendship and racial and class conflicts.

Creed II (Nov. 21)
Starring Michael B. Jordan and Sylvester Stallone: I loved the first one, which was kind of Rocky: The Next Generation, as Rocky Balboa trains the illegitimate son of his old friend and opponent Apollo Creed. That one was directed by Ryan Coogler, who doesn’t return to the director’s chair here. My fingers are crossed.

Under The Silver Lake (Dec. 7)
I saw this at FIN, and I really enjoyed it. A bit of a psychedelic Los Angeles noir, it won’t be for everyone, but those who dig it will dig it a bunch.

Mary Poppins Returns (Dec. 19)
Starring Emily Blunt, Ben Whishaw, and Dick Van Dyke, with Lyn-Manuel Miranda. I’m excited about this simply because of the trailers, which have been so charming. I don’t even have a strong emotional connection to the original movie, but they seem to have recaptured the magic, complete with Miranda’s rough cockney accent and Emily Blunt bravely taking on the beloved Julie Andrews character.

If Beale Street Could Talk (Dec. 25)
Barry Jenkins, of Oscar-winning Moonlight fame, follows it up with an adaptation of a James Baldwin book. It’s set in Harlem in the early 1970s and is about a woman trying to help her partner, a man accused of a crime he didn’t commit.

Mary, Queen of Scots (Dec. 25)
Saoirse Ronan and Margot Robbie star in this historical drama it’s Mary Stuart versus Elizabeth I. Of course, Cate Blanchett was great as The Virgin Queen in the film Elizabeth, so there’s a precedent for Australians playing her. It’ll be interesting to see what these two terrific actors bring to it.