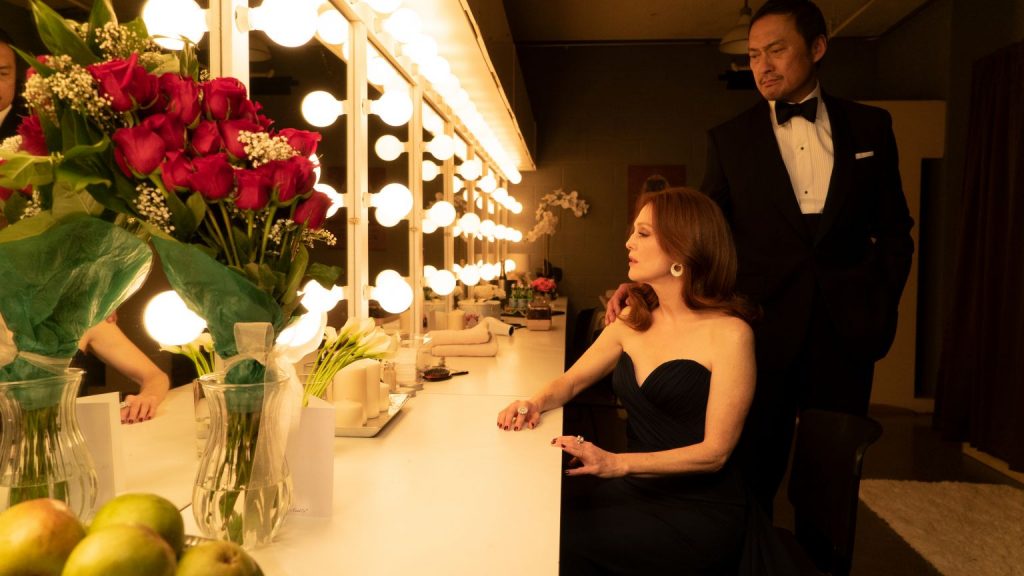 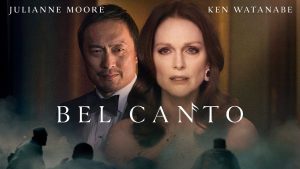 Here’s an unlikely filmmaker and an unlikely project. Paul Weitz, the man who gave us American Pie, About A Boy, and recently, Grandma, brings to the screen an international pudding of a drama. At times the odd pairing of artist and project makes Bel Canto feel cumbersome and ill-suited to its own cinematic skin, but it does have moments that are warm, even funny.

Julianne Moore is Roxanne Coss, a star soprano (lip-synching Renee Fleming) visiting an unnamed South American country in the late ’90s, invited to perform at a private party held by El Presidente for a deep-pocket Japanese businessman, Hosokawa (Ken Watanabe), considering local investment. The controversial leader never shows, but the party goes ahead. During the performance the luxurious mansion is raided by revolutionaries (including Tenoch Huerta, and Maria Mercedes Coroy) who hold the attendees hostage—Hosokawa’s interpreter (Ryo Kase), Coss’ pianist (Thorbjørn Harr), and a dude played by the Highlander himself, Christopher frikkin’ Lambert. Sebastian Koch shows up as a negotiator trying to bring it all to a non-violent resolution. 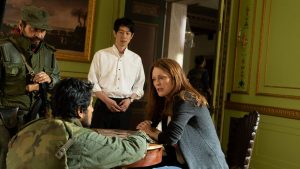 The set-up is awkward, somehow managing to tell the story of an armed intervention without a drop of suspense. The hostages are pushed around and threatened, but nothing actually happens beyond a lot of yelling. Here the film’s art house credentials seem to work against compelling genre thrills, instead satisfied to aim for middlebrow mush. As we settle in for a long stretch inside the walls of this estate, we completely lose any sense of how long they’ve been in there, diminishing the excitement even further.

But something changes in the middle of the second act: Bel Canto doubles down on the romantic character stuff, drawing unlikely but sweet connections between people thrown together in desperation, and even between captors and captives. It strains, but somehow achieves the tone of a romantic melodrama, where the more sentimental viewer might give a pass to the least plausible scenarios. From this the film squeezes engagement from its artifice—we invest in the wellbeing of not only the captors but key revolutionaries, young men and women who start to share both their kindness and unreasonable idealism. At that point, the only question is how bloody the bath will be when the soldiers come over the wall, which anyone paying attention will know is an inevitability. 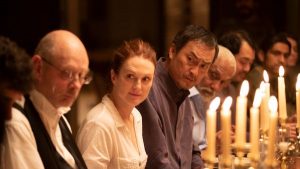 Objectively, the film is a tonal mess, but it is curious one, and not without a few redeeming features. Tread cautiously, filmgoer.