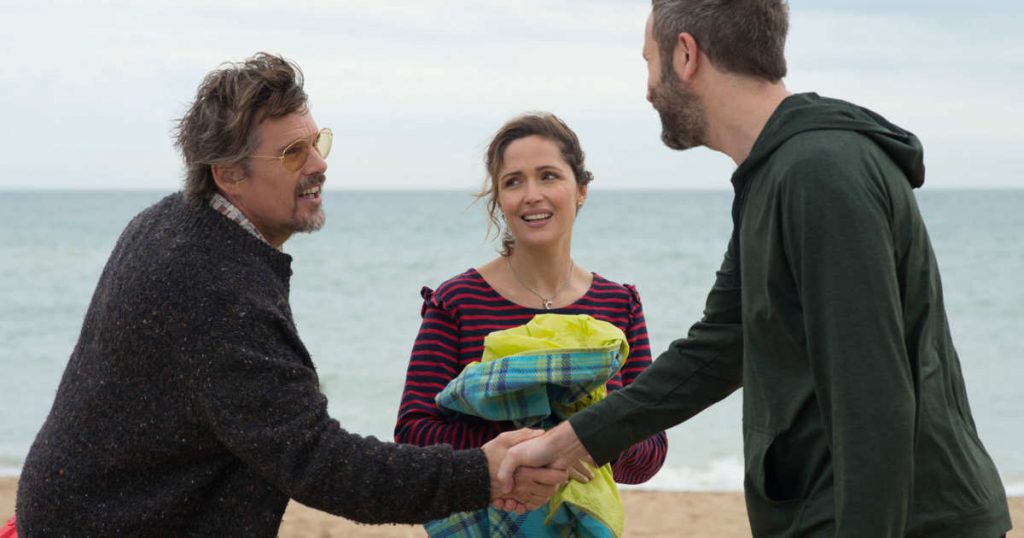 Directed by Jesse Peretz | Written by Evgenia Peretz, Jim Taylor, and Tamara Jenkins, from a Nick Hornby novel | 105 min | Hoopla and On Demand 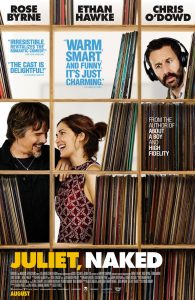 My mother read Nick Hornby’s High Fidelity and recommended the book to me, telling me that the lead character was just like me. Really, Mom? You think I would cheat on my pregnant girlfriend and borrow great wads of cash from her and not pay it back? Thanks, so much. That’s not really what she meant, but it still stung a little. But that’s the thing, Hornby has really nailed a certain kind of semi-bohemian privileged dude, the nerd who won’t grow up, and I suppose there’s some of that in me. About A Boy had that going on, too. 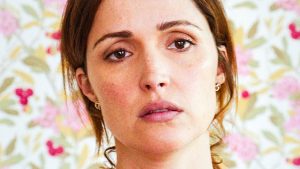 Here there are two examples: Duncan (Chris O’Dowd) is a middle-aged teacher of pop culture—including The Wire—who bores his longtime girlfriend Annie (the forever delightful Rose Byrne) with his obsession with a 1990s American alt-rock footnote, Tucker Crowe (Ethan Hawke, reliable), who produced one critically regarded break-up record, Juliet, before calling it a day. Crowe has gone to ground, but Duncan’s website cultivates all the conspiracies, truths and untruths on Crowe’s whereabouts and activities. When a collection of Crowe demos (Juliet, Naked) shows up at Duncan and Annie’s house, Annie finds them appalling and posts about it on Duncan’s site. This prompts the actual Crowe to write to Annie, leading to a transatlantic connection—Duncan and Annie live in a seaside village in Kent, England. 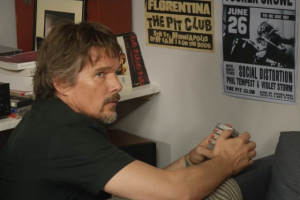 This is a romantic comedy without a lot of laughs—it’s more a light drama in tone, something Cameron Crowe might have directed, which also might have benefited from higher stakes all around. Annie seems more perturbed at Duncan’s musical obsessions than she is at some of his other, inexcusable behaviour, and subplots involving her lesbian sister (Lily Brazier) never reach that Richard Curtis-esque level of supporting cast hilarity.  But where it does work is in exploring the regret that can come with middle-age, when earlier life pursuits, or relationships, didn’t work out as one might’ve hoped.

Crowe is no better than Duncan in the male role model stakes—he’s left a volleyball team’s worth of neglected children around the world, only managing a decent relationship with the youngest (Azhy Robertson), and he’s abandoned his musical gifts. It makes you wonder why the lovely Annie would have anything to do with either of these guys. 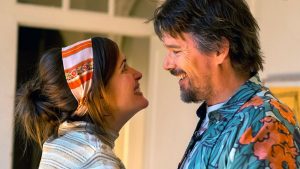 But Hornby’s expert skewering of these versions of masculinity are right on the money, and the screenwriters translate those truths in a way that never fails to engage, despite perhaps too light a touch with dramatic opportunity. With these A+ performers in romantic, honest material like this, and you can’t help but enjoy your time in their company. You can imagine the character Hawke played in Reality Bites, Troy Dyer, turning into Tucker Crowe.