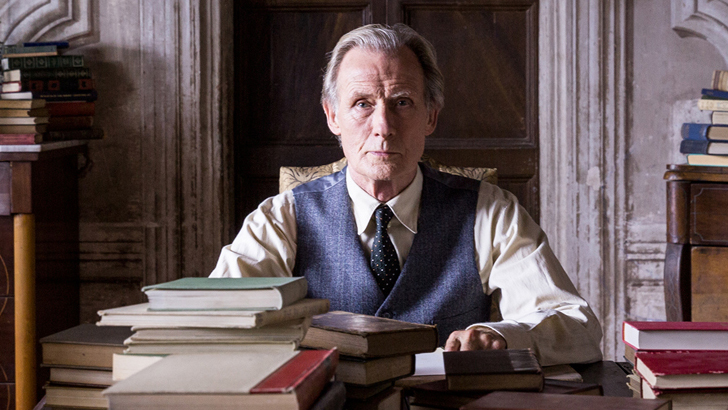 The final day of the 2018 festival comes with mixed feelings. I’m exhausted, and picked up a cold on my way, but had a great week nonetheless. Big props to the organizers and programmers for bringing together a great collection of films. I especially enjoyed the quality of the documentaries this year, and while I didn’t see a Call Me By Your Name or a Room, a film that blew me away that will likely rise to Oscar approbation, I did get to see the wonderfully peculiar Mandy and the astonishing Cold War, so there’s that. And the regional films shone, too. I also got to go through the Script Development Program, and I learned a lot from it. 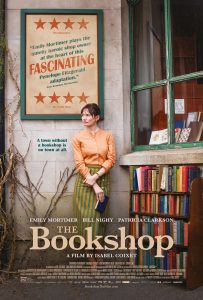 A film version of the Penelope Fitzgerald novel, this is maybe the tweest movie I’ve ever seen, and I’ve seen The Guernsey Literary and Potato Peel Pie Society. It’s so motherfucking twee, it’s like the whole movie is sipping tea with a pinky in the air, wrapped in a cardigan with patches on the elbows. It’s certainly not what I would’ve expected from Isabel Coixet, director of My Life Without Me, Elegy, and Learning To Drive, pictures with a little grit in the drama.

Emily Mortimer is a little like the British Mary Steenburgen—lovely but awkward. She plays the lovely but awkward widow,  Mrs Green, who decides to open a bookshop in an old house in a seaside village in the late 1950s, but the richest woman in town, Mrs Gamart (Patricia Clarkson, struggling a little with the posh British vowels), has plans for that space already, and goes out of her way to make life difficult for Mrs Green. Bill Nighy plays Mr Brundish, a shut-in mystery man who loves his books, and is unaccountably impressed with Mrs Green because she turns him onto Ray Bradbury and has the stones to open a small business in an unfriendly town. 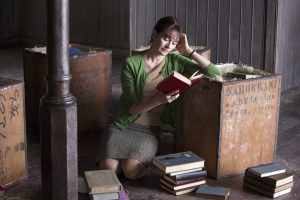 The picture tries to concoct a chaste romance between the senior Nighy and much younger Mortimer, which doesn’t fly. Clarkson is always great to see, but her natural brassiness is a poor fit for the manipulative, vain Mrs Gamart. The gossipy village life is well-visioned, but the script would certainly be improved with more laughs around those talky neighbours. The sexiest thing in it is when Mrs Green orders 250 copies of Lolita, but we never even find out if it scandalizes the town or not. They say reading a book is never time wasted, but this adaptation is mostly just a waste.

Under the Silver Lake 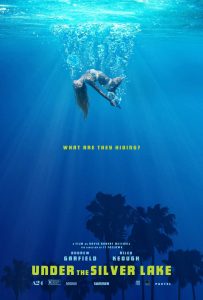 The new picture from David Robert Mitchell, director of modern horror classic It Follows, is a very different film—a Los Angeles noir in the style of The Long Goodbye or The Big Lebowski. It wouldn’t be unfair to call it a more coherent Inherent Vice, though it’s still plenty messy.

Our unnamed protagonist (Andrew Garfield, likeable but slovenly) is on the verge of getting kicked out of his Silver Lake pad but doesn’t do much to remedy his imminent homelessness. Mostly he amuses himself with conspiracy comics and theories and spies on his neighbours, including blonde bombshell Sarah (Riley Keough). She makes a strong impression but subsequently vanishes. That’s enough to get our man following her friends around town, crashing parties, and taking in LA’s peculiar hipster arts scene as it crosses over into Hollywood sleaze.

The vibe here is much more ecstasy-spiked ’90s nostalgia (REM’s “What’s The Frequency, Kenneth” features prominently) than Manson Family, though cults in the Canyon do eventually make an appearance. Mitchell seems as interested in skewering pop and video game culture and the masturbatory obsessions of young men as he is in exploring the tropes of noir, while solid casting and a widescreen, vivid sense of location really carries the film. It’s surprisingly lovely to look at, like a more drugged-out La La Land, maximizing the leafy appeal of Los Feliz, Silver Lake, and Echo Park’s lush side streets and alleyways. He also inserts animated interludes and startling dream sequences. The colours really pop, even in ramshackle low-rent apartments there’s plenty of fascinating visual detail.

As one of my cinepanions pointed out, there are a lot of boobs. While Mitchell pokes fun at the male gaze he also indulges it, for better or worse.

In the end, the conspiracy trail leads us to something more ridiculous than satisfying, but the journey is worth the circuitous stroll. This is a tale of secret codes and hidden messages, and no doubt Mitchell’s likely left a bunch of hidden messages in his film, too. Something to reward a rewatch.

One last thing to keep in mind: Apparently the release date for Under the Silver Lake was pushed from the summer to December following a lukewarm reception to the film at Cannes, so I’m presuming the version we saw at FIN is the updated cut, or maybe when it comes to cinemas it will be markedly different. Mysteries abound.