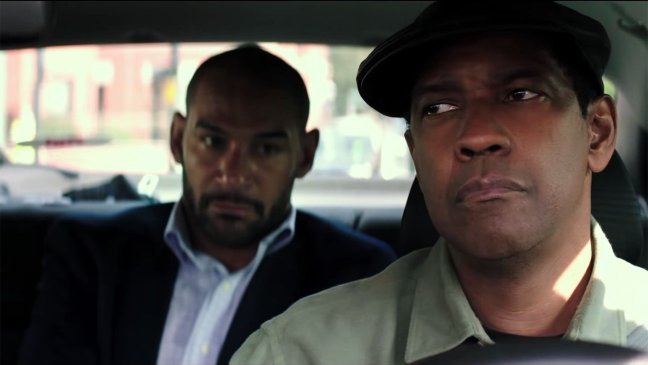 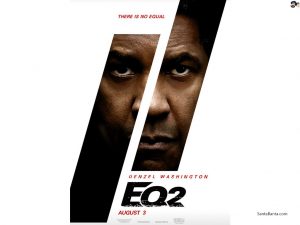 Three key things to take away from the sequel to the 2014 actioner,  The Equalizer.

One: It’s the least actually cinematic thriller in recent memory. This franchise is based on a TV series—if you’re under 35 likely you won’t recall the Edward Woodward 1980’s middle-aged-vigilante-drives-a-Jaguar show—but there’s so little about this feature that feels like it needs to be two-hours on the big screen. In one way this is pretty disappointing, how much like any number of action TV series it looks like, and in another, there’s something a little nostalgic about its inability to focus. There’s no reason I can think of that this won’t be as effective at home on cable or streaming as it is in the cinema, as far as it goes. 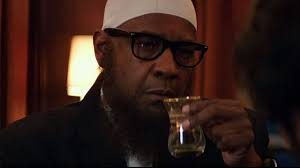 Two: The plot is incomprehensible, and not due to its complexity but because Fuqua and Wenk have simply neglected to flesh out the required detail. Our hero, Robert McCall (Denzel Washington), makes a living as a Lyft driver, and hobbies as a righter of wrongs in Boston and, occasionally, overseas. For awhile it looks like the film will just follow him around as he helps various people by breaking the arms and legs of others who mean them harm, and I might’ve been down with just that. But, instead, it introduces a couple who are murdered in Brussels, and McCall’s old pals, government investigators Susan Plummer (Melissa Leo) and Dave York (Pedro Pascal), get involved. Why the couple were killed is never adequately explained, or why these events threaten McCall and his friends. The picture repeatedly trots out the expression, “loose ends,” as if that explains everything. 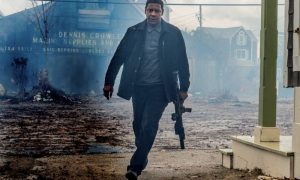 Three: The film is pulverizingly gradual and as it pursues various subplots,  it totally refuses to catch fire. At the conclusion of the second act we finally get a full accounting of the plot, and the film threatens to get exciting: But cue another 20 minutes of set-up and the arrival of an entirely unconvincing hurricane, and when the satisfying burst of violence arrives, it too little too late. In a summer where we’ve been treated with the shiny machine of a Mission: Impossible, wall-to-wall action picture, this feels like it’s on quaaludes. Washington can still pull off a bit of convincing bone-crunch, but 10 minutes of that fails to balance the 110 that gambol, loiter, and ramble.