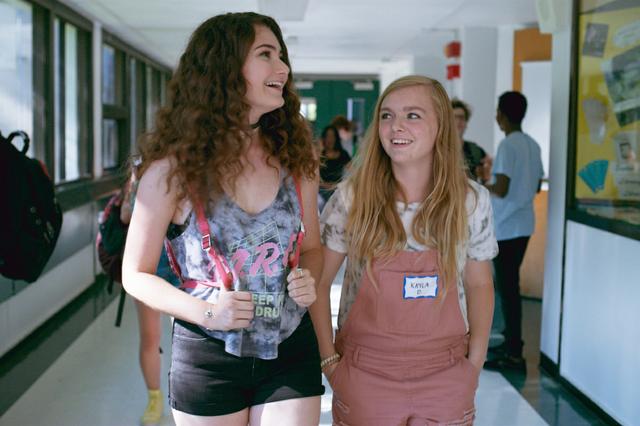 Written and Directed by Bo Burnham | 93 min | Crave Plus 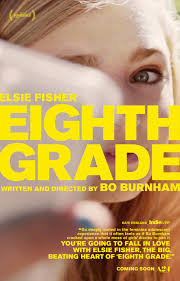 Leaving the screening, I mentioned to my cinepanion that I couldn’t remember a film I’ve enjoyed as much as Eighth Grade while still praying, from scene to scene, it would release us from its grip. Actor/comedian/writer Bo Burnham gets so much terrifyingly right in his first feature, a towering, frequently hilarious, and entirely cringey ode to teenage self-consciousness and self-discovery.

He puts the remarkable Elsie Fisher front and centre as the socially awkward Kayla, in a performance so naturalistic it’s impossible to imagine she’s not exactly the girl she’s playing. Her acne-spotted face constantly lit by her phone, Kayla makes videos, spends most of her life on the internet, makes lists of her dreams—mostly to do with having friends and maybe even a boyfriend—and sends messages to her future self congratulating her on all she’s accomplished, all while doing her best to ignore the parental interest of her father (Josh Hamilton). The videos frequently feel like messages to her current self, pep talks and self-actualization speeches, as she desperately tries to become the person she wants to be, someone confident, and courageous. Then we witness her make a series of decisions—bad and good—where the bad don’t ruin her life for more than a day (which to her feels like forever), and the good deliver to her the results she’s hoping for, even when she doesn’t entirely realize it. Thankfully, Burnham, having made us love his Kayla, doesn’t break our hearts—he just toys with them. A mid-movie shift in tone could have been shattering, but it goes another direction.

It’s been many years since I was a teenager, but the hyper-acute displays of empathy in the writing and performances in Eighth Grade brought up long-buried recollections of my own journey through the minefields of teen social discomfort. I suspect lots of people feel like misfits in junior high and high school, and this will really hurt to watch if you were (or are). 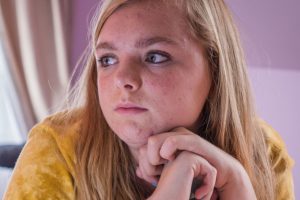 I still recommend it. It proves that the internet hasn’t made anything easier for teens—I couldn’t be happier I went through my own spotty, hateful adolescence without it—and that there are mordant laughs to be had diving deep into this material. There’s also genuine, hardbitten truth.