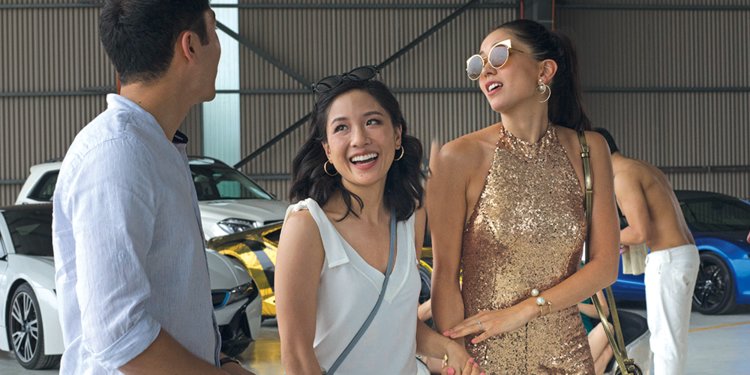 Directed by John M. Chu | Written by Peter Chiarelli and Adele Lim, from the novel by Kevin Kwan | 120 min | On Demand 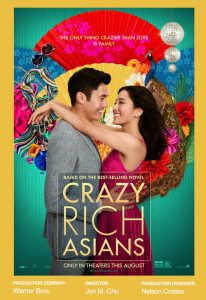 First, lets all celebrate the arrival of a full-on, undeniably old-fashioned romantic comedy. Crazy Rich Asians triples down (is that even a thing?) on all the well-established cliches of the genre, and then wallows in them, like a bed full of greenbacks.

Second, let’s celebrate a wide release winning the weekend box office with a cast entirely filled with Asian faces. There`s something undeniably cool about that, and with the success of this film, maybe we’ll be seeing even more. (That’s not to say we have any dearth of Chinese cinema opening in the region as almost every week another action, romance, or fantasy blockbuster in Mandarin screens locally.) 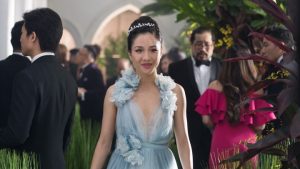 It would be a mistake to hail CRA as some kind of classic: Anyone who complains it’s a shallow, showy, soapy, ridiculous story of conspicuous consumers enjoying their massive privilege while we ride shotgun on the wish-fulfilment footage of their frocks, palaces, and private islands isn’t far off.  But it’s also an entertainingly ridiculous story of conspicuous consumers, etc, with a dash of Audrey Hepburn’s Sabrina in its soul. 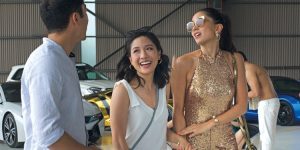 Rachel Chu (Constance Wu) is a Chinese-American economics teacher at NYU who’s been dating the hunky Nick Young (Henry Golding). He’s coy about his wealth—the Youngs are a Chinese family that moved to Singapore generations ago, where they’re the biggest real estate developers in the country. His mother, Eleanor (Michelle Yeoh, poised) is the matriarch, and her expectations for her son’s future at the head of the family are serious enough she’s willing to sabotage his interest in this relatively impoverished American. A few other supporting cast members make an impression—Awkwafina is terrific as Rachel’s best friend (also  conveniently, ostentatiously wealthy)—and a few don’t—the subplot of Gemma Chan as Nick’s sister could’ve been easily cut with no negative impact on the film. But the cast is game, attractive, and largely winning, and the glossy travelogue highlighting the beauty and glamour of Singapore is a big draw. 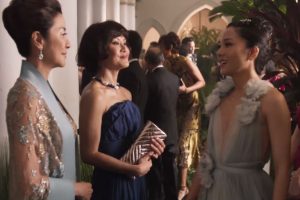 As someone outside the culture depicted in the film, it’s a little hard to tell whether it’s upending stereotypes or indulging them in the depiction of the ultra wealthyin the  Singapore Chinese community, but I appreciated the film took for granted that its audience knew how to pay mahjong during a deftly shot scene late in the running. I also appreciated that the film wants us to, if not sympathize, then at least understand the motivations of the ostensible villain, Eleanor. She’s a terrible person, but I suppose we’re supposed to take away that she raised an honourable son and, naturally, since she’s amongst the 1% of the 1%, she deserves our respect, right?