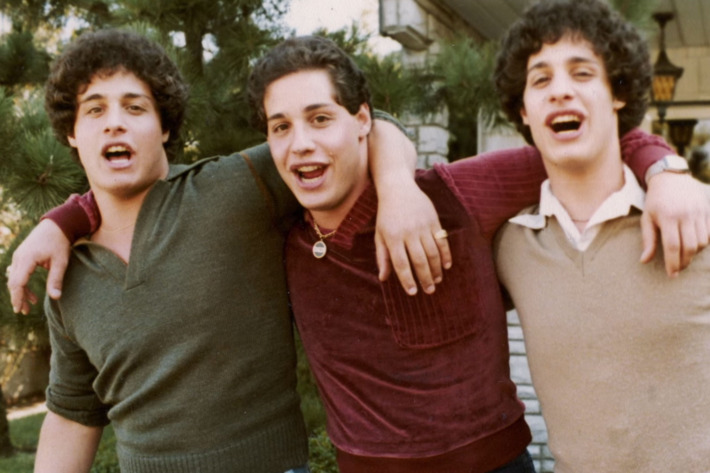 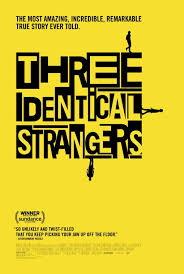 It’s a story beggaring belief: in 1980, three 19-year-olds who didn’t know each other, David Kellman, Robert Shafran, and Eddie Galland, discovered that they are triplets, separated at birth. Cue an All-American story of minor celebrity, as these three New Yorkers head out on the town, toasted by every TV show and media outlet that’ll have them.

But we’re just getting started—this documentary has a lot of secrets in store. It explores a mystery, a conspiracy, and an unexpected family marked by tragedy. 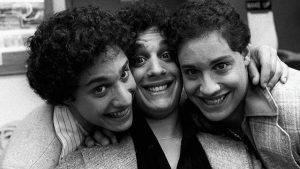 The footage of these three men, not much more than boys, finding each other and, in unison, enjoying all the attention, is easily the most delightful part of this—they just enjoy being together. It’s wonderfully infectious, their intermingled affection for one another and the unparalleled situation they find themselves in.

And that’s pretty much all I’ll say about the plot. The revelations keep coming, and just when you think it can’t get more outrageous, it does.

The director leans a little too heavily on staged reenactments to tell the story for my taste, but otherwise this is wildly effective, well-told material. The biggest complaint I have is the film ends with more mysteries still to be uncovered, but wanting more isn’t a bad thing. Present day interviews with the brothers help provide perspective, as well as a lot of well-chosen archival material, including interview footage from George Stroumboulopoulos’ CBC talkshow. 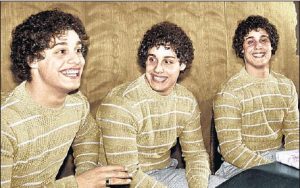 What this is really about, in the end, is the interminable conversation about whether our destinies lie in our genes or our upbringing. Don’t expect any concrete conclusions, but how the evidence is prepared and presented offers plenty of grist for that mill.