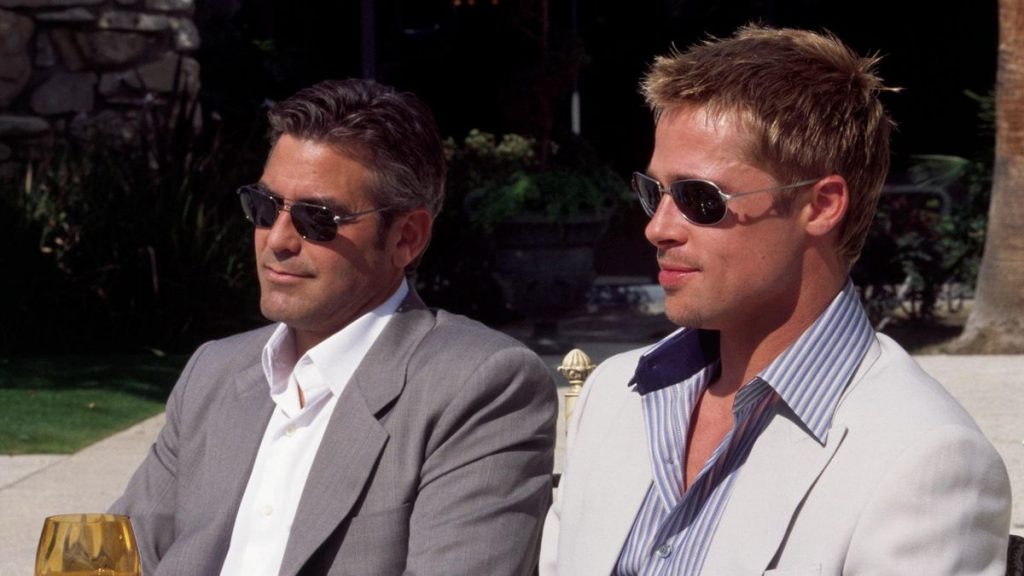 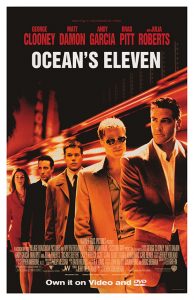 It seemed like a weird idea at the time: Let’s take the not-so-great Rat Pack picture from the untrendy early ’60s, and remake it with as many current stars as you can fit into a movie—including Clooney, Pitt, Roberts, Garcia, and Damon, with added old-school comic cool from Gould and Reiner, and new blood Mac, Affleck the younger, Caan the even younger, Jemison, Qin, and Cheadle, rocking a Dick Van Dyke-level cockney accent.

In Soderbergh’s hands, at the time in the midst of an incredible hot streak—Out Of Sight, The Limey, Erin Brockovich, and Traffic behind him, Solaris ahead—this is terrifically fun stuff. Soderbergh isn’t afraid to layer on the visual style—zooms, smash cuts, lots of clever editing and transitions. He dials up the glamour on his stars to near-blinding, providing them an immaculately tailored wardrobe. They all look great, even with Pitt stuffing his face with junk food in half his scenes—his appalling diet is a running gag. 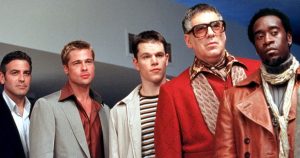 The thieves aims to steal big bucks from the vault in the Bellagio, the Las Vegas casino run by Garcia’s Terry Benedict, all while Clooney plans to steal his ex-wife back from Benedict. The heist particulars are as outrageously implausible as they need to be, and the cast acquit themselves pretty well— even with so many faces, you get a pretty good sense of who they all are. Special mention to composer David Holmes for his funky and essential contribution to all these films.

The on-screen MVPs remain Pitt and Clooney, whose bromance is more potent than Clooney’s connection to Roberts, and Damon does fine work as the Linus, the anxious son of a legendary thief still looking to prove his worth. But full marks to Soderbergh, who effortlessly updates a 1960s style to the 21st Century.

I couldn’t help but compare this film to the recent space heist romp, Solo: A Star Wars Story,  wishing that picture had a fraction of this one’s style, brio, and smarts. 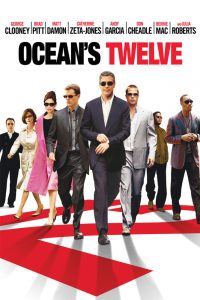 The gang’s all here, but the tone is just a notch jokier, a tad more self-aware. Frankly, that’s a little irritating. 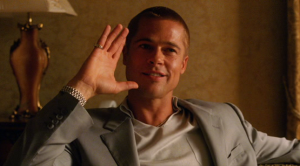 It starts with Benedict (Garcia) tracking down all those guys who stole from him the last time. He wants all his dosh back, plus interest. The boys head over to Rome with plans to liberate some cash to cover their debts, only to find a legendary French thief, the Night Fox (Vincent Cassel), is one step ahead of them on all jobs, not to mention a detective on their trail (Catherine Zeta-Jones) who has a history with Rusty, Brad Pitt’s character.

The European locations add even more pizzaz to Soderbergh’s style, and the heists get even more ridiculous, with solid contributions from Eddie Izzard, Robbie Coltrane, and Albert Finney—though Bernie Mac is wasted. 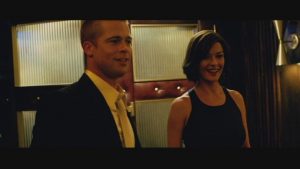 There’s a mid-movie gag that takes the picture two steps deep into smug silliness, mining Julia Roberts’ Tess uncanny resemblance to Julia Roberts, compounded by Bruce Willis showing up playing himself. It’s one narrative heist too far, but it isn’t long before the film rights itself for a satisfying wrap, and Pitt, Clooney, Damon, Zeta-Jones, and Roberts’ easy charm and sheer appeal carry the day. 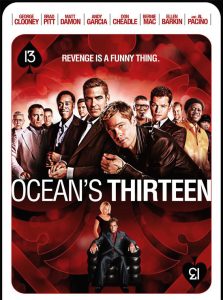 We’re back in Las Vegas, which immediately feels friendly and familiar. It’s a good choice. Number three, er, 13, does feel marginally less ridiculous than the second, so that’s something, It’s stakes never really rise to a point where it isn’t totally breezy, but by the stage Soderbergh has reached cruising altitude, so either you go with it or you don’t.

Let me be clear: as a trilogy the Ocean’s movies provide hours of quality entertainment, but for me the first is a classic, and the two following are good, if not quite to the standard of the original. It’s just never really in doubt that our charming crew will pull off their crazy caper. 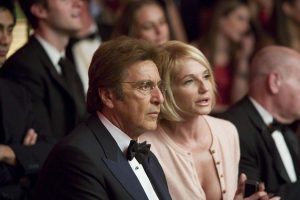 This time asshole hotelier and casino owner Willy Bank (Al Pacino) has built a gaudy monstrosity of a tower on the strip, which is just about to open. In doing so he’s screwed over Reuben (Elliot Gould), who subsequently suffers from a heart attack. Enter the crew aim to get even with Bank—sans Roberts and Zeta-Jones, whose presences are sorely missed, making the proceedings a total sausage party. This honour-and-revenge-among-thieves gambit in a weird way makes this one feel more wholesome than the other two. Somehow our heroes never quite come to the conclusion they and Bank are one and the same, but no one accused these films of being self-aware.

That’s fine—at this point we just enjoy the character relations and the twisty conjugations of the plan: The pleasure comes from the procedure. They never really explain how it’ll work, we just have to trust that everyone knows their role and it’ll all come together in the end. 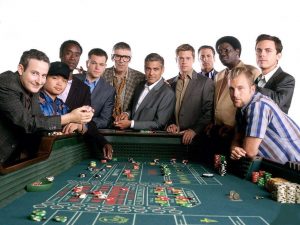 It was a good time revisiting these three films. I’d be up for these guys getting together with Sandra Bullock and her crew for Ocean’s 9, 10, 14, and so on.