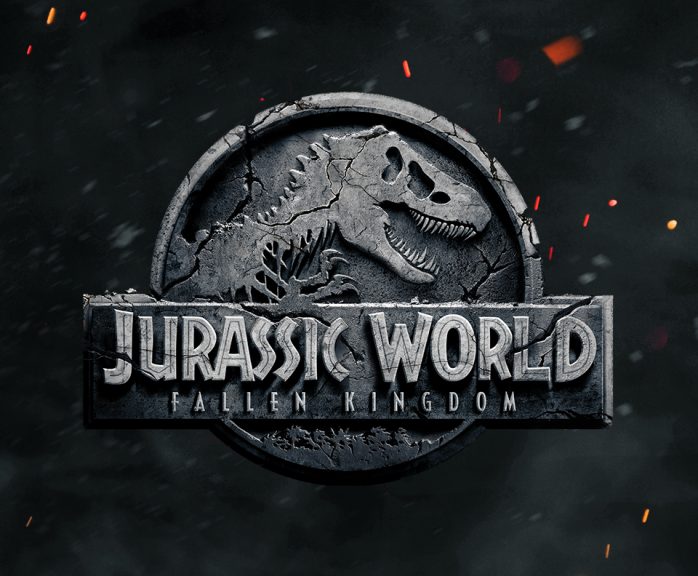 Directed by JA Bayona | Written by Derek Connolly and Colin Trevorrow, based on characters by Michael Crichton | 128 min 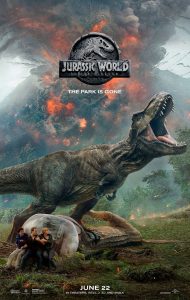 Regular readers of this blog might recall from back in 2015 the hate-on I had for the first reboot/sequel in this current run of the popular dinosaur franchise. It was awful, and a mystery to me how it made so much money.

Maybe not such a mystery: kids love dinosaurs.

The sequel mirrors some of The Lost World: Jurassic Park, the Steven Spielberg-directed sequel from 1997 to the original Jurassic Park, in that it transports the beasties off the island and to the mainland. Jurassic World: Fallen Kingdom is also a course correction from the last picture. I liked it more, but that’s not saying much. It’s still a blockbuster with serious character- and plot-meat problems, big enough to feed a T-Rex for a week. 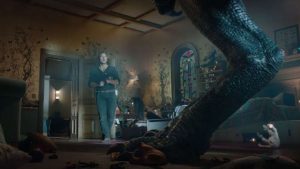 We’re back on the Isla Nublar, that tropical rock off the coast of Costa Rica where, years ago, someone had a dream to reanimate dinosaurs and turn the place into a resort for families. If there’s one thing these movies have taught us, it’s that someone always gets devoured while visiting this place. Going there’s a bad idea.

But that’s where Claire’s headed. (Bryce Dallas Howard sports more practical footwear for jungle running this time but has even less of a character arc, if that’s possible.) She’s gone from being a corporate flack to a dinosaur rights activist, and has joined a team looking to save as many of them as possible before the island’s suddenly active volcano drowns them all in hot lava, ending this dangerous experiment.

If, like me, you’re thinking, hey, for a multitude of reasons, maybe that’s for the best, Jeff Goldblum’s Ian Malcolm is on our side. More on him in a second.

That team is organized by shifty Eli (Rafe Spall), spending Lockwood’s (James Cromwell) money—he’s the partner of John Hammond, who people will recall from the original as essayed by the late Richard Attenborough, present here in an oil panting portrait. (When will Sam Neill and Laura Dern return to this universe?)

Spall’s character employs game hunter and former lamb-silencer, Ted Levine, and his crew of mercenaries to grab as many dinos as possible. Claire convinces her raptor-training ex, Owen (Chris Pratt, slightly less annoying this time out), to join them on the trip, along with other two-legged theropod treats (Daniella Pineda and Justice Smith, one note each). 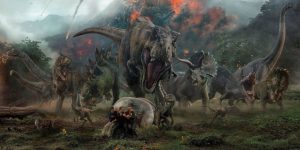 If you don’t piece together that Eli is a bad guy early on, you just haven’t been paying attention to Spall’s career. The actual, hidden nature of his efforts to get dinosaurs off the island leads to the second half of the movie back in the woods somewhere (in the UK, actually), which, to the marketing department’s credit, isn’t shown at all in the movie trailers, and features a little girl (Isabella Sermon) in a key role, with Toby Jones and Geraldine Chaplin along for support. One thing the trailers do show is the return of Goldblum, but that’s where they exaggerate. He had maybe a day of work on this thing, and is in a minute of the running time.

I liked the darker thematic tone at play here, the suggestion that our heroes, despite their best intentions, are partly responsible for the catastrophic presence of unnatural life in our modern world. The technology exists and human beings will inevitably use it, leading to our own self-destruction. This is a Crichton-esque sentiment I can get behind, just like I am in the current season of Westworld.

But those character and plot problems, ugh. This is a monster movie where clever people behave stupidly in the face of life-threatening danger, where the so-called chemistry between the romantic leads is entirely non-existent, where handguns fire underwater, and where one fellow is left entirely unaware that a dinosaur menagerie is being brewed in his basement. I get that a certain amount of logical leeway needs be allowed in these kinds of movies, but my brain kept interrupting me mid-movie with questions about stupidity. 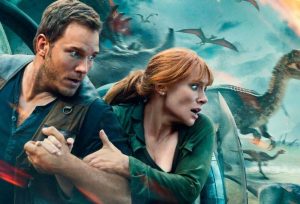 The biggest issue with these reboots is the current caretakers are nowhere near as brilliant with action as Spielberg in his heyday. Bayona orchestrates a few diverting set-pieces, but the editing here makes a lot of it feel jagged and rushed. The genuine shock and awe of dinosaurs walking the earth has been replaced by (admittedly) high-end CGI pyrotechnics and a lingering sense of deja vu. A wandering brontosaurus just doesn’t inspire in Jurassic Park 5 like it once did, and while this Fallen Kingdom is, in some ways, a step in the right direction after the last appalling instalment, it sure would be great if the next time (and you know there will be a next time) the DNA of this cloned creature is spliced with some fresh blood.