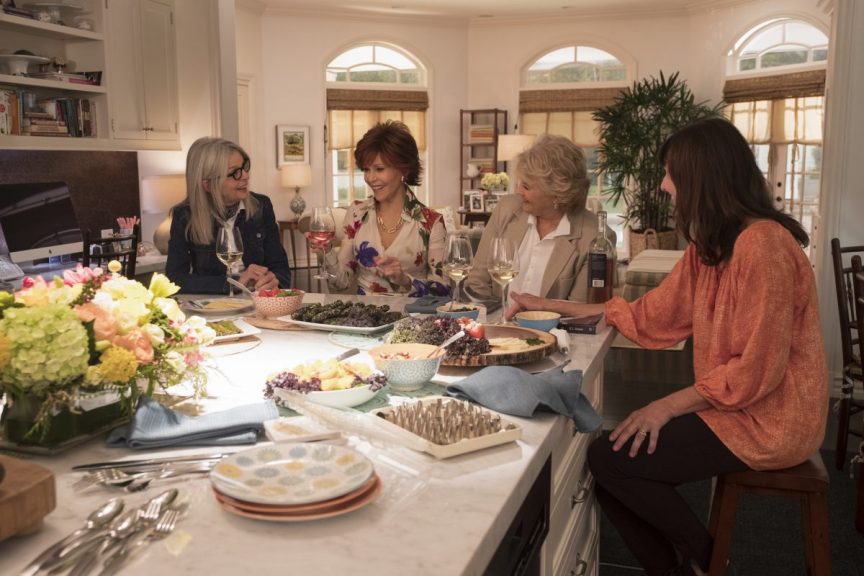 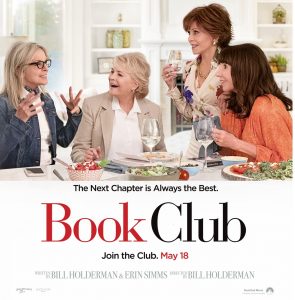 Candice Bergen’s been nominated for an Oscar and won two Golden Globes, a plateful of Primetime Emmys, and made a powerful impact on American culture with her Murphy Brown TV series—soon to return. Jane Fonda has two Oscars and seven nominations, and is Hollywood royalty, with her father Henry, her brother Peter, and niece Bridget. At age 80 she’s had a career in Hollywood spanning more than 50 years. Mary Steenburgen is also an Oscar- and a Golden Globe- award-winner. And Diane Keaton is both a style icon and an Academy Award-winning actor, who’s wowed audiences with both her impeccable comedy timing and dramatic chops.

That these four terrific performers would all star together in one film is something worth getting excited about, but it’s an indictment of Hollywood’s quality control that this is the kind of crap they show up in. Even their eminent watchability can’t make this processed turkey appetizing. 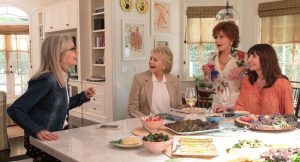 A group of four friends get stoked by reading 50 Shades of Grey, as you do. Bergen is a cranky, lonely federal judge who’s been divorced for two decades from Ed Begley Jr, made more frustrating for her lately as he’s found a much younger fiancé. Fonda is a wealthy hotelier with whatever the male equivalent of a harem is, who runs into an old flame played by Don Johnson. Steenburgen is married to a man (Craig T. Nelson) more interested in revving up an old motorcycle than her, and Keaton is a widow with daughters (Kate Aselton and Alicia Silverstone) who want her to move to Arizona where they’re living, but she meets a charming (and independently wealthy) pilot (Andy Garcia) on the plane. 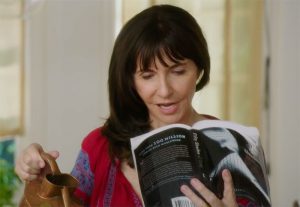 This is a movie where the exact thing you expect to happen happens, on time like the 5:13 out of Baltimore. There aren’t any surprises, barely any wit, and much of the humour that is here would’ve seemed cheeseball when these women were teenagers. The older audience I saw the film with laughed at the raunchier material, like the scene where one of the ladies has sex with her date in the back of her car. I agreed with them: that was the better stuff. A little more outrageousness would’ve been welcome. A few more narrative risks, even when the brow is especially low. 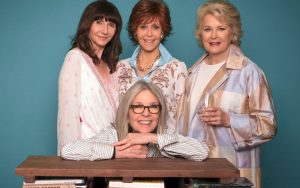 As it is, Book Club represents a massive waste of talent, which is patently offensive given the experience and charm of the talent arrayed. I haven’t even mentioned the appearances of Richard Dreyfuss or Wallace Shawn, adding to the pool of quality and doing their best with this terrible material.

I want to see these performers in films, I just don’t want them wasting their time, or ours, with this dreck.