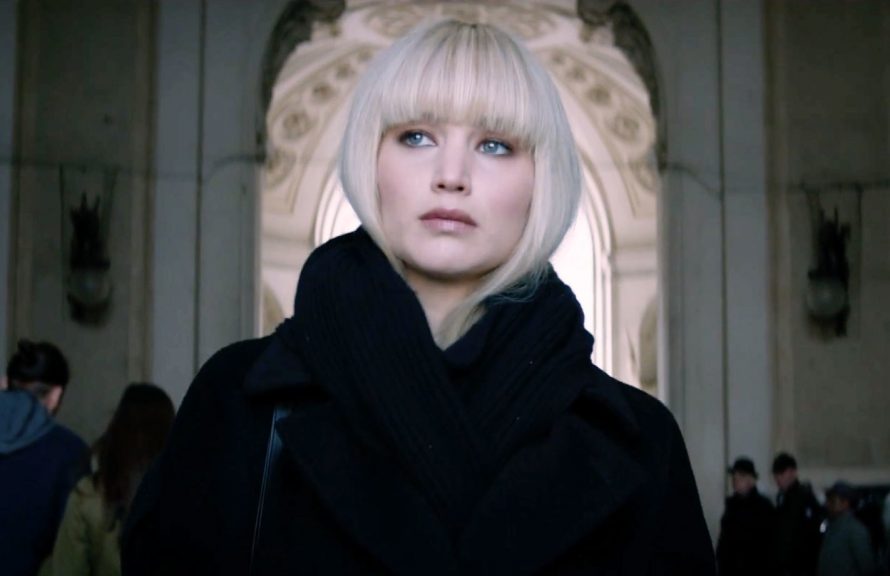 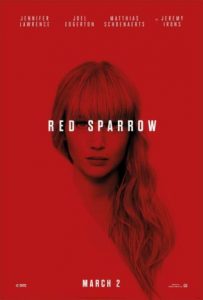 There’s something uncanny about the stride of Charlotte Rampling. In this film she’s the Matron, the head instructor at Sparrow School, the secret camp where Russia trains its hardest, deadliest spies. Maybe it’s her boots that make the way she walks compel so, but by the time she shows up, I was keen to find something here to really enjoy. Her unusual stride gave me something to focus on in the otherwise aggressively conventional first half of the film. I’m thankful for such a small thing, and Rampling has made a career of being the best part of pictures that otherwise wildly vary in quality.

I really wanted to like Red Sparrow. It’s smack in the middle of my sweet spot—an edgy spy movie with a charismatic lead, terrific production design and a big budget to justify the international locations. Lawrence the star isn’t the problem here, it’s Lawrence (no relation) the director. He took The Hunger Games films from entertaining to awful, and wouldn’t know a genuinely thrilling  camera move or editing choice if it tap-danced on his face. He’s made a tiresomely by-the-numbers thriller with a wallpaper score that doesn’t show any sign of a pulse until halfway through. Jennifer Lawrence gives him so much to work with, but the movie refuses to meet her halfway. 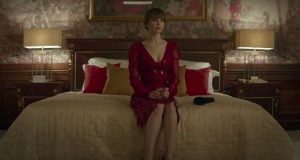 She’s Dominika, a Bolshoi dancer who suffers a career-ending injury. That doesn’t stop her from almost beating to death a fellow dancer and her replacement in a jealous rage. For a second here I thought they were framing her as a natural, bloodthirsty killer—that would have been really interesting.

Her mother (Joely Richardson) is chronically ill, and Dominika needs to find a new way to support them both. Enter Uncle Vanya (Matthias Schoenaerts), who works for Russian intelligence and offers her a one-time opportunity to make some money, leading to sexual assault and murder. It forces her to choose between death or going to work for The State. The La Femme Nikita parallels here are pretty strong, which I wouldn’t have minded if this film had a fraction of Luc Besson’s visual style, energy, or offered up something more gripping than just Jennifer Lawrence’s natural magnetism.

The Sparrow School, where she’s expected to learn how to subsume her ego and learn how to do things she finds abhorrent, never really takes. She does learn how to pick a lock, but otherwise resists it entirely, refusing to submit to their techniques. With her uncle’s influence (and the control of other high-ranking operatives Ciarán Hinds and Jeremy Irons) she’s put in the field anyway, with instructions to get friendly with Budapest-based American spy, Nate Nash (Joel Edgerton), who knows the identity of a double agent inside the Russian intelligence service. 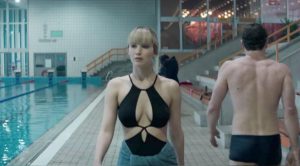 It’s only when she makes contact with Nash, and has to manage both her own unpleasant colleagues (Thekla Reuten and Douglas Hodge) as well as the Americans on the other side who take an interest (Sakina Jaffrey and Bill Camp), that things finally start to spark. She sets up a money-for-confidential documents deal with an alcoholic American senator’s chief of staff (Mary-Louise Parker, having more fun in her brief appearance than anyone else), and that’s where we really start to wonder after Dominika’s hidden agenda. Is she playing Nash or angling for an opportunity to get away from her life in Russia? The film finally uses that ambiguity, and Dominika’s underlying aggression, to keep us guessing.

Lawrence employs her face, and the accent, like a shield. This is her most internal performance, but it’s still plenty fascinating. The film is R-rated, remarkably gory and explicit in its violence and nudity, while still being disappointingly unsexy. And I’m sad to report Lawrence and Edgerton, who are both plenty fetching performers, share a startlingly unconvincing sex scene.

The spy genre requires lock-tight internal logic, which Red Sparrow doesn’t have. For instance, how is it that in 2018 confidential documents are shared on floppy discs?  And why is Dominika instructed to replace a man’s cell phone with a duplicate? How could anyone manage get the gigabytes of information required to duplicate all the contents of a cell phone without someone noticing, and then still need to replace it? 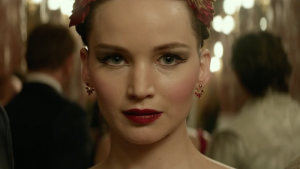 What’s maybe most frustrating is that the bones of a terrific spy movie are evident beneath the generic script and dodgy accents. There’s a pretty great twist in the tail of it, but it comes very late, where your patience will likely have worn thin. If you do go see this, just imagine what the David Cronenberg of, say, Eastern Promises, would have done with this material. How much more perverse, transgressive, and wonderfully exciting could it have been?