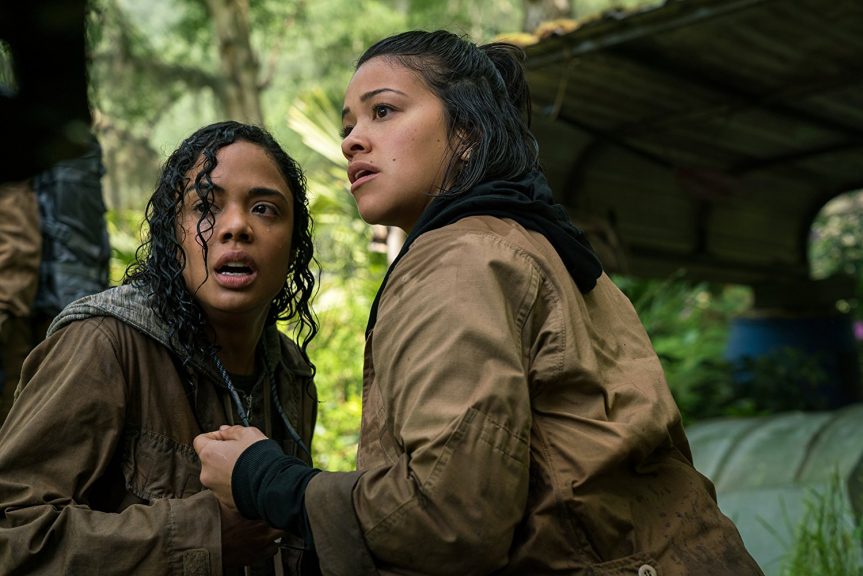 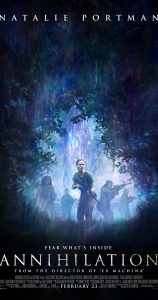 Idea-based science fiction on the big screen is a rare gift. The genre trades in ambiguity and fear of the unknown, and Annihilation has a bucketload of both. It didn’t give me the same thrills or chills I found in the book, but I can respect what Garland does with the material and enjoyed the time spent with it, even as it left me scratching my head while heading for the exit. 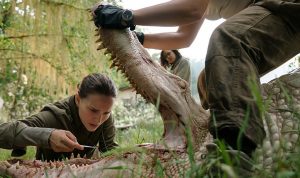 Lena (Natalie Portman) is a teacher, biologist, and former military. Her husband, Kane (Oscar Isaac), is still in the forces, but has been MIA for a year. Cue his unexpected return, except he’s not quite himself—he’s come home with massive organ failure. It turns out he’s been lost in Area X, an expanding zone of extraterrestrial weirdness on the US gulf coast. Lena signs up with a fresh batch of recruits (Jennifer Jason Leigh, Gina Rodriguez, Tuva Novotny, and Tessa Thompson) heading into the mysterious wetlands of what they call, “The Shimmer.” 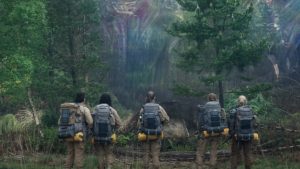 I’ll not say what they find, but if you’ve read the book you’ll notice Garland has been liberal with his plot changes, which makes his film feel a little more like Predator than, say, Arrival, probably its most recent genre antecedent, or even Forbidden Planet, going back to the ’50s. The visual splendour glamours the eye, the monstrous critters are hella creepy, and the psychedelic wonder impressive, but I confess I missed some of the intensity and poetic intelligence of the book’s plotting and alien presence, and wished for the soundscape that emerges in the finale to have been a bigger part of the overall film. I wanted a little more of what I liked in the source material. 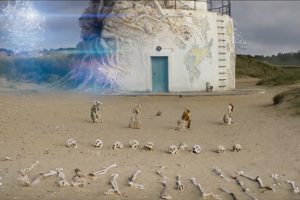 Portman brings a dose of the toughness and vulnerability she showed to such terrific effect in Jackie, and the novelty of this kind of story told with five women in the leads—Isaac is largely present in flashback—gives it a fresh flavour. All have their own arcs and personalities, though maybe we could’ve had more time with them. A compelling line of thought—the difference between suicide and self-destruction—is something I’m still mulling over hours later.

But what does it all mean? The lack of cognition in the antagonist at the end of this thing made it feel a little too much like a disaster movie, humanity against some kind of monolithic, if strangely intuitive, force, an environmental cancer that we can’t help but investigate. But, again, I’m OK with knowing shelved for the sake of teasing questions. 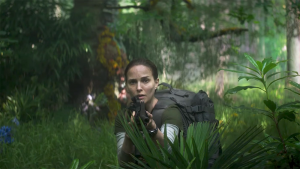 Here’s one probably only he can answer: Why use a song by Boomer icons Crosby, Stills, and Nash in your weird, very contemporary-feeling, science-fiction picture?