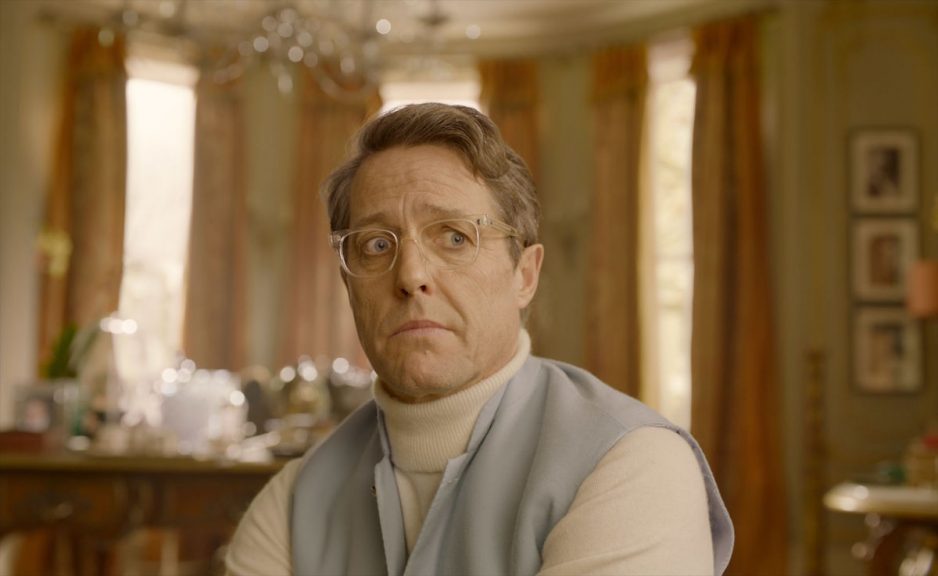 Directed by Paul King | Written by King and Simon Farnaby, from the Michael Bond character | 104 min

The return of the warm and literally fuzzy, marmalade-loving bear, and a welcome return it is. The first film showed up in North American cinemas in January 2015, which seems incredible to me. I was half convinced it was just last year. King helmed the first one, and to this terrific sequel he brings the same delightful sense of character and romantic sense of place, the London from stories. (It’s actually there if you look for it.)

Paddington (voiced by Ben Whishaw) is keen to get a gift for his Aunt Lucy (voiced by Imelda Staunton) on her 100th birthday (presumably in bear years). He finds a rare pop-up illustrated book of London he’d like to send her, but, at the same time, has-been thespian and master of disguise Phoenix Buchanan (Hugh Grant) has his eye on it as it might hold the key to untold riches. An unfortunate set of circumstances has the upstanding bear sent to gaol (as the Oscar Wilde would’ve spelled it) in the company of Brendan Gleeson and Noah Taylor while his loving adoptive family, the Browns (including Hugh Bonneville, Sally Hawkins, Samuel Joslin, and Madeleine Harris) try and clear their bear’s name, with the support of the nicely, but not self-consciously, multi-cultured neighbourhood denizens. 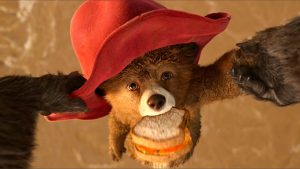 The film continues that wonderful feeling of comfort and delight so particular to English children’s books and movies—inclusive, hopeful, and by all means, polite. The set-up is light as a feather and very simple: bear wants book, so bear takes odd jobs to earn money and stages a series of Buster Keaton-esque pratfalls. It doesn’t get any more complicated until Buchanan shows up, and poor Paddington heads off to serve 10 years. Wonderfully, that’s also when King dips into Wes Anderson territory, finding a way to turn the prisoners’ garb pink and serving cutaway shots of the individual cells and potential routes of escape.

A bow and a tip of the hat to Hugh Grant as the film’s MVP. Grant has spent a few years in the wilderness, and some of that’s been of his own doing with forgettable fare like Did You Hear About The Morgans? But since Cloud Atlas, he’s been making much better choices in supporting parts that highlight his particular charm, in films like The Man From UNCLE and Florence Foster Jenkins. Someone get this man a knighthood, already.