It’ll probably be early January before my Top 10 of 2017 is ready to drop—I need to see a few of the holiday releases before I make that call—but right now I can share my favourite hidden gems of the past year. This will be an alphabetical set of the more unusual, lesser-seen pictures that are very much worth seeking out on Netflix, Video On Demand, or Blu-Ray/DVD.

(If I’ve reviewed the films in 2017, you’ll find my more detailed thoughts via underlined links.) 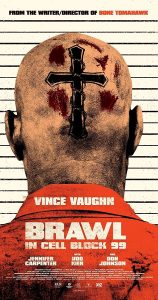 Bradley Thomas is a man of principle. That’s the first thing you should know about him. His principles run to patriotism, fidelity, and fatherhood, but they don’t go so far to preclude murder. When he’s fired from his job as a tow-truck driver he finds work dealing meth, heroin, and coke. He needs to support his wife and forthcoming child. But when a deal goes bad, he’s looking at hard time. He’s going to miss the birth of his kid, but he won’t roll over on his associates. Not that they’re going to be happy with him anyway.

Last year, S. Craig Zahler’s Bone Tomahawk made this list of overlooked pictures. I’m sure one day he’ll make a film that’ll find itself on my Top 10. He’s got a deliberate way about how he uses his camera, a dry, deadpan approach, fed by a subterranean vein of pitch black humour. This is a crime thriller, but we spend much of our time just getting oriented to Mr Thomas and his worldview, and then the world that he finds himself in as a guest of the State.

As Bradley Thomas, Vince Vaughn gives a career performance. His typical hustler energy is instead wound tight, a steel coiled tension. I’ve never seen a director utilize his physicality in this way—Zahler keeps the camera at about chest height, emphasizing Vaughn’s towering presence, or pointing a lens at the back of his bald head, tattooed with a cross. Thomas’ propensity for anger is illustrated early on when he beats up his wife’s car with his bare hands. That sets the tone right there. But it’s followed with a marital negotiation that reaches a reasonable conclusion. Thomas isn’t an animal, but he is free of fear and a sense of doubt. It’s especially impressive from an actor best known for his comedic work.

The violence, when it comes, is loud, wet, and crunchy. This is a grim vision, and not just because it features a cinematic return for Don Johnson, with nice cameos from Clark Johnson and Udo Kier. This is a trip into a special kind of hell. VOD 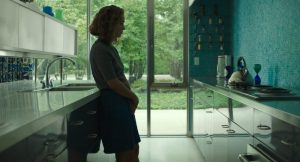 I was more critical of Columbus when I first saw this film at Carbon Arc this season. It felt almost too formal. But in the weeks since, its pleasures have lingered with me, unexpectedly. The story of the adult son of a stricken academic, stuck in a small city in Indiana waiting on his father’s health while getting to know a local woman, is the quintessence of low-budget indie script ambition, but it’s the visual aesthetic that impresses and insinuates; shots thoughtful and meticulously framed, both in the camera movement and the choice of sets and locations. First time feature filmmaker (but multiple film essayist) Kogonada has an extraordinary certainty. His story, his characters, and his setting are all fairly small scale, but his visual ambition is enormous. VOD

The Girl With All The Gifts 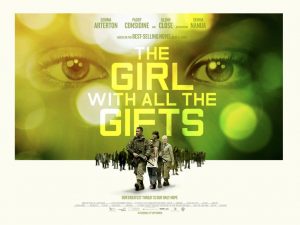 Officially a 2016 movie, but we didn’t get to see it until 2017 in North America—and my preference is not to include festival films that didn’t get a release in cinemas or on VOD (see a collection of gems to look out for in 2018 at the end of this list).

Part zombie picture, part post-apocalyptic science fiction, the film gingerly treads in the footsteps of Danny Boyle’s 28 Days Later and its sequel, but winds up further down the narrative road, raising the undead stakes in unexpected ways. We’re in post-virus decimated Britain, but a small group of infected kids have retained their own brains, even as they crave the grey matter of others. Great work from a cast that includes Gemma Arterton, Paddy Considine, and Glenn Close, elevates the drama way above and beyond genre expectations. Blu-Ray, VOD 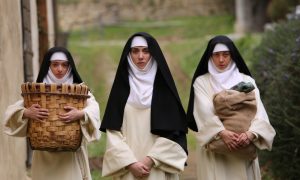 A broad, foul-mouthed sex nun comedy. What more do you need to know than that? It’s shaggy and peculiar and R-rated, the likes of which we haven’t seen since the heyday of Monty Python or Mel Brooks. While comedy remains the most subjective thing—some will likely find this far too base and ridiculous—aside from this year’s big budget, comedy-inflected superhero movies, I probably laughed more at this than I did at anything else. Big props to Aubrey Plaza for her work in this and another solid 2017 comedy, Ingrid Goes West. Blu-Ray, Netflix

The Meyerowitz Stories (New And Selected) and Okja

This feels a little foolish, counting two films as “under-the-radar” when both are available on the massively popular streaming service, Netflix. The thing is, it’s easy for films to get lost or overlooked in that space. If Netflix is our new video rental store, I think it’s worthwhile drawing attention to the good that’s there. 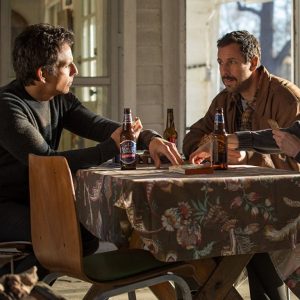 The Meyerowitz Stories (New And Selected) is probably Noah Baumbach’s best work as he firmly inherits this particular brand of privileged, New York Jewish humour from Woody Allen. This is a very masculine (almost to a fault) tale of brothers in awkward middle age, dealing with their father’s failing health and their own fraught relationship, offering both touching and hilarious work from Ben Stiller and, yes, Adam Sandler. Only the foulness of recent allegations against Dustin Hoffman of sexual harassment could spoil it. Netflix

The new picture from from Snowpiercer‘s Bong Joon Ho is Okja, a truely unique picture that gets into one of the key contradictions of modern life: some animals are our beloved pets, and others we eat. It stars Tilda Swinton, An Seo Hyun, and Jake Gyllenhaal. As I wrote in my original review, “the film is fully a funny animal comedy—complete with a bunch of ripe scatalogical gags—an action movie—though some of the action beats are a little confusing—and a deft and occasionally powerful drama.” Netflix 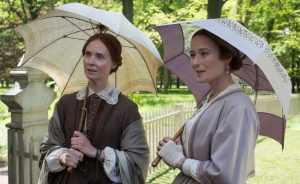 It’s rare to find any kind of biopic on my lists, given how repetitive and mechanical most are, but this look at the life of American poet Emily Dickinson is fascinating, largely due to the methodical craft of British auteur Terence Davies and a typhoon of a performance from Cynthia Nixon, with potent support from Jennifer Ehle. The film works as proto-feminist history, a story of struggle and a deep sadness in a world defined by men, but it feels especially relevant given the reckoning and accountability for male bad behaviour we’ve been seeing recently. Blu-Ray, Netflix 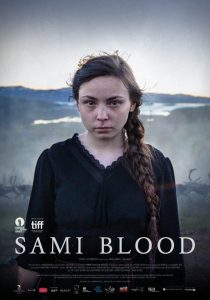 Speaking of relevancy, seek out this Swedish feature if you can: Set in the 1930s, a teen from the Scandinavian indigenous people, the Sami, and her little sister are sent to a residential school in rural Sweden, only to find themselves studied, poked, and prodded. The teen leaves, heading for the city in the hope she’ll find a better life there. She’s self-determined, but rejects her source. It’s a complicated story, frequently painful, but it’s one of the most potent pieces of aboriginal art I’ve seen on a subject about which many have been thinking. Directed by Amanda Kernell, a filmmaker descended from both Swedish and Sami, the lead and her sister, Lene Cecilia Sparrok and Mia Erika Sparrok, are actual sisters in real life and are also Sami. DVD pre-order 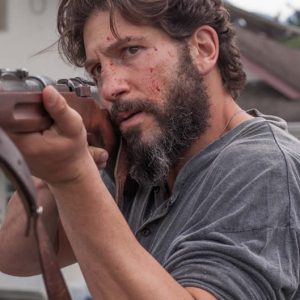 Toronto director Jamie M. Dagg’s first feature is from a Black List script by the China Brothers, Benjamin and Paul. It’s a wonderfully nuanced and moody small town noir about a hitman who does the job he was paid to do—kill a guy—but the wife of his target (and his contractor) can’t come up with the money to pay him. What’s especially interesting  structurally is the inciting incident impacts other characters even more, a couple played by Rosemarie DeWitt and the very busy Jon Bernthal, who’s a motel owner and former rodeo rider. You’ll never see where this is going, but you’ll enjoy how it gets there. VOD 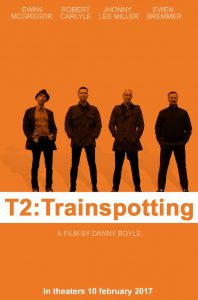 Here’s a film that came and went, and like another prominent sequel this year, Blade Runner 2049, bucked the rule that a story’s continuation 20 or more years after the original is a hollow money grab. Filmmaker Danny Boyle reunited with his original cast of characters, and seemed almost surprised to find them still alive. Now knocking on middle-age, they’re coming to terms with their responsibilities, their health, and the mistakes of their much younger, much higher, selves. It’s nowhere near as much fun as the original—and how could it be?—but it’s a rewarding visit with these folks, and captures that sense of time’s unforgiving passage on us all. VOD

Titles of gems to watch for in 2018 that were screened at the Atlantic International Film Festival: Novitiate, How To Talk To Girls At Parties, A Fantastic Woman, and Nova Scotian feature films The Crescent, and Black Cop. And congratulations to the filmmakers for the critical attention regional drama Werewolf received this year.  Will look forward to what comes next from Ashley McKenzie.