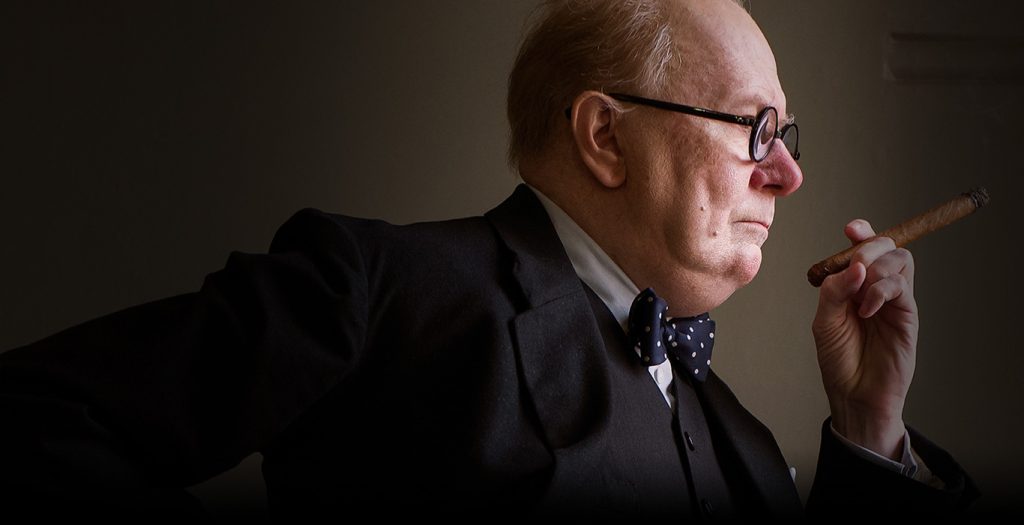 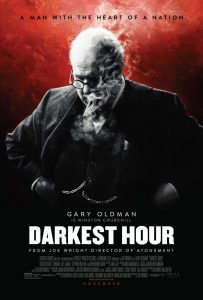 It isn’t the fault of the filmmakers that Darkest Hour is the third feature film to show up in cinemas this year—following Their Finest and the titanic Dunkirk—inspired by the same historical material, the rocky period in May 1940 when Britain was staring down the Nazis while the rest of Western Europe fell beneath the German bootheel. But while Wright wrings every bit of pizzaz from a host of directorial flourishes, dresses up some terrific actors and gives them meaty dialogue to chew, his film can’t help, in the wake of these others, to feel inessential. 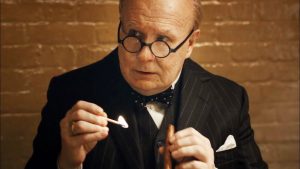 Gary Oldman is who people are talking about here. Once an angry young thesp he’s become a film veteran, and the impressive make-up helps convince in his transformation into Churchill. It starts with his Churchill suddenly Prime Minister as that infamous appeaser, Neville Chamberlain (Ronald Pickup), loses the confidence of his party. Churchill doesn’t fill the parliamentary benches with much more confidence, and fails to inspire King George VI (Ben Mendelsohn), all while Viscount Halifax (Stephen Dillane) plots to sue for peace. He does succeed in frightening his new secretary, Miss Layton (Lily James) while his wife, Clemmie (Kristen Scott Thomas), is the only one who has his back as the drums of war sound. 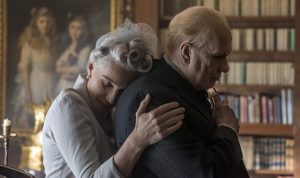 Wright enjoys his camera cranes, with characters in the middle of spaces while we fly up into the ceilings and the clouds above them. He also enjoys close-ups of whiskey splashing into crystal, and angled spotlights through towering windows. None of this does much to distract from a certain overfamiliarity here: Anyone who knows their history, or has seen Into The Storm,  The King’s Speech, the first season of The Crown, or either of the films mentioned above, will already know pieces of this story, and while having Churchill ride the Tube in order to straw poll the British working class may function as a handy illustrative for a dramatist, it’s a hokey bit of storytelling. 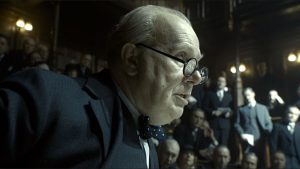 But really, there’s nothing wrong with all of this: it aptly dramatizes the facts of the day, all the backstory that Christopher Nolan left out of Dunkirk. The thing is, Dunkirk proved you didn’t need the backstory if you deliver a cinematic epic of sound and fury. Aside from arriving first, it makes Darkest Hour look like what it is: an old-fashioned history lesson.