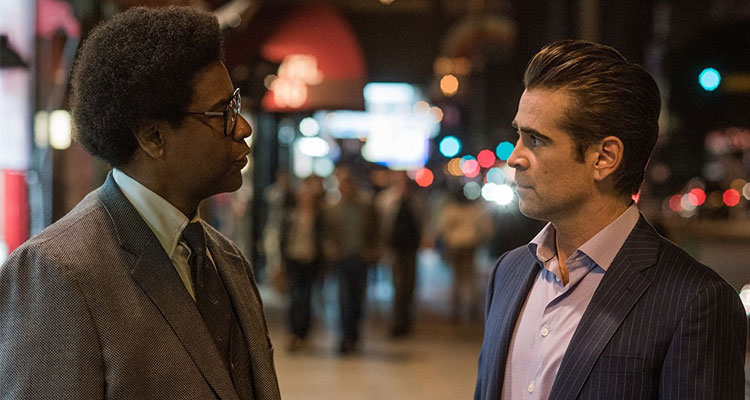 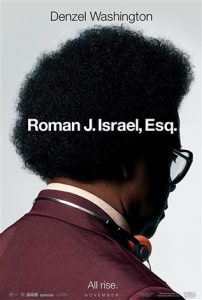 Gilroy the writer-director gave us the impressive Nightcrawler in 2014. Gilroy as just the screenwriter goes a lot further back than that—he was one of the scribes on the largely forgotten Mick Jagger science-fiction picture Freejack in the early ’90s, with some interesting fare since then. Based on the mixed—to be charitable—reactions of those who saw it at TIFF and its reception at the box office, it doesn’t look like Roman J. Israel, Esq. will further burnish his reputation, but I’m here to tell you the film is interesting, at the very least. Like its protagonist, it’s a little preachy and a lot awkward, but its heart is well placed. It’s a fairly simple story about faith, keeping it, losing it, and coming to terms with all of that.

Denzel Washington is at his most actory here in the lead, heavy and twitch-laden. A dude stuck in the ’70s in his style, glasses, suits, and hair—all of which takes a lot of effort in 2017—as well as his world view. He’s been fighting the good fight from the shadows, the activist lawyer, but when his largely unseen partner has a heart attack, he has to step up and step out. It doesn’t go well—he’s not a “people person,” and absent a lot of the tact the job requires. 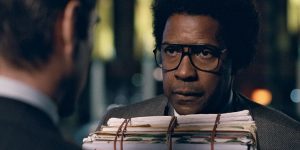 Someone muses that he’s some kind of “savant.” I’m not sure why Gilroy chose to give him a near-photographic memory along with his other routine-oriented obsessions as it serves the plot only slightly. This neuroatypical suggestion feels like screenwriter’s crutch rather than a character’s truth.

Israel’s precarious financial situation forces him to join a large firm—with Colin Farrell’s none-more-slick George Pierce in charge—and take cases that rub him a little raw. Meanwhile, he crosses paths with Carmen Ejogo’s Maya, a genuine activist, and inspires her with his rhetoric. But a crisis of confidence is lying in wait, tipping him into a couple of bad decisions, and eventual maple turkey bacon doughnuts. (Which, for the record, are never a bad decision.) 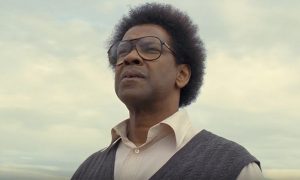 The film carries us along with Israel’s many downs and few ups, and we relish his opportunism. Why shouldn’t he treat himself to some material rewards at this point in his life? Naturally, there’s serious consequences waiting not too far off, ones that aren’t hard to foresee. All this will seem uncomfortably sanctimonious to some. But that question of faith, it’s one with a universal resonance. Even if it’s a little heavy-handed.

Gilroy’s filmmaking confidence allows for a host of incidental pleasures. A deft use of his camera—alongside the terrific Robert Elswit, who shoots PT Anderson’s films—does justice to multiple corners of downtown Los Angeles, from skyscrapers to 1980s buddy-cop alleyways, providing a vivid settings at Israel’s apartment, evocative street scenes, and the Santa Monica beach. A great selection of ’70s soul and funk on the soundtrack sure doesn’t hurt. 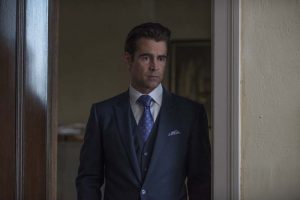 And is it fair to call it the Farrell-aisance already? The last few years have seen the most prominent Irishman in movies choose a nice mix of supporting parts and leading roles in pictures by Yorgos Lanthimos and Sofia Coppola. It looks good on him. He’s the best thing here in his typically furtive, coiled way. Someone cast him and Kristen Stewart as assassins or siblings, and watch the screen burn up.