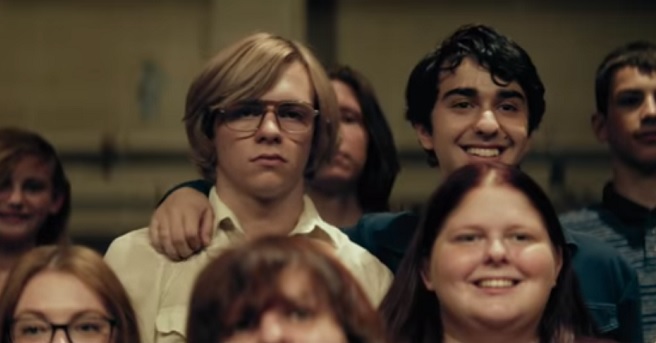 Directed by Marc Meyers | Written by Meyers, based on the graphic novel by Derf Backderf | 117 min 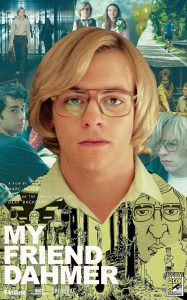 Dahmer is played with slope-shouldered authenticity by Ross Lynch. The bowl-cuts and baseball t-shirts bring a genuine 1970s midwestern vibe, evoking a slightly perverse version of Dazed & Confused, complete with the brutal bullying and inane attention-getting antics endemic to American high-school life, but with the focus almost entirely on one of the odd supporting cast always in danger of getting the crap beaten out of them, like maybe Adam Goldberg. 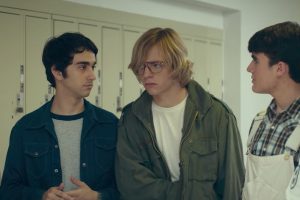 Based on an autobiographical comic by Backderf (here played by Alex Wolff), who hung out with Dahmer when they were both in high school in rural Ohio, it’s a lot less lurid than you might expect, with a lot of gorgeous, summery  Ohio exteriors, but I challenge you to walk out of this and not feel a little creepy for your interest, however clear-eyed the filmmaker is of his subject.

If you walked into this not knowing his eventual disposition, Dahmer would seem like your average introverted dude into mock seizures and alcohol, dealing with his mother’s mental health issues and his father’s insecurities, all while collecting roadkill and pickling the little corpses in bottles. If anything, the film suggests the utterly normal, day-to-day life of teenagers in America easily breeds alienation. And at the worst, a kind of monstrous abnormality. 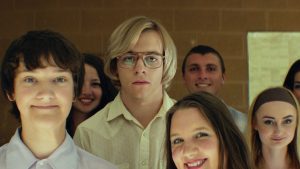 It also indicts a culture of self-interest that goes beyond the life of teenagers, where someone can just fall through the cracks and be lost. This isn’t really a serial killer movie, it’s an investigation into the society that produces those killers. It’s occasionally frightening, but mostly just implacably sad.