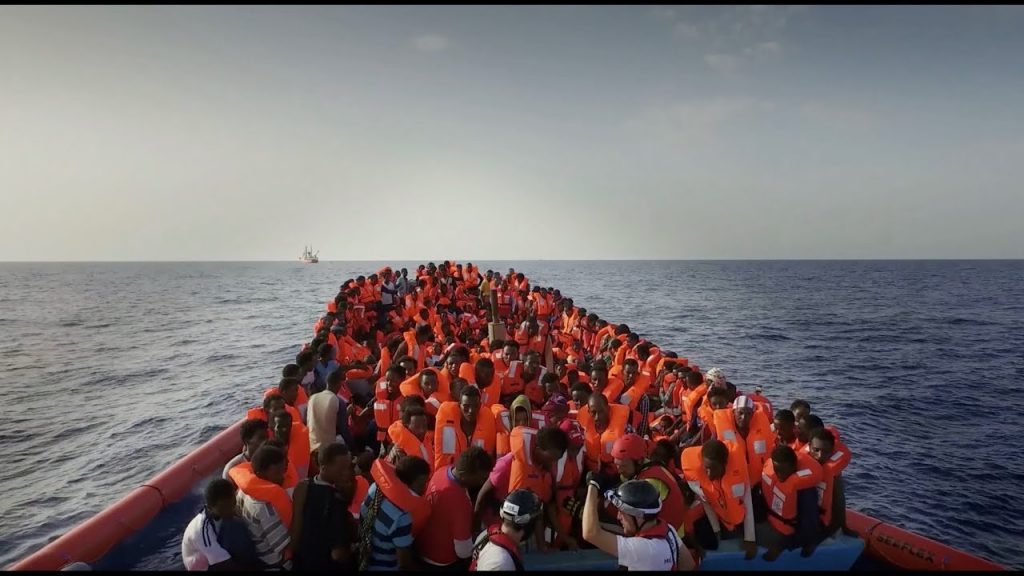 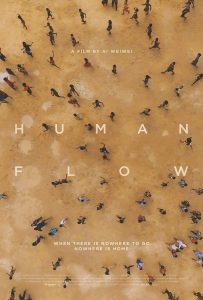 Children’s faces: That’s what you’ll take away from Chinese artist and dissident Ai Weiwei’s documentary Human Flow, which hops from place to place to give us a look at the struggle and suffering of thousands of migrants.

Some of this is simply images of people walking, trudging, through muddy roads, over hill and dale, in Greece, southern Italy, on the border of Macedonia, Hungary, Germany, France, Syria, Jordan, Turkey, Iraq, Afghanistan, Pakistan, South Sudan, everywhere that people have escaped to or from, and many, many refugee camps, where people are stuck, their future a huge question mark. 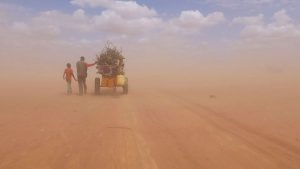 He puts a human face on the plight of so many, but still manages to find beauty here, whether it’s the landscapes these people travel through, the glowing fires burning into the night across Mosul, or gorgeous patterns of human life as seen from hundreds of metres in the air—the drone photography is remarkable. Even destruction of cities or the sheer drama of an overcrowded camp can offer a compelling aesthetic. An overhead shot of an anxious tiger in a cage is as deft a visual allegory for Gaza as I’ve ever seen—though the tiger gets to leave. After awhile it all just washes over you, signposted by newspaper headlines scrawled across the bottom of the screen and the occasionally snatch of poetry. 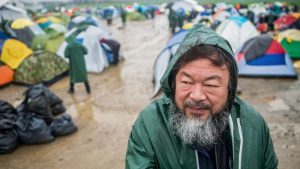 Ai Weiwei is an interesting presence in his film. At first, I was turned off by his filming himself helping a refugee off a boat. Putting himself in the shot feels self-promotional, and erases any journalistic credibility from the off. But as we go along, he proves to be a playful provocateur, chatting with people, trading passports, barbecuing chicken skewers at a camp, getting his hair cut. Some of that could be construed as ego, but I was charmed.