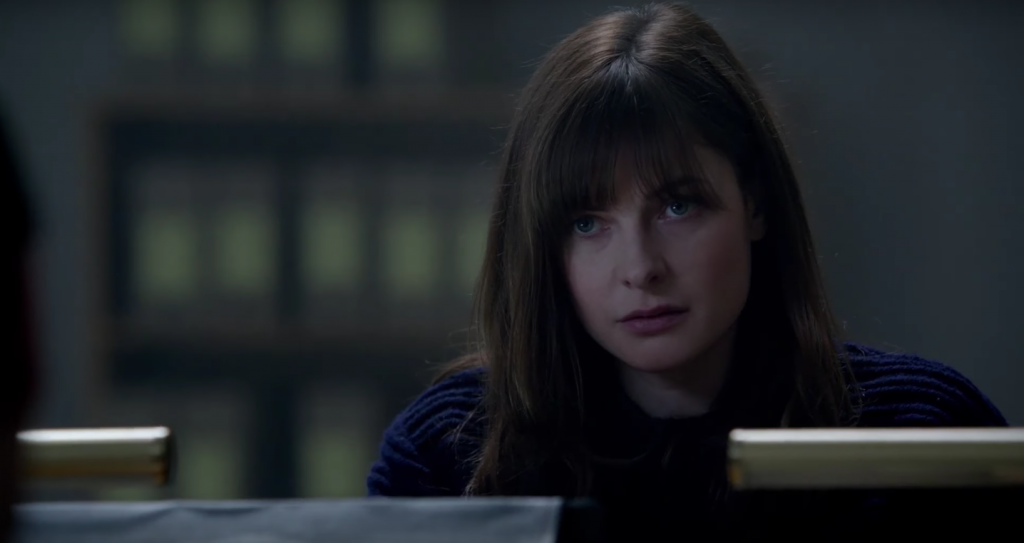 Directed by Thomas Alfredson | Written by Peter Straughan, Hossein Amini, and Søren Sveistrup, based on a novel by Jo Nesbø | 119 min 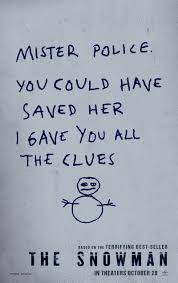 Are windows between bedrooms a thing in Norway? How about play rooms on commuter trains? And powerful industrialists who have subordinates find them sex slaves and present them in the back rooms of public events? This is a film that prompts a lot of questions. 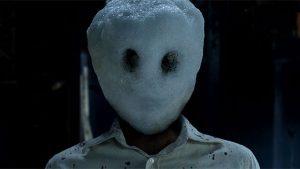 It’s also a gorgeously-shot, reasonably well-acted Scandi Noir thriller with icy atmosphere to burn. But, it has a strangely confusing plot with major logic and character problems. Many of those questions don’t have satisfying answers. It’s a real mess, which is a little hard to believe given the talent involved. Alfredson’s last film was the deeply complex espionage drama Tinker Tailor Soldier Spy,  so he should be well-attuned to material this dense. Martin Scorsese produced, and his three-time Academy Award-winning editor, Thelma Schoonmaker, cut it. Why it’s so weirdly deranged is a mystery, but it’s strangely fascinating watching it come apart in slow motion as the snow swirls around its leads. I would never call it good, but I wouldn’t say it lacks a perverse entertainment value, either. 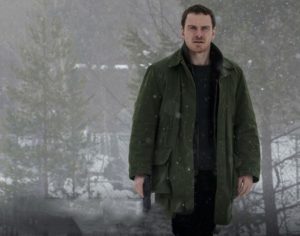 The story, roughly, is this: Harry Hole (Michael Fassbender), is an alcoholic Norwegian police investigator. Yes, this is a film where English-speaking actors from all over the world show up and play characters who all put on different accents, a little like David Fincher’s The Girl With The Dragon Tattoo or A Most Wanted Man.

Harry gets some help from another investigator, Katrine (Rebecca Ferguson), to find a killer who decapitates his victims. Meanwhile, Harry’s also estranged from his girlfriend, Rakel (Charlotte Gainsbourg) whose son, Oleg (Michael Yates), he’s still close with. Complicating matters is that Rakel is now with a doctor, Mathias (Jonas Karlsson), and somehow this case is connected with another alcoholic cop back in Bergen nine years before, Rafto (Val Kilmer), and that nasty industrialist (JK Simmons). Blink-and- you’ll-miss-them appearances include Chloë Sevigny (twice), Toby Jones, Adrian Dunbar, and James D’Arcy, all of whom look a little lost when they do show up. 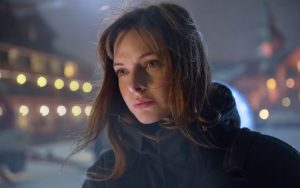 But lost is what we all are in this movie. People appear, seem casually important, and then vanish. Peculiar musical cues are chosen, linking events, but for no reason that makes sense. I can handle a little obtuse storytelling and a few red herrings, but here everything feels off. Late in the running, a character has a bad run-in with the killer, and though mutilated I was sure their life was spared. But apparently not.

This lack of clarity does the movie no favours, nor does the terrible dubbing on Val Kilmer. Mr Kilmer really doesn’t look well. I spent his scenes more concerned for his health than paying attention to his character. Even the creepy snowmen themselves, they don’t really amount to much. Lots of those lingering questions remain as the credits roll. 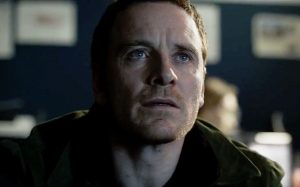 But as I said, the production design is lovely, and there’s a strange, hypnotic quality to the proceedings. I suspect in years hence this picture will be a cautionary tale for film students. “See how it can all still go wrong when everything else is right.”  It might even become a cult midnight movie. If you’re a certain kind of masochist (like me), The Snowman is an entirely watchable disaster.