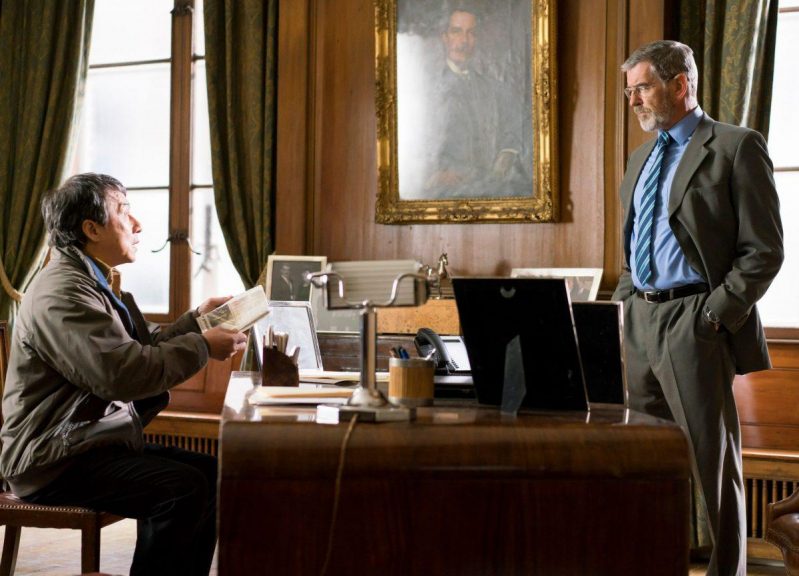 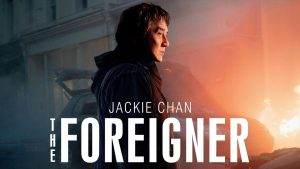 This London- and Belfast-set thriller is right in Martin Campbell’s directorial gunsights. He came from suspense-based British TV like Edge of Darkness, eventually launching not one, but two new James Bonds, Pierce Brosnan in Goldeneye and Daniel Craig in Casino Royale. His keen eye and experience is what lifts The Foreigner over your average international thriller. But what really distinguishes the film is that it’s actually two pictures in one… though one of these movies is better than the other. 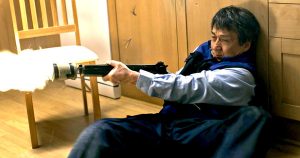 The first movie, the one that works well, is a chilly, taut political thriller. Quan Ngoc Minh (Jackie Chan) is a Londoner, a restaurateur, whose daughter dies in a terrorist bombing. Consumed with grief, he’s determined to find out who is responsible, and his past as a special forces warrior means he has a specific set of skills. Turns out the bombers are a rogue faction of the IRA, and a politico in Northern Ireland, Liam Hennessey (Pierce Brosnan, laying on the Belfast accent pretty thick), has been working to support the peace. He knows all the players on both sides and has a violent past, himself.  While trying to please powerful people in London (including copper Ray Fearon and Ministry of Defence chief Lia Williams), he’s also putting pressure on old pals (Dermot Crowley, in particular) to reveal who’s responsible for the bombing, managing a marriage in trouble (to Orla Brady), a mistress (Charlie Murphy), and his Iraq-veteran nephew (Rory Fleck Byrne). 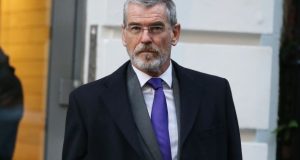 Through the first act and a good chunk of the second, the film justifies our sympathy for Quan Ngoc Minh’s righteous avenger—and big props to Chan for delivering the required emotional commitment—and we also get to spend a lot of time with Hennessey, nicely played by Brosnan. He’s stuck between allies and duty and fighting for his political life in a world of shifting allegiance. He may be a two-timer, but then so is his wife. The plot machinations here are compelling and robust enough that Chan vanishes for large chunks of the narrative, and that’s totally fine: the Irish cast deliver all the vein-bulging drama and deceit required for a gripping watch. 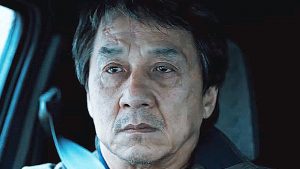 But the other movie going on here is a Jackie Chan actioner. Even in his 60s, Chan is graceful, able to do many, if not all of, his own stunts—plausibly dispatching men half his age and jumping from second storey rooftops. That’s commendable and still lots of fun, but given the gritty intrigue in that other, parallel movie, his ability to repeatedly take down a battalion of well-armed security personnel feels at best unlikely, at worst ridiculous.  But big props to Campbell, who manages to bring home both movies with a satisfying punch. 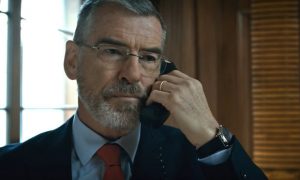