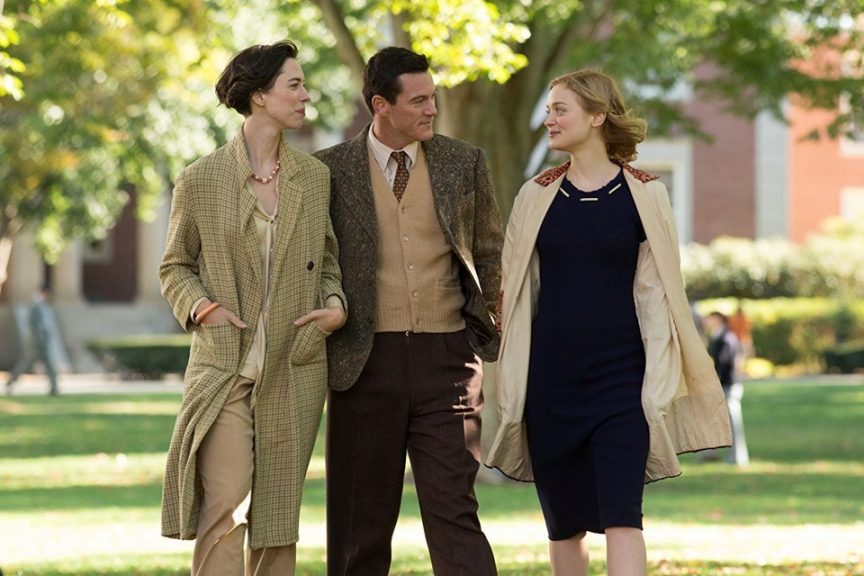 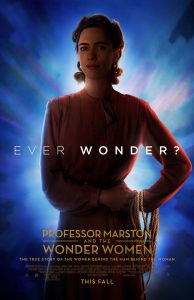 William Moulton Marston (Luke Evans) was the creator of Wonder Woman, though this film about his life largely features the origin of his controversial Amazonian superhero as a third-act coda. The real story here is his polyamorous relationship with his wife, Elizabeth (Rebecca Hall), and a student, Olive (Bella Heathcote). 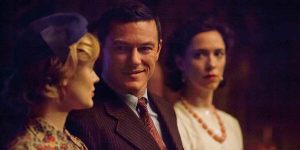 Bill and Elizabeth meet Olive in the 1920s campus of Harvard University, where Elizabeth is frustrated by the fact she can’t earn a doctorate from the storied institution—they segregate the female students to Radcliffe. Bill has the professional heft to float some fairly unusual ideas in his psychology class—witness his D.I.S.C. theory of human mating rituals. The acronym stands for Dominance, Inducement, Submission and Compliance. That should give you a sense of where this is going. Olive is a precocious new student in Bill’s class. The couple use their prototype lie-detector—they face the truth while bound—to admit their growing feelings for Olive, and it’s not long before Olive is strapped in, too. 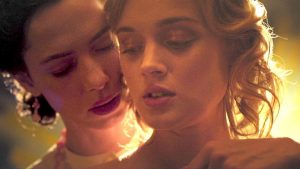 This leads to a genuine and long-lasting relationship between the three of them, and eventual scandal. The narrative flow is intermittently interrupted by a flash-forward to the 1940s, Marston grilled on the sexual subtext in his popular Wonder Woman comic by a decency crusader (Connie Britton).

Robinson wants to make this material—unorthodox relationships, role-playing, and bondage—as inoffensive as is possible, the full, gauzy prestige-biopic treatment. Aside from a scene sharply cut to Nina Simone, the heat here is dialled down to a simmer. We get some gentle paddling and delicate rope play— nowhere near the delicious, awkward flagrancy of, say, Masters of Sex or Kinsey. To compound matters, the few times we step away from our progressive trio the supporting cast is shallow and barely fledged—with the possible exception of Oliver Platt as Marston’s publisher, MC Gaines. Other hoary biopic conventions are cleaved to, while character details—Olive’s decades-long affection for giant silver bracelets, for instance—are never explored. 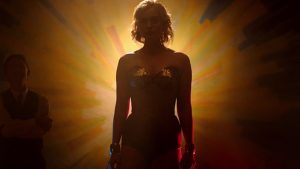 This said, the central performances elevate the film far beyond the script’s shortcomings: Evans, Hall, and Heathcote have chemistry to spare and bring an endearing sweetness, which helps push the story’s ideas to the fore, beyond the safer directorial choices and the syrupy strings on the soundtrack. It must have taken some courage, especially for the women, to explore this kind of connection. The feminist perspective is strong, clear, and refreshing. 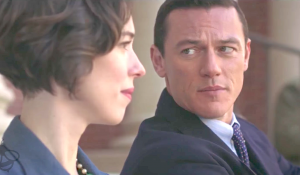 Rebecca Hall is a revelation. She’s doing some of the strongest acting in movies right now, but not a lot of people are seeing it—considering the blink-and-you-miss-it releases Tumbledown, The Gift, and Christine. If there’s any justice she’ll get some recognition for her work here as the heart of this flawed, but quite moving, film.