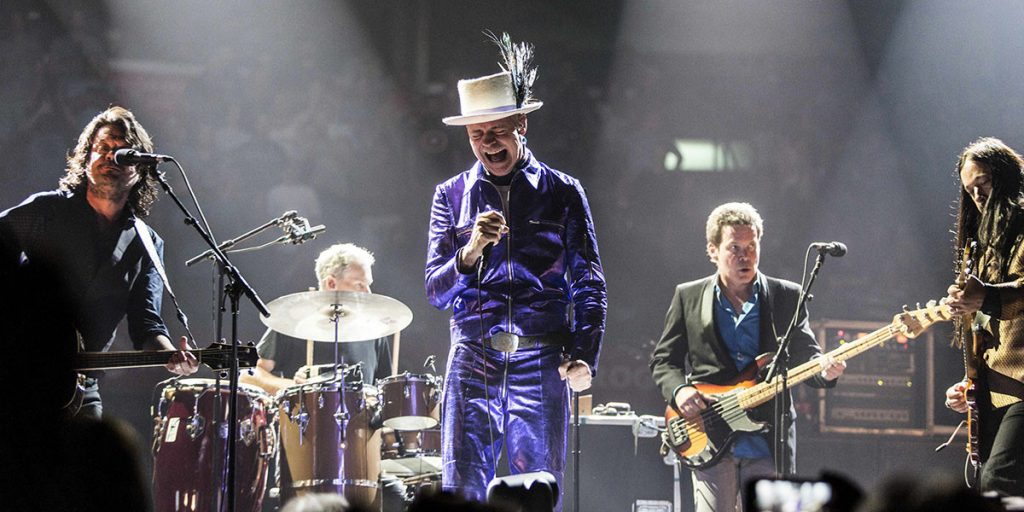 The gala red carpet premiere of the Atlantic International Film Festival took place at the Rebecca Cohn on Thursday evening, a lovely venue, especially for the music-filled launch film chosen: Long Time Running, Jennifer Baichwal and Nicholas de Pencier’s documentary of the Tragically Hip’s 2016 tour. I still had a twinge of regret we weren’t at The Oxford, which closed (probably for good) on Wednesday, but then I’ve been feeling a lot of sadness about the loss of that venue since the announcement of its sale.

The AIFF smartly had Allan Hawco and soprano Maesha Brueggergosman emcee the event, and cut down the number of politicians/sponsors using the dias to congratulate themselves, unlike previous years. And Brueggergosman performing a barnstorming amalgamation of The Hip’s “Long Time Running” and “Man Machine Poem” was inspired. Also, big props for the choice of the Via Station for the launch party. Good times.

Baichwal and de Pencier introduced their film, saying that at its inception they needed to get the go-ahead from Hip frontman Gord Downie. He told them, and I’m paraphrasing, to show something we’ve never seen before. 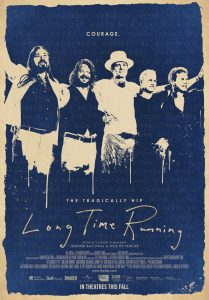 I think in the unique and tragic circumstances of this band’s conclusion—Downie, a wildly inspired performer and poetic lyricist, having helped make The Tragically Hip a beloved Canadian rock band for 30+ years, contracts terminal brain cancer in his early 50s—makes this something we haven’t seen before. I don’t necessarily think the documentary does that. It sticks to the template of a number of rock docs testifying to a band’s backstage efforts on a final tour, whatever the situation, and spending a fair amount of time on stage and on the faces of the adoring audiences, everyone knowing full well this is likely the last rodeo. 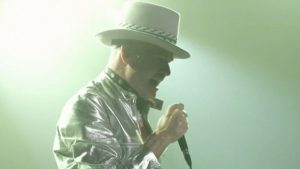 I’m not throwing shade: This is a moving and very well-made film on all fronts, produced by Banger Films’ Scot McFadyen and Sam Dunn, who really know their way around music docs (Metal: A Headbanger’s Journey, Rush: Beyond The Lighted Stage). I loved the little details; the inclusion of the people who made Downie’s shiny duds and hats, the medical personnel who were present at every show just in case, and the concerns of the band that this tour might not work. 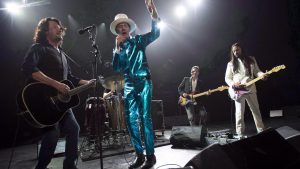 I’m a longtime fan of The Tragically Hip, having gotten on board early on when a friend hooked me with Up To Here and the band played my undergrad frosh week at York University. My interest in the band has fluctuated—I loved Phantom Power and In Violet Light while Music @ Work and In Between Evolution left me cold—but I’ve always admired their effort to push their sound forward, and their live shows were something to see. Long Time Running captures all of that, the band’s creditable restlessness and its standards of hard work, as well as Downie’s courage in the face of his own mortality.

There’s another documentary about The Tragically Hip to be made, one about their three decade career leading up to the summer of 2016. I hope we get that one some time. 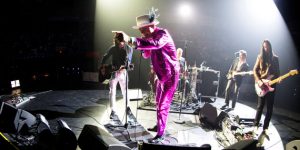 One final thing I think worth mentioning: In the hype around the the ‘Hip’s 2016 tour and the CBC televised concert on August 20 from Kingston included a lot of propaganda about the band being Canada’s band, the one thing we all have in common, bringing us together under a single banner. I resented that sentiment. This lazy, reductive patriotism around a musical act isn’t what this country is about, and I bet if you asked Johnny Fay, Gord Sinclair, Rob Baker, Paul Langlois, or Gord Downie about it, they’d say the same thing. I was as emotional watching Long Time Running as any of those audience members singing along to all their songs, but there were sure a lot of white folks like me in that crowd. If we’re going to do what Downie wants us to do—acknowledge our diversity and repair the mistakes of the past with Canada’s First Nations—we need to leave that kind of sloganeering behind. It’s the opposite of inclusive.