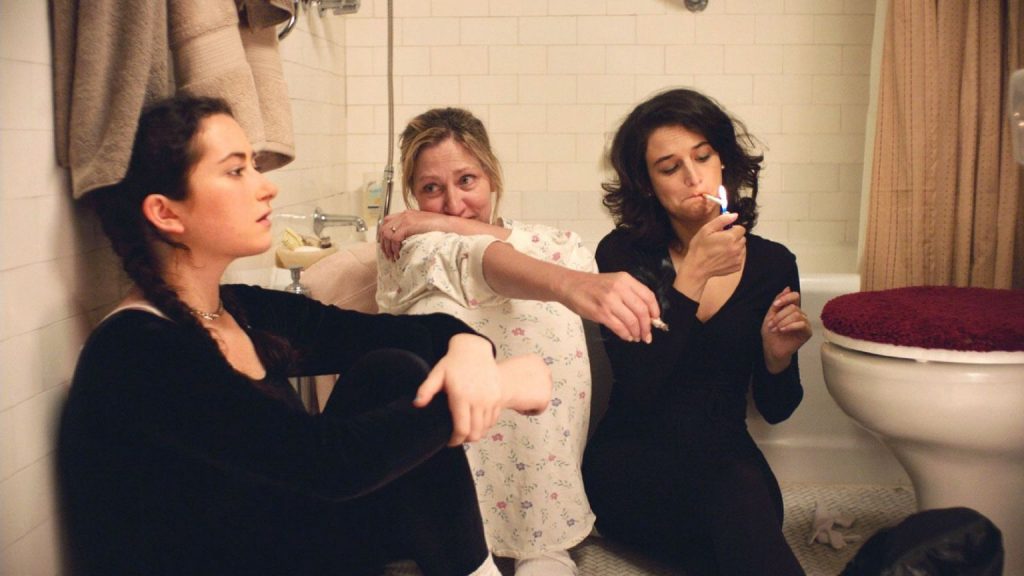 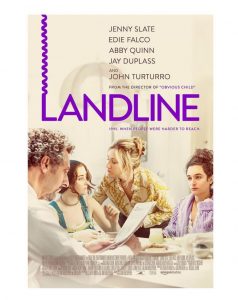 An unexpected and charming dramedy about a family dealing with intergenerational angst, sex and infidelity. It’s set in an interesting liminal age, the mid-’90s, that pre-millennial period before cell phones, just as home computers were beginning to change our lives. It’s at the intersection of weirdly nostalgic and comfortingly familiar. 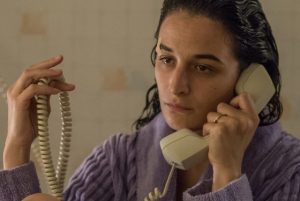 Director and co-writer Robespierre reteams with her Obvious Child star Jenny Slate. She’s Dana, eldest daughter of frumpy New Yorkers Pat and Alan (Edie Falco and John Turturro),  and is engaged to safe, boring Ben (Jay Duplass), but interested in square-jawed college flame, Nate (Finn Wittrock, he of the unlikely handle). Teenaged sibling Ali (Abby Quin) is experimenting with a boyfriend (Marquis Rodriguez), hard drugs, and angst, and is pretty much sick of her whole family.  When things start to go weird for Dana, she moves home, and that’s when she and Ali start to suspect their father, on fairly flimsy evidence, of having an affair.

These are domestic hurdles we’ve seen explored too often from Parenthood (both the film and TV versions) to any number of soaps and sit-coms, but somehow Robespierre manages to spin a fresh garment from this threadbare cloth. The gags are sharp and frequent, the tone refreshingly frank—I can’t recall the last movie I saw with so many sex scenes, both the hot and the awkward variety—and the performances terrific, especially Slate and Quin. Perfectly cast as sisters—they look very much alike—their resurgent relationship in the midst of the chaos of their lives is the heart of the thing. It makes you care about them and everyone else in their orbit. 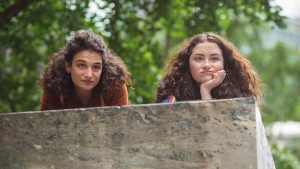