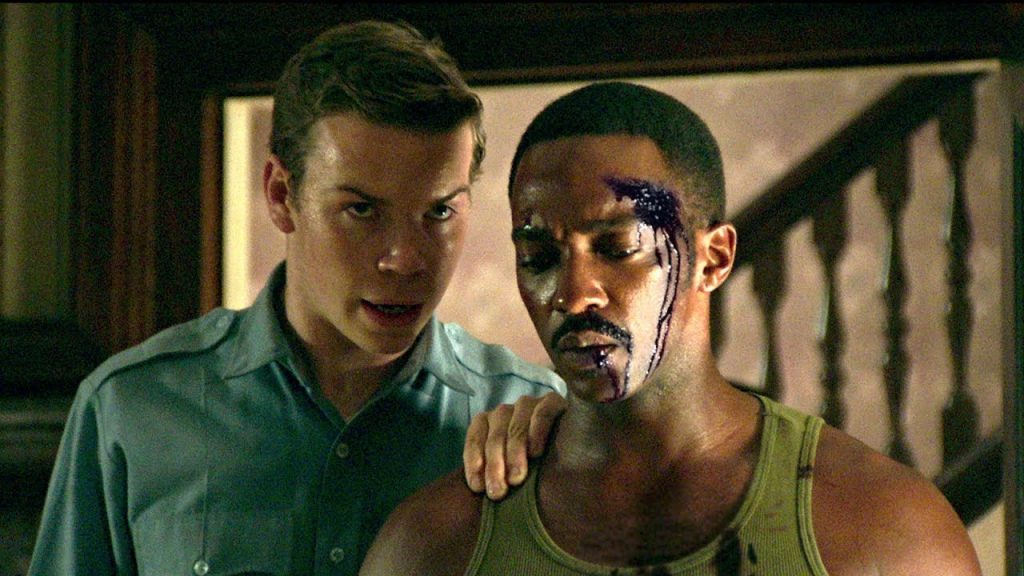 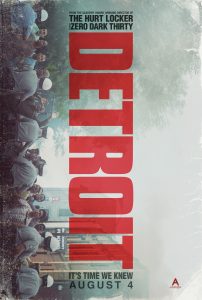 Four-and-a-half years since the astonishing Zero Dark Thirty, Bigelow and her writing partner Boal return with powerful docudrama about the events that took place before, during, and after what happened at the Algiers Motel in Detroit.

It was 50 years ago, the summer of 1967, when riots shut down the Michigan city—then the fifth largest metropolis in the US, now 23rd with its population still falling.  The film opens with an animated segment, a run through 20th Century American racial history, followed by a full 20 minutes of scene-setting—unrest in the streets cut with stock footage. It’s a risky but ultimately compelling gambit, not allowing us to get to know the characters until we’ve understood the backstory. 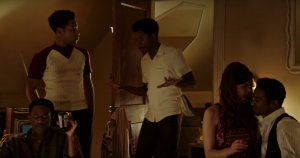 The central set-piece of the film is almost an hour spent at the Algiers Motel, the intensity of the violence and abuse tipping the film into an intensity we rarely see in American cinema outside of horror—it puts us firmly in the place of those victims of police overreach. It reminded me of the fictional moments of wartime stress in The Deer Hunter, here made even more shocking due to both its relevance and the docudrama veritas.

The key characters are the men (and a couple of women) staying at the motel, amongst them characters played by Algee Smith, Jacob Latimore, Hannah Murray, Kaitlyn Dever, and Anthony Mackie, and the racist, aggressive cops on the other side of the equation, played by Will Poulter, Jack Reynor, and Ben O’Toole. In the middle of this is John Boyega’s security officer, doing his best with what authority his uniform gives him to help defuse the situation. 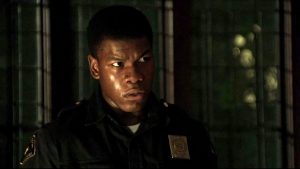 This may seem a lazy comparison given their superficial resemblance, but I couldn’t help but think of a young Denzel Washington circa Glory or Malcolm X while watching Boyega’s performance. It’s not something I thought when seeing him in Star Wars: The Force Awakens or Attack The Block, but here he brings a depth and seriousness that made me wish the film was more about his story than some of the others in the ensemble who get more attention. 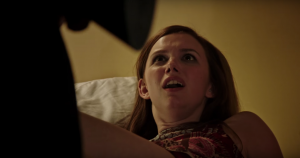 And that’s where I think the film’s narrative flaws lie—the choice to focus more on Algee Smith’s Larry, how because of the violence he distances himself from the possibility of a career in music. I can understand why Bigelow and Boal would choose him—especially given where this story is set—but the character goes straight from cocky to embittered without much else to show, all while Boyega delivers the film’s deepest work, communicating so much without a lot of dialogue. Anothony Mackie also brings an earned maturity to his role, and I would have appreciated more about him before and after the motel. There’s a little confusion in the film’s plot through the final act, and an element or two I found a little unconvincing—for instance, the officers who find Larry appalled at his condition, and the white-knight captain who throws the book at the guilty cops. 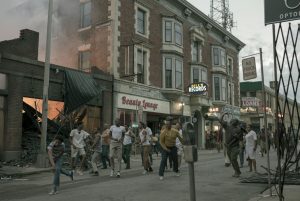 This is a picture that slides perilously close to exploitation in its intensity and depiction of violence, and I’ve read those criticisms, suggesting it steamrolls over nuance. There’s also a conversation to be had about whether the white filmmakers have made a picture with a didactic agenda, aimed squarely at a white audience.

Even with those considerations, I found Detroit effective and harrowing, bringing a moment in history to life, however curated or fictionalized it might be. It starts wide, pushing in to a white-hot crucible, and then pulls back out again, with an overarching resonance as clear as crystal.  Bigelow may convincingly recreate the summer of 1967, but what she’s really talking about are the past 49 American summers right up to today, a depressingly continuous cycle of fear, violence, and injustice.