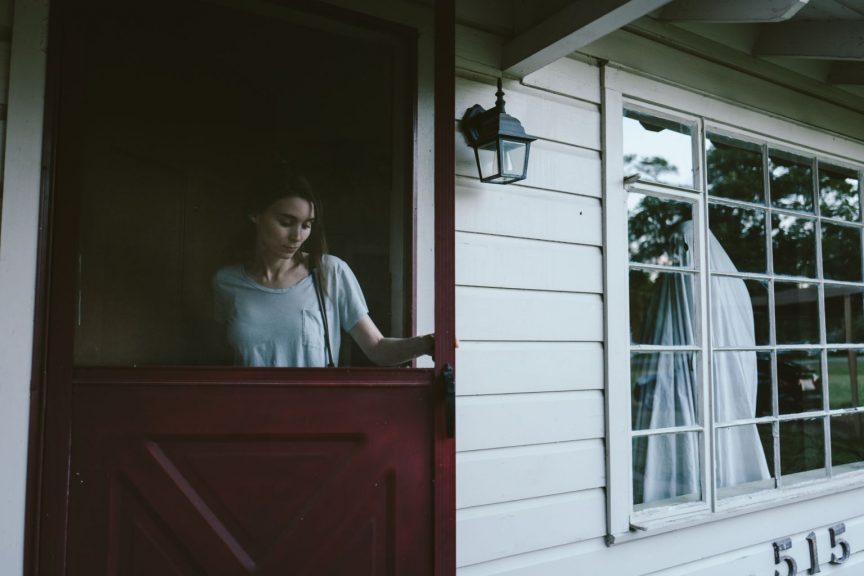 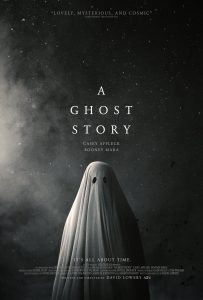 A Ghost Story is a feature with three or four ideas, one of which is good. It stretches what would have made a clever, perhaps even poignant short film to more than an hour and a half, forcing its audience to experience the eternal ennui of the lead character, a restless spirit. There’s a sweet sadness here that’s undeniable, and I can admire the effort to communicate the loneliness of a supernatural presence rather than steer into horror, but it’s also frequently a chore to sit through. 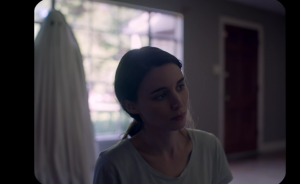 A nameless, slightly dissatisfied couple (Casey Affleck and Rooney Mara) live in the kind of suburban Texas neighbourhood Terence Malick has featured in some of his recent films, the one where it’s eternally golden hour. Nameless Casey dies unexpectedly leaving Nameless Rooney bereft and hollow-cheeked, made up like one of Edward Gorey’s sallow, doomed children. In one, long single-shot scene she appears to attempt suicide by gobbling an entire pie. He returns to their home under a sheet with holes for eyes, invisible, and is forced to watch her as she suffers (and occasionally overeats) without him. Eventually she gets on with her life, but he must remain as time itself begins to fragment. 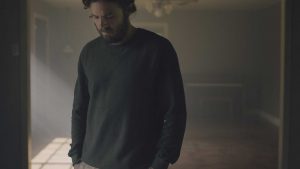 These people are plot devices masquerading as characters. When the ghost manifests he’s entirely blank but for the rare moment of rage. When we’re introduced to someone later in the running who has something to say, played by musician Will Oldham, it’s a huge relief. Unfortunately, he takes his moment to pretentiously pontificate on the pointlessness of the universe. This isn’t a movie without a sense of humour, but it’s also so painfully self-conscious, it’s deadly.

It’s also a lot less fetching than Malick might have been with similar material because director Lowery presents A Ghost Story in a 1:33:1 ratio with rounded corners, shot with a care to gloom. Presumably, he did that to make us empathize with the limited vision of the dearly departed under a sheet. Being dead must be so annoying. 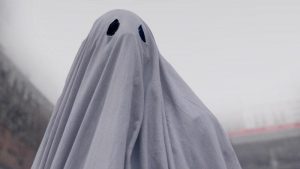