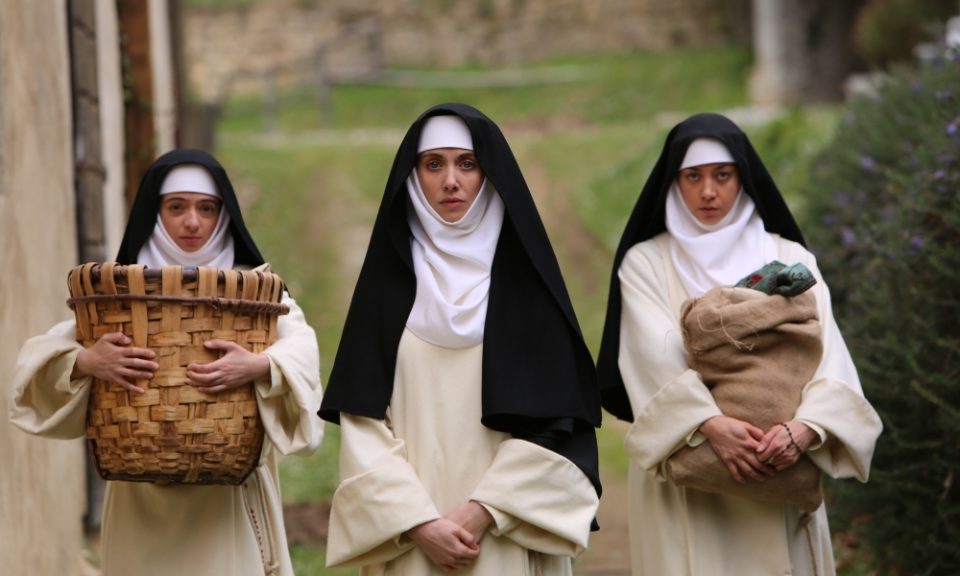 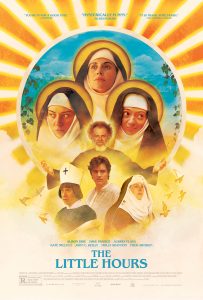 It’s 14th Century Italy, and the nuns are restless. Massetto (Dave Franco) is about to find out how restless. He’s a handsome servant in the house of Lord Bruno (Nick Offerman), sleeping with Bruno’s unsatisfied wife, Francesca (Lauren Weedman). When Bruno twigs on the infidelity, Massetto has to run for his life. He’s kind to the inebriated Father Tommasso (John C. Reilly), who repays him by hiding Massetto at the convent, but Massetto must pretend to be a deaf mute. There he attracts the attention of the ferocious, barely repressed nuns, Ginerva (Kate Mucicci), Fernanda (Aubrey Plaza), and Alessandra (Alison Brie), all under the watchful eye of Sister Marea (Molly Shannon). 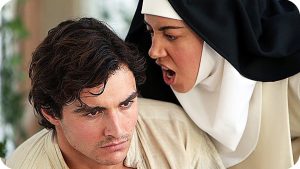 If the casting didn’t tip you off, this is what Blockbuster Video used to call an “outrageous” comedy—loosely based on stories out of Boccaccio’s  The Decameron—with a ribald flavour I haven’t seen in years. It channels the spirit of Bob Hope and Mel Brooks, laced with refreshingly foul-mouthed gags.

The lovely location photography—actually shot in the Tuscan hills—and medieval costumes provide just enough period realism to root the deadpan, delightfully rude laughs. Plaza, who also produces, gets some of the biggest: her Fernanda is a borderline psychopath protecting a secret, and Jemima Kirke is typically sly support, playing an ever-so-slight variant on her character Jessa from Girls. Fred Armisen also makes a welcome appearance.

What’s most surprising is that this light, occasionally clumsy, and frequently hilarious sex comedy with more in common with a sorority house movie winds up, in the final reel, being strangely moving. I’m not entirely sure how Baena and his cast managed that. I might have to watch it a few more times to better understand this peculiar witchcraft. 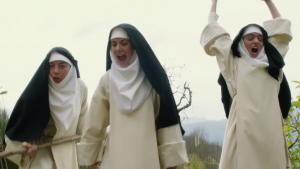