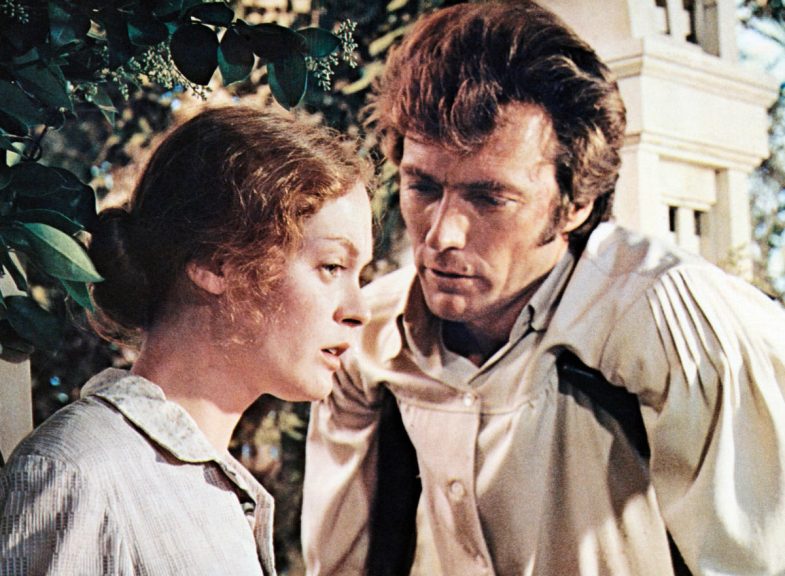 2017: Written and directed by Sofia Coppola, from the book by Thomas Cullinan and the 1971 screenplay by Albert Maltz and Irene Kamp | 93 min 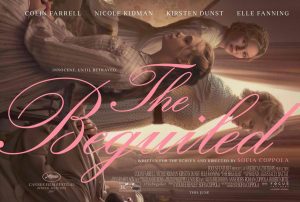 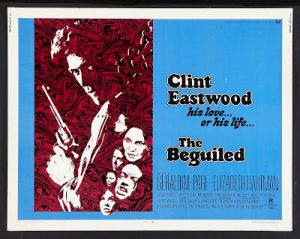 I’ve not read the novel, but the two features adapted from this Civil War gothic drama about a wounded Union soldier taken in by a group of girls and women in a rural school are more similar than not. The original is slathered in a psychosexual drama that’s a hallmark of that era of American movies—from the haunting score, the frequent use of voice-over and multiple flashbacks—but the new film benefits from a more ambiguous character from Colin Farrell, whose Cpl John McBurney is far less a demonic presence than Eastwood’s portrayal. 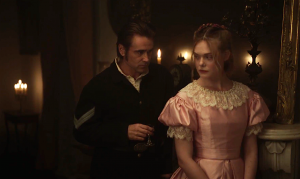 The earlier film is a surprising one from Eastwood, who in ’71 was already a star of Leone’s “Spaghetti Westerns” and the same year would introduce to the world his stone cold cop, Dirty Harry. In other words, a leading man not prone to playing a bad guy.

Here he’s a wounded Yank who isn’t above stealing a kiss from his 12-year-old rescuer, ostensibly to keep her quiet when the enemy is passing, but come on. From that moment you know he’s an inveterate sleaze, and Siegel’s film never lets you forget it, just as the director sets up the female cast—led by Geraldine Page, Elizabeth Hartman, Jo Ann Harris, Mae Mercer, and Pamelyn Ferdin—as entirely overwhelmed by the arrival of a man, all deeply susceptible to his seduction. The Martha character, well played by Page, has a hidden past with a misbehaving brother, a detail written out in the new version, while Hallie, the school’s slave, is also dispensed with in Coppola’s film. These details are missed, and Siegel’s picture is never less than sordidly entertaining. 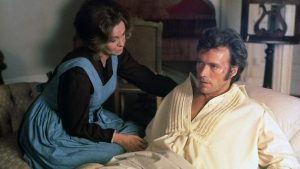 I wouldn’t call Coppola’s take inferior, but it is much more subtle and tasteful, which isn’t always a good thing. There’s no doubt the film’s dusty, decaying mansion location is gorgeously lit (by DP Philippe Le Sourd) while the filmmaker is more interested in the play of relationships than the cost of war or any particulars of history. She also includes a few lovely details—the beading of water on skin and the sharpening of axes, physical notes that say more than any voice-over could.

The big advantage of the 2017 film is how Farrell plays McBurney—his wounded soldier may genuinely have no ulterior motive or manipulative intent, and that possibility It gives the film the air of literary mystery rather than lurid suspense, at least until the final 10 minutes when the two films dovetail.

Nicole Kidman, Kirsten Dunst, and Elle Fanning each deliver a distinct portrait of a somewhat sheltered woman at a different point in their lives, and each react to McBurney in their own way. This has been Coppola’s particular thematic thread from film to film—self-aware stories of privileged women. However narrow that vision may seem, she’s always true to what she knows and I’ve never found any of her pictures offensive or pointless. At her best—that would still be Lost In Translation—she finds a rare poeticism in her storytelling.

If you’re familiar with Don Siegel’s The Beguiled, there won’t be much here to surprise beyond satisfying an academic curiosity of how different generations of filmmakers approach the same material. If this drama is new to you, Coppola’s take, while more staid than the original, is still very much worthwhile in both its performances and production value. 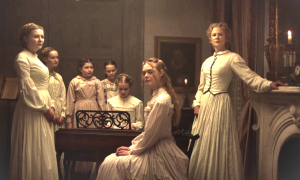