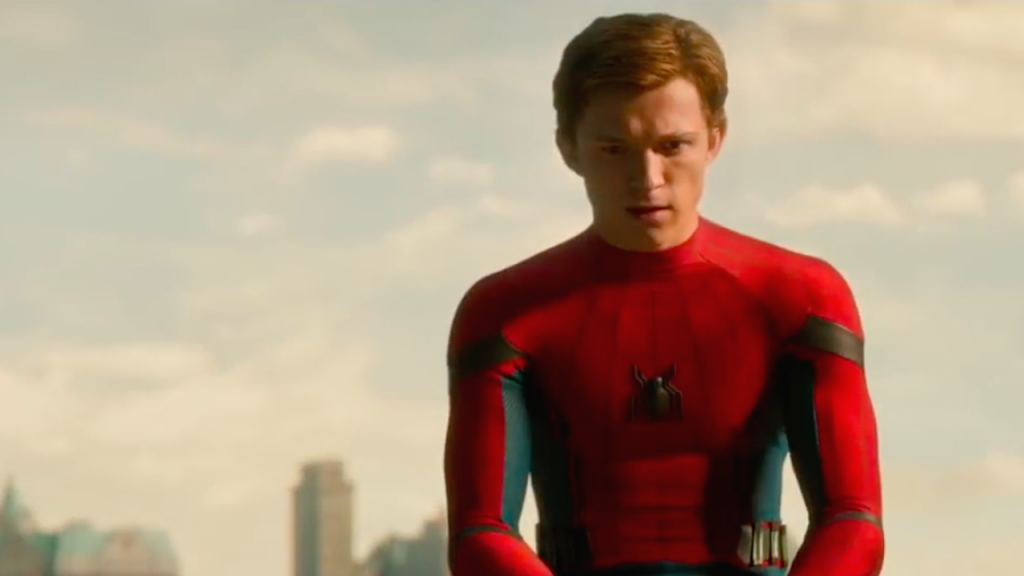 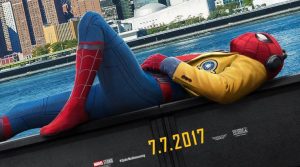 Yes, another reboot of the Spider-Man franchise—Andrew Garfield, we barely knew ye—this time with six writers, not including the original comic creators Stan Lee and Steve Ditko. None of that bodes well.

But we got a taste of the new Peter Parker—British teen Tom Holland, doing a flawless Queens accent—in Captain America: Civil War, and he works well in the part. This is his real coming-out party.

Peter’s been cleverly de-aged to be a 15-year-old science nerd who, thanks to billionaire benefactor, Tony Stark (Robert Downey Jr, still the MVP of the Marvel Universe), and his buddy, Happy (Jon Favreau), is starting his career as a superhero with a tech-loaded super-suit. Peter stumbles upon a group of former city workers-turned-arms dealers led by a disgruntled dude with a flying suit named Toomes (Michael Keaton, once again playing a bird man), selling weaponry incorporating the alien tech collected around New York after the events of The Avengers. All this while Peter is still trying to participate at school and various extracurricular activities with his friends, including Jacob Batalon as Ned, Laura Harrier as Liz, and Zendaya as Michelle. 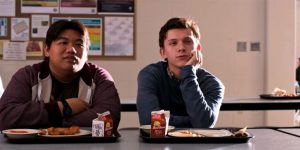 Are you still with me? I haven’t even mentioned the way they’ve cleverly and retroactively incorporated the wall-crawler in the Marvel Studios/Avengers universe, the appearance of Donald Glover as a reluctant criminal, or the effervescent Aunt May (Marisa Tomei, who could get more to do than this). This is a superhero blockbuster overstuffed with character and event, and while that isn’t necessarily a bad thing—SM:H is never less than fleet with all it has going on—it does mean some characters and subplots get a short shrift. And, naturally, there’s a senseless CGI fest late in the running that’s irritatingly strobed and all but incomprehensible.

But Spider-Man: Homecoming is essentially a playful popcorn movie, easily the breeziest and most entertaining Spider-Man movie we’ve had since the Sam Raimi years with the franchise. It pointedly refuses to be an origin story—Uncle Ben is never even mentioned—which is great since we all know that part of it by now. In many ways it reminded me more of how Marvel manifests on TV, especially the first season of Agents of SHIELD: Though the webhead is one of the most popular, most high-profile characters from the Marvel comics, the tone here is light and fun, less concerned with matters cosmic and more with whether Peter will decide to make an appearance as Spider-Man at a high school party in order to impress a girl.

In this, the film is deeply and overtly indebted to the work of John Hughes as it is to anything to do with superheroes—there’s even a moment when Spidey’s running through suburban backyards and Watts cuts to a scene from the third act of Ferris Bueller’s Day Off.  Aside from Holland, who effortlessly carries the film on his narrow shoulders, it’s Peter’s classmates who get the most screen time, especially the charming Batalon as Ned, Peter’s “Guy In The Chair” (it’ll make sense when you see it). The film is as much about battling The Vulture as it is about the complicated life of a teenager in the city. 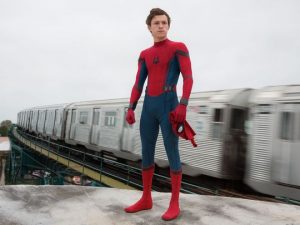 One thing that’s always been a part of the Spider-Man mythos is his spider-sense, how he manages to anticipate danger. That’s entirely absent here, which is a shame—while he’s prone to rely on the technical advantages of the Stark-designed suit, those senses could’ve proven very useful, as when someone accidentally discovers what Peter’s been up to during his Stark internship.

But that’s just a nit to pick. This is the first Spider-Man movie I’ll likely see a second time in a decade of releases, and it gets right what’s always worked with the character: A sense of honour and duty, a sense of humour, and an undeniably youthful enthusiasm… with added Ramones on the soundtrack. It speaks well for the future of the character who will be the youngster for awhile as other Avengers are hanging up their tights.