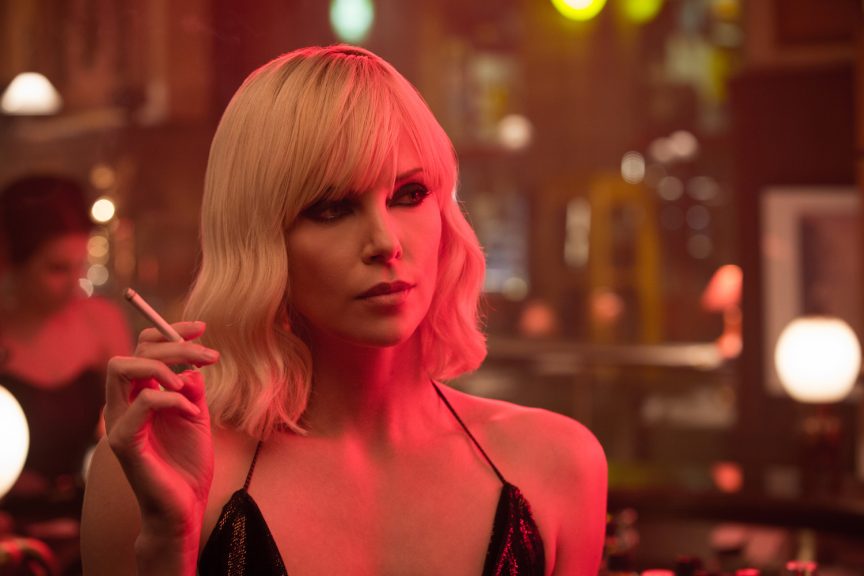 Directed by David Leitch | Written by Kurt Johnstad, based on the graphic novel The Coldest City by Antony Johnston and Sam Hart | 115 min 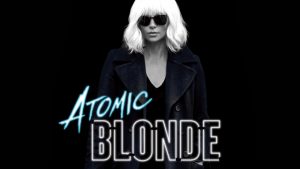 A plausible spy thriller is tough to pull off—the plot and characters have to snap together lock tight and surprise in stages. Action movies are a little simpler provided you’ve got the budget and a director with some imagination. Leitch comes from stunts and worked on John Wick, so you can trust the latter part of Atomic Blonde‘s equation is right on the money. It’s the former where it comes up short, but the very fact of this picture’s existence, a potent, R-rated, female-led actioner, is something worth getting excited about. 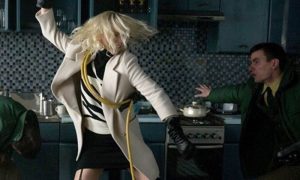 Charlize Theron is Lorraine Broughton, a British MI-6 agent assigned to Berlin in November 1989—The Wall is days from falling and the Cold War is about to end. An agent and former lover of hers has been killed, and the MacGuffin, a list of all the western agents in the field, has been compromised. Just like the NOC-list in Mission: Impossible, it’s massively implausible a list like that would ever exist, but fine—we need something that everyone wants.

Further complicating matters is a Stasi agent, Spyglass (Eddie Marsan), who’s memorized the list, a KGB agent who’s looking to sell it, another British agent, David Percival (James McAvoy), who plays all sides off each other, and a young French agent, Delphine (Sofia Boutella), in over her head. This while Toby Jones back at British Intelligence and CIA handler John Goodman pull strings. 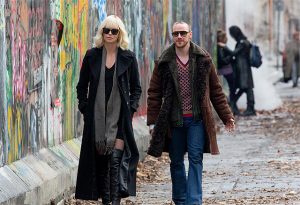 Leitch directs a movie set in 1989 with a production design that feels like its channelling the ’80s by someone who wasn’t there. It’s all neon, paint-splattered pink and black, leather, lace, and carefully manicured grime. It pops with the help of a soundtrack that smartly includes Falco, Nena, and ‘Til Tuesday, and maybe if the script had the courage of its convictions the overarching style would feel more like part of the package and less a cover for its shortcomings. 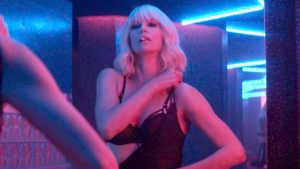 Atomic Blonde goes out of its way to tell instead of show, dancing around on its scattered plot points as much as Broughton and Percival effortlessly dance in and out of East Berlin. It manages to be both too obvious and confusingly opaque at the same time, the kiss of death for any spy movie looking to provide some kind of emotional resonance. Scenes are set up because the movie requires event, not because they make much sense. For instance, one character’s family is given a surprise reveal, only to vanish and never be heard from again. McAvoy manages to be sleazy without engendering much sympathy, and everyone records everyone else’s conversations to little effect. A dollop or two of humour would have gone a long way to help the content match the stylistic energy. 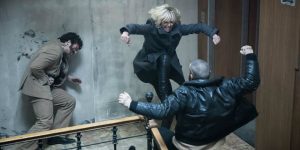 The good news is the well-choreographed, frequent action sequences help gloss over a lot of the storytelling problems. Theron’s knack with the physical stuff is at least at par with Keanu Reeves’, and we’re operating here at a Wick-esque level of R-rated blood-spurt and bone-crunch. An unbroken mid-movie shot following the fighting down a stairwell qualifies as virtuoso, both in the filmmaking and hand-to-hand combat stunt coordination.  I wish the the rest of the storytelling had that kind of daring and sophistication, but the picture still delivers enough wallop to satisfy. 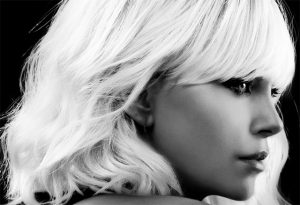