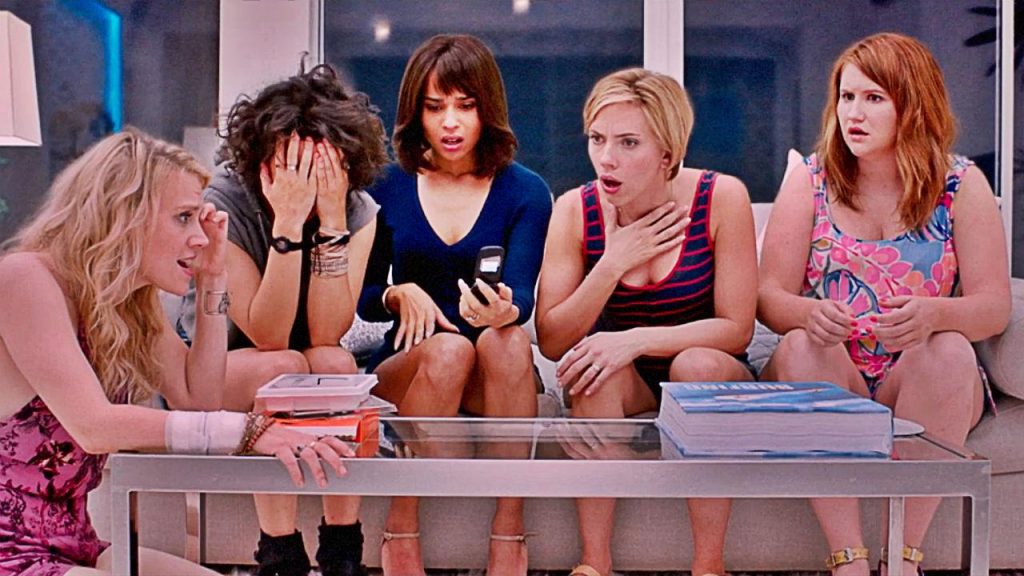 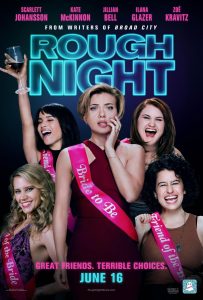 Granted, I don’t see a lot of mainstream comedies these days. I find they don’t commit—either to the comedic possibilities of their high concept, or to risking any realism crawling into their film, where some genuine comedy could be mined from fear or pain. I’m sorry to say that’s what’s going on here—despite the talent involved, Rough Night never leaps beyond a sitcom version of its premise.

A group of college buds get together in Miami a decade post-grad when one of them, Jess (Scarlett Johansson, the hardest working woman in show biz), is about to get married to a good, but incredibly boring guy (co-writer Downs). Jess is also running for public office, which naturally makes her the most uptight of her old group of friends. Her best pal Alice (Jillian Bell) is the planner and the partier; former lovers Blair (Zoë Kravitz) and Frankie (Ilana Glazer) round out the cohort. Add to the foursome an x-factor: Pippa (Kate McKinnon doing a plausible Aussie accent), another old friend of Jess’s who’s invited to the weekend, much to the chagrin of jealous Alice. 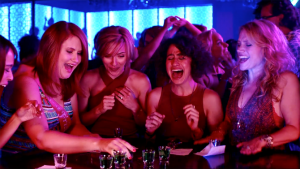 You know the formula: The ladies get high and get drunk and order a stripper who dies accidentally. What are they gonna do? Get rid of the body? Distract the sex-crazed swinger couple (Ty Burrell and Demi Moore, both awkward) next door? All of a sudden we’re muddling through a remake of Weekend At Bernie’s, which nobody needs, and stumbling through a lot of predictable silliness about friendship and gangsters, all of which could’ve been better. 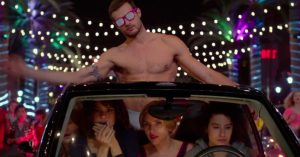 There’s some joy to be had when you assemble a cast as sharp as this, and the premise has promise. But Aniello seems to think all she needs to do is light the sets like a TV show and point the camera at her performers and everything’s going to be fine. Not the case. You can feel everyone straining to be funnier than the direction or script will let them be, and despite the high stakes—a dead stripper during a bachelorette weekend is just as scary as a disappearing groom before the wedding in The Hangover—this film has a whole lot less kick because you never believe it could ever really go wrong.