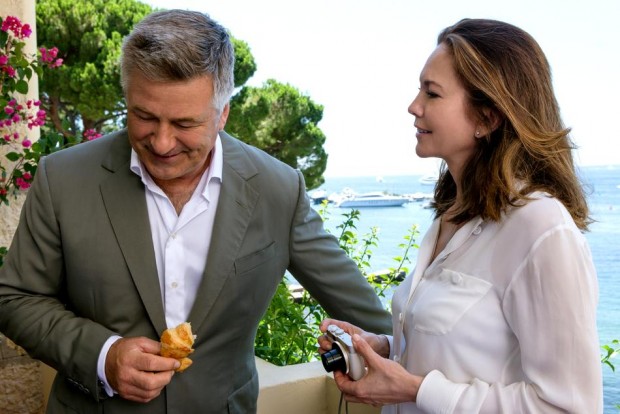 Written and directed by Eleanor Coppola | 92 min | On Demand 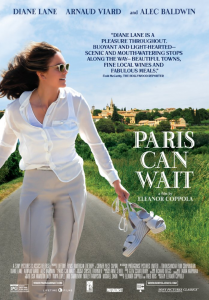 The name you might recognize: Coppola is the wife of Francis Ford and mother to Sofia and Roman, aunt to Nicolas Cage and Jason Schwartzmann. Her cinematic experience is mostly related to her work on Hearts of Darkness, the documentary about the making of her husband’s magnum opus, Apocalypse Now.  Now in her 80s, she’s delivered her first feature, starring Diane Lane, a comedy as sweet and light as a macaron.

Lane is Anne, wife of a Hollywood producer (a cameoing Alec Baldwin). He’s heading to Budapest from Cannes for a shoot. His French business partner, Jacques (Arnaud Viard, one of those roguish, aging French actors who gets more appealing the more his face crinkles) volunteers to drive Anne to Paris in his convertible Peugot. 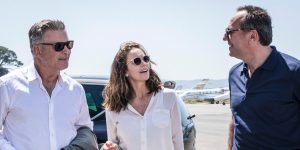 Cue a meandering travelogue, heavy on the Provence highlights—Pont du Gard and Lyon feature prominently—gorgeous landscapes and incredible food. It reminded me a little of The Trip, if Rob and Steve were more flirty and less prone to improv and impersonations.

The primary friction comes from whether Jacques is just one of those gregarious, cigarette-smoking French lotharios we’ve seen depicted in Hollywood movies or whether he’s the answer to Anne’s dreams of being with someone who pays more attention to her than her constantly distracted husband. It’s a thin string to hang a movie on, and it feels like Coppola shares Anne’s flinty reserve, resistant to the presumed French attitude to romance and sex. If not food. 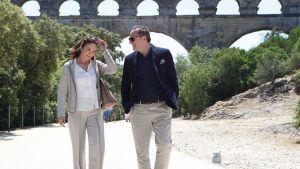 There’s a genuinely moving film somewhere here, about a middle-aged woman who grabs hold of something she thought she’d lost, or maybe never believed she’d ever have. But we have to do with what it is; a souffle rather than a magret stuffed with foie gras.

And, as far as it goes, it’s a lovely ride with beautiful things to see, including the always superb Diane Lane, who carries the whole production without showing the slightest bit of effort.