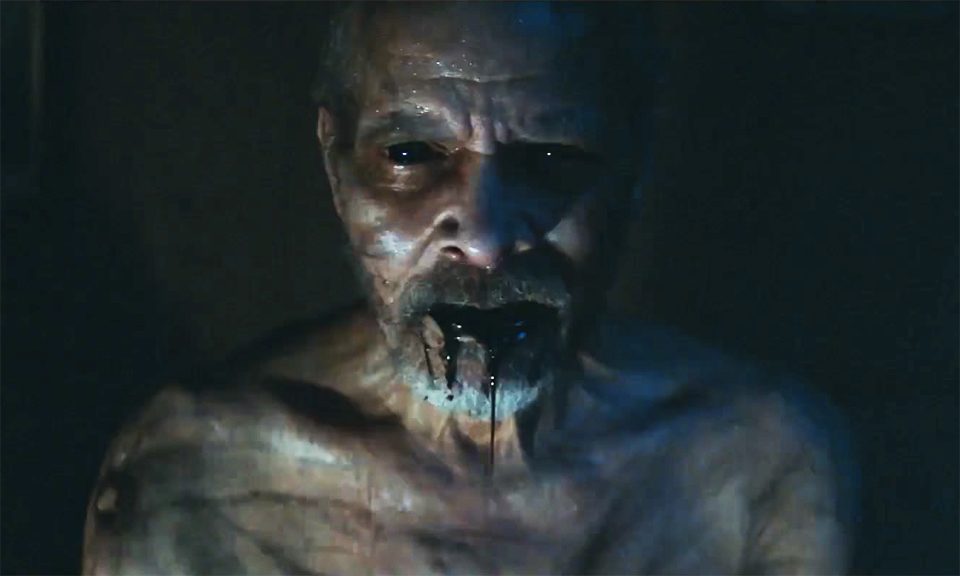 Written and Directed by Trey Edward Shults | 91 min | On Demand 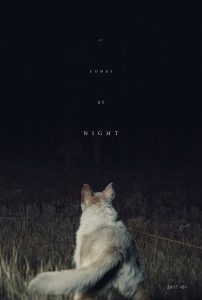 It’s rare, but every once in awhile a movie comes along that frustrates not because it’s poorly made or awkwardly realized, but because it’s thematically so bleak the film leaves you feeling pummelled. It Comes At Night is one of those films. While it may be an indictment of paranoia, it’s saying humans as a species are really quick to sacrifice our humanity and our community for our own survival. And that, my friends, is a fucking bummer. Mr Shults might be right on the money, but I’m glad there aren’t too many entertainments hoeing this particular plot or I’d be going to far fewer of them.

The heart of this picture is a 17-year-old named Travis, played with a lot of sensitivity by Kelvin Harrison Jr. He and his father, Paul (Joel Edgerton, also solid), and mother, Sarah (Carmen Ejogo), are living out in the woods, post-plague. Symptoms look something like a cross between HIV and Ebola, based on the condition of Travis’ grandfather who dies in the opening minutes. This family stays healthy by being very careful: the home is boarded up, with a single way in and out through two locked doors. When Will (Christopher Abbott, who you may recall was Marnie’s boyfriend in Girls), an uninvited visitor shows up, we find he has a family of his own (including Riley Keough and Griffin Robert Faulkner), but it remains to be seen whether they’re to be trusted. 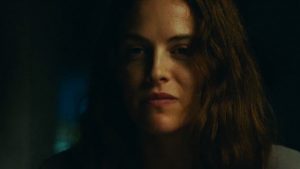 Shults does a good job establishing atmosphere with the roving camera in this dark, creepy house, and the sound design really helps manifest a big, fat slab of dread. Harrison Jr.’s face gives you all you need to know—he spends half the movie terrified by what’s out there in the dark and the other half by what his father is capable of.

Which isn’t nearly as much as I was expecting. The building blocks of a genuine paranoid thriller are all here, but they’re kind of left unassembled. Red herrings stink up the joint, and characters who have plenty of opportunity to apply their own agency fail to do so.

Another problem is the vague plague. For the first act I was half convinced this might be a zombie picture, but it isn’t: the jump-scares are almost entirely the product of Travis’ subconscious. We spend so much time in his nightmares, it’s easy to get lulled into the sense most of the film is just part of his nocturnal imaginings.

But mostly, It Comes At Night is so merciless and grim it just makes you feel like the undead. No judgment if that’s your bag. I’ll just be sitting over here by myself, trembling and staring into the darkness.