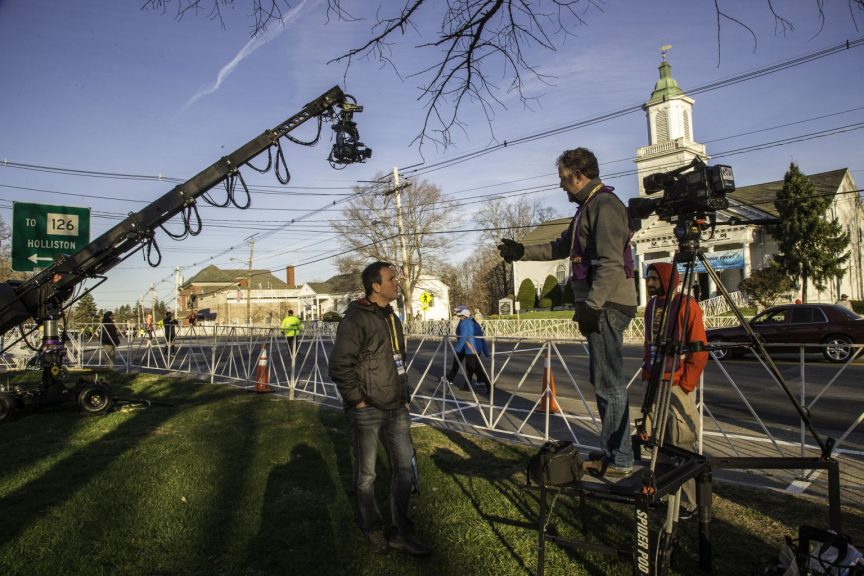 In 2014, the year following the bombing at the Boston Marathon, Jon Dunham, a marathon runner and filmmaker, went to Boston to document the efforts to put on the marathon again—looking into the concerns both about security and whether people would have the courage to return to the course.

But there’s much more than that here: narrated by hometown boy Matt Damon, Dunham tells the story of the marathon going back to its beginnings in 1897. So many amazing people are worth introducing, from the multiple-winner and spiritual godfather of the event, Johnny Kelley, to Stylianos “Stelios” Kyriakides, who became the first charity runner, representing Greece and raising funds for his country following World War II, to Amby Burfoot, an unlikely winner in 1968 who still runs in Boston, to the current day when the Boston Marathon’s become a symbol of international competition that rivals the Olympics.

The film finds room for more, including the essential story of how women fought the establishment to compete in 1966 and ’67—this whole doc could be about the redoubtable Bobbi Gibb and Katherine Switzer. There’s also time devoted to the commercialization of the marathon in the 1980s and the growth of running across the globe—in Japan, Australia, Kenya, and beyond. The impact of the bombing in 2013—and the lives that were changed—is also a big part of this.

Boston: The Documentary may take a traditional approach to sports documentary-making, with the rosy, sentimental glow of a love letter to the event and the city, but it’s hard to argue with its effectiveness or, in getting its point across, the emotional impact.

Boston: The Documentary screens on Monday, May 15, and Sunday, May 21. For more screening details go to the Cineplex website.  (Photos by Michael J. Lutch)