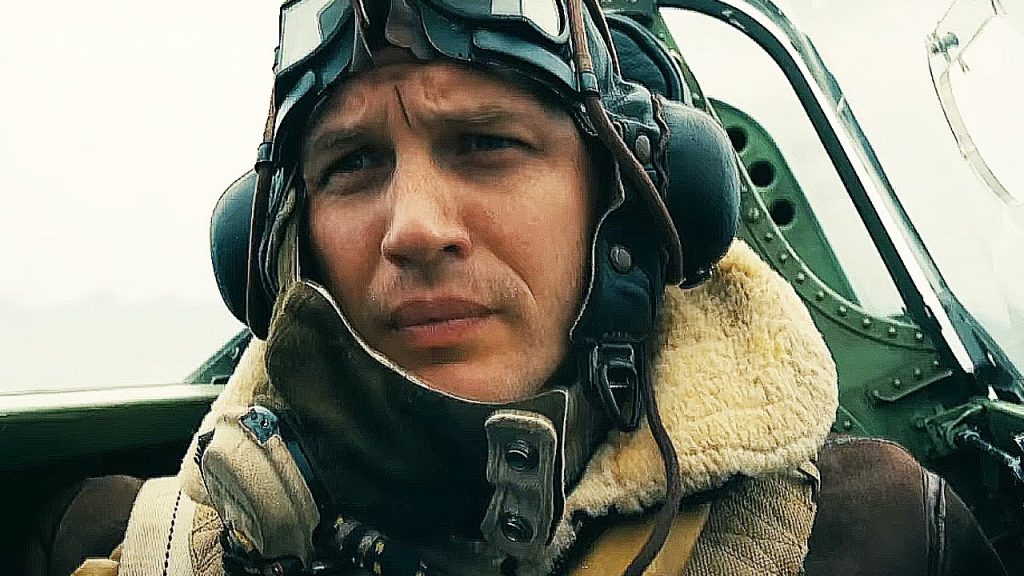 Usually I do a summer preview between now and mid-June—I did in 2015, and in 2014, but last year I couldn’t find my thrill for the summer, so just did a post-mortem around labour day.

With analysts expecting the Hollywood blockbuster season to be a total dud, thanks mostly to franchise fatigue—did anyone ask for fifth Transformers or Pirates of the Caribbean movies, more stinking Apes, or a Mummy movie starring Tom Cruise?—I’m going to dig a little deeper to suggest 12 pictures opening in cinemas from now until the end of August that (I hope) will be worth our time, trying to steer clear of some of the obvious blockbuster picks.

It’s interesting to think about these films on the weekend the Guy Ritchie King Arthur movie has been anointed a box-office disaster. Beyond the franchises, it’s more evidence the studios just have no idea what people really want to see. I see a lot of movies, but I know what I like—and a King Arthur movie from the director of Snatch isn’t it. Clearly it’s not high on the list of a lot of people.

I should say, this isn’t an I-hate-blockbusters screed—it’s the summer after all, and you should be able to find movies that go well with a box full of popcorn.

But first I’d like to offer a couple of disclaimers:

You’ll notice Alien: Covenant isn’t on my list. I’m moderately excited to see Ridley Scott return to this franchise when it opens on Friday—I was one of the few who had positive feelings about Prometheus—but the advance buzz for this one isn’t particularly good, and the trailer doesn’t feel like it brings a lot that’s new to the xenomorph mythos.

Also, the other Marvel movie of the summer following the terrific Guardians of the Galaxy Vol. 2 is Spider-Man: Homecoming. I’ll see it, too, and I liked Tom Holland as the teen webslinger in Captain America: Civil War. But again, the trailer is underwhelming, and we’ve certainly had our fair share of of so-so Spider-Man movies these past few years. They could’ve waited another decade to relaunch this franchise. Which is pretty much what I said when they first rammed Andrew Garfield down our throats.

OK, here we go: A dozen pictures that should deliver thrills in the coming 16 weeks, and, as usual, release dates are mutable.

You may not have seen much marketing for this new superhero picture, but the movie is coming your way: Directed by Patty Jenkins, who gave us Monster and Charlize Theron the opportunity to earn an Oscar. Remember when Joss Whedon was going to make it?  The Amazonian Princess has had a tough time getting to the screen, but given that she was the best part of the otherwise lugubrious Batman vs. Superman last year,  and they’ve also chosen to set it in World War I, I think this is going to be a lot of fun. Hopefully it’ll prove that female superhero movies are just as much a box office bonanza as the guys in tights so we see more of them.

While Hollywood desperately searches for another horror franchise to hang its fortunes on—witness last year’s effort to bring back The Ring—young filmmakers are making headway in the genre, producing new classics like Robert Eggers’ The Witch and David Robert Mitchell’s It Follows.  This could be 2017’s indie horror high-water picture. It’s from Trey Edward Shultz (Krisha), starring the reliable Joel Edgerton in a story about life in the woods after a particularly virulent virus has done terrible things.

Two movies you need to watch before Shaun of the Dead filmmaker Edgar Wright’s comedy-actioner, starring Ansel Elgort, Kevin Spacey, and Jamie Foxx, opens at the end of June: The Driver, Walter Hill’s 1978 existential thriller about a driver (Ryan O’Neal) evading a detective (Bruce Dern) on the mean streets of Los Angeles.

Then watch Nicolas Winding Refn’s Drive, which is deeply indebted to the earlier movie while being markedly different in tone and execution.

Then, and only then, should you strap in to watch Baby Driver, which should be a very fun take on similar genre elements.

Back in 1971, the legendary Don Siegel directed Clint Eastwood in a terrific gothic western where he played a civil war soldier who’s wounded and taken into a girl’s school where he proceeds to manipulate all the young ladies around him. This makes interesting material to adapt, especially by a filmmaker like Sofia Coppola, starring Colin Farrell as the soldier, Nicole Kidman, and Kirsten Dunst.

This summer Christopher Nolan steps away from the fantasy exploits of films like Inception and Interstellar to instead essay a straight-ahead World War II epic, the true story of thousands of British soldiers who in May, 1940, trapped by German troops on French beaches, were rescued by any and every British seaworthy craft. These stories have traditionally been action- and star-packed affairs like A Bridge Too Far or The Battle of Britain, a mix of reenactment and stock footage gummed up by sentiment, even the genuinely memorable ones like Saving Private Ryan. Nolan has always been too clever to deliver something conventional, but we’ll see on the 21st of July. At the very least, the trailer is impressive:

Valerian And The City of a Thousand Planets | July 21

This past week was the 20th anniversary of The Fifth Element, Luc Besson’s totally bonkers-but-delightful science fiction epic. His output since then has been spotty, to say the least, but he does have a knack for fantasy—consider his 2011 adaptation of Jacques Tardi comic, The Extraordinary Adventures of Adele Blanc-Sec, or the surprise, equally bonkers box-office smash Lucy. This looks no more restrained than any of those.

David Leitch is a stuntman-turned-director who worked on John Wick, so that should give you a sense of what’s in store with Atomic Blonde. I don’t know much about the plot other than it’s an espionage thriller set in the cold war, but the afore-mentioned Charlize Theron kicks all kinds of ass in it. I predict more action than spygames.

This dark comedy threatens to utilize Aubrey Plaza’s creepy magnetism to it’s full capacity: a woman becomes obsessed with an “influencer” she follows online and manages to locate her and twist her faux-perfect life into a pretzel. It was described by Variety as a, “semi-ironic, yet still-empathetic ‘Single White Female’ for the Facebook generation.”

In Katheryn Bigelow’s first feature since the career high of Zero Dark Thirty, she reteams with that picture’s screenwriter, Mark Boal, to set a story in the 1967 Detroit riots that killed dozens, starring John Boyega, Anthony Mackie, and John Krasinski. This looks and feels like prestige drama, awards-bait material, but an early August release date suggests that it might be more violently  intense than might traditionally garner accolades, which actually speaks well for the picture.

Michael Winterbottom has once again teamed up with his favourite age- and vitality-obsessed comedians, Rob Brydon and Steve Coogan, following The Trip and its sequel, The Trip To Italy. Both were originally released as episodic TV in the UK then recut for feature length release in North America, not necessarily a formula that guarantees much success, but in this case both were hilarious. Brydon and Coogan play exaggerated versions of themselves, improvising routines and competing with each other’s Michael Caine impersonations while ostensibly reviewing a series of fine-dining restos.

The return of Steven Soderbergh, one of the great American directors, to feature film following a five-year retirement in TV work (The Knick). This has been described as a heist movie, but probably not much like his Oceans pictures since it’s set in the world of NASCAR, starring Daniel Craig, Adam Driver, Channing Tatum, Katherine Waterston, and Riley Keough. The southern setting and imagery gives me a Coen Brothers vibe, which only makes me happy.  No trailer yet, but here are a couple of images to tickle your fancy: