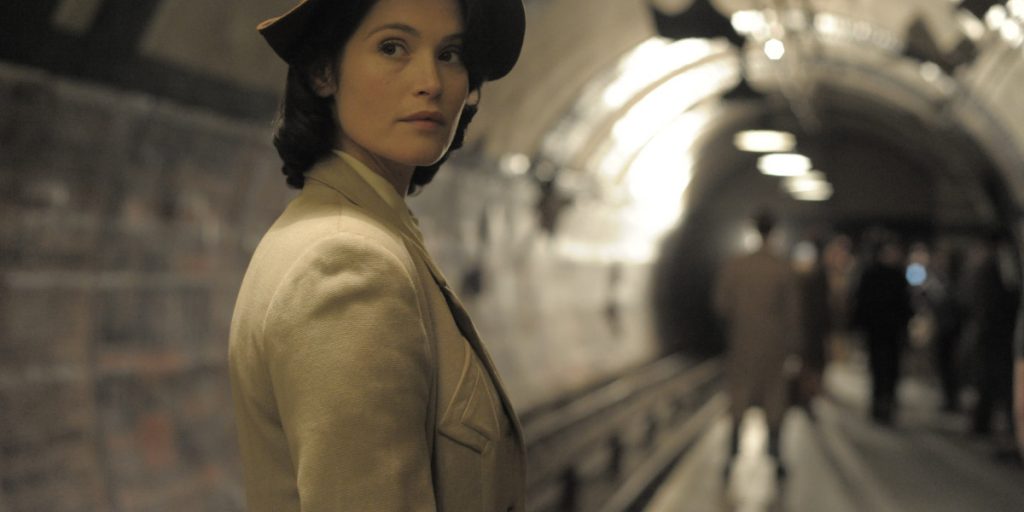 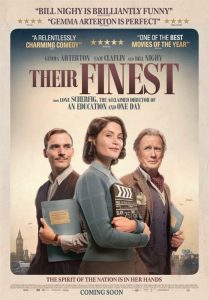 It’s the Blitz in London: Mrs Cole (Gemma Arterton) is a Welsh lady married to an unemployed painter (Jack Huston). She lands a job working for a film company, alongside curmudgeonly screenwriter Mr Buckley (Sam Claflin)—hired to write interstitial shorts, she pitches “an authentic and optimistic” feature-length piece of propaganda based on the “true story” of two sisters who headed for Dunkirk in their father’s boat to help rescue stranded soldiers. It’s just the tale the propagandists need, something with a “woman’s touch” when most of the men in the audience have been drafted and the bombs are falling all around.

The film goes into production, starring aging thesp Ambrose Hilliard (Bill Nighy, typically scene-thieving), while Mrs Cole deals with a forced separation from her husband and the struggles of being a woman in a business run by men. 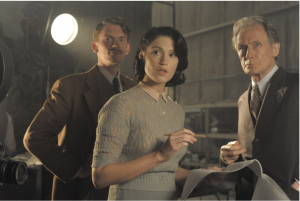 Arterton has been slowly building a terrific body of work in films like Gemma Bovery and Byzantium, and here solidly carries both a Welsh accent and the heart of the picture, with charming support from the likes of Richard E. Grant, Jeremy Irons, Jake Lacy, Rachael Stirling, and Helen McCrory. Danish director Scherfig, who’s cornered the market on very British stories such as An Education and The Riot Club, this time makes a “woman’s movie” about the making of a “woman’s movie.” The conventions of the way these films were made back in the day are embraced here with such loving authenticity and knowing optimism it’s hard to be critical of it—so blatantly celebrating its own cliches and winking at the audience along the way.

Besides, it manages to be moving, too.