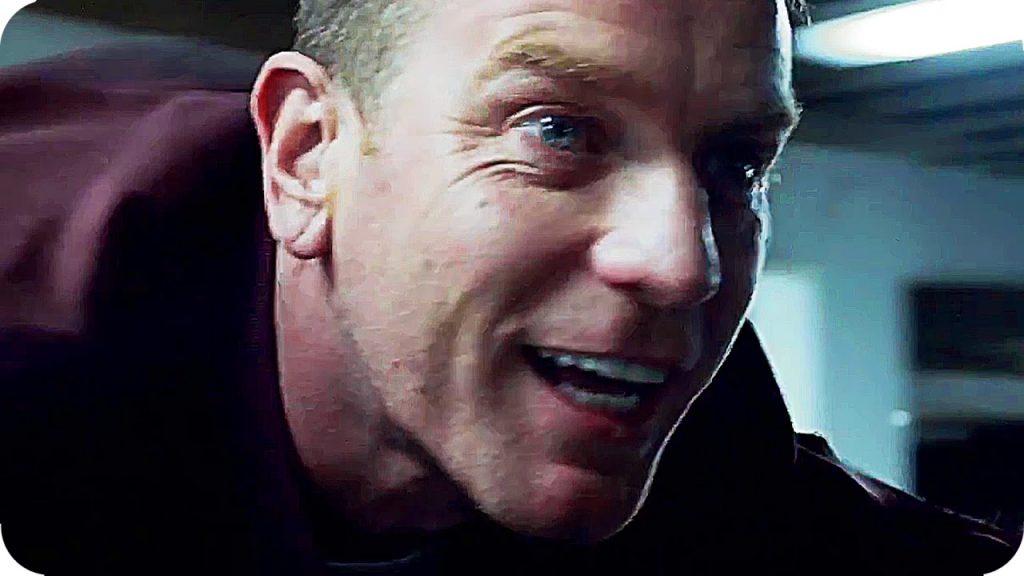 The late-coming sequel is a dicey proposition, but if you’re gonna do it, it’s nice to see the old gang get together—many of the original creative team in front and behind the camera from the 1996 film have returned. Even Ewan McGregor, who famously fell out with director Boyle when Boyle cast Leo DiCaprio in The Beach.  And T2: Trainspotting, despite its awkward title, is a largely worthwhile endeavour, a melancholy, mature effort allowing those formerly speedy, addicted young men a chance to reconcile with demons, friends, and the past.

The echoes of the 1990s haunt this new work more than you might expect, even including deftly inserted clips into the new film—fractious flashbacks. You feel the preceding 20 years in each character’s footfalls. Cleverly, we start with Mark Renton (McGregor) running on a treadmill in an Amsterdam gym. A spill and he’s down with a heart attack. The near-death experience sends him back to a much-changed Edinburgh and into his old life, reconnecting with his friends who he betrayed 20 years earlier: the remarkably unchanged Sick Boy (Jonny Lee Miller) and Spud (Ewen Bremner), and the psychopathic Begbie (Robert Carlyle), who’s itching to get out of prison. 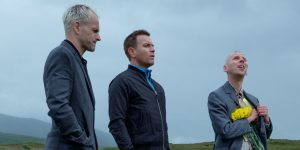 And though Boyle returns to some of his fizzy shooting and editing, the energy here is dissipated, kind of what happens from when you’re 26 to when you’re 46. These aren’t the young turks of 20 years ago, playing with possible HIV infections and overdoses every day rather than face up to the bleak reality of their dead-end lives. These are damaged, cynical men carrying with them a lot of bitterness and/or unresolved guilt.

While Renton was hiding away in the Netherlands, his mother died. He returns to his room, just as he left it with the train-lined wallpaper. He makes a big production of putting on a record but lifts the needle on Iggy Pop’s “Lust For Life” just as it launches. It’s no longer representative. 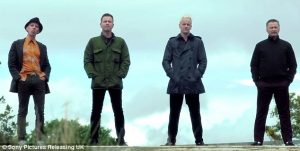 This is the film’s strength: how it flips the relentless fun and fury of the first film, the ups and downs of this group of addicts, to a slow-burning story of coming-to-grips, and what to do going forward. What to do with the next 30 years given that not so much that’s good happened in the last 20?

That’s not to say it’s a No Fun Zone: the fresh soundtrack kicks—though there’s no chance of it ever being as iconic as its 1996 predecessor—and there are a number of laughs to be had in these guys’ endless struggles and repeated mistakes, as well as in their laddish irrepressibility.  Listen for Renton’s voiceover to kick in… and the tone shifts. His silence early on is perhaps the biggest stylistic shift since the earlier film, which was the exception that proves the v/o rule.  And other familiar faces show up with their own ironic commentary: Diane (Kelly Macdonald) advises Renton that a Bulgarian woman he’s with, Veronica (Anjela Nedyalkova), is too young for him. LOLz.

As with the first film, the character stuff is stronger than plot. When Begbie’s white-hot vengeance becomes the driver, turning the film into a thriller with a strangely Blade Runner-esque denoument, it’s less interesting than just the character interactions and the lessons that they’re learning—Spud’s storytelling, Sick Boy’s resentment, and especially Renton’s feeling out of place. There are fragments of joy still here, lingering, if only in the fact these guys are still alive to fight with each other. 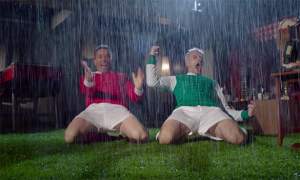 I hope this isn’t a spoiler, but Begbie’s final fate feels like the least interesting of multiple possibilities: The forgiveness he found for his son could’ve been extended to his old friends, too. But maybe that was one hit over the line.